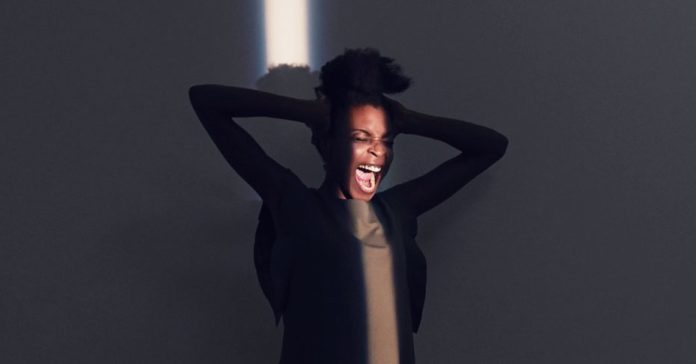 I scream, you scream, we all scream. For ice cream, sure, but also for fear, excitement, sexual pleasure, pain, anger, and—if online commenters are to be believed—memes 😱. Screaming is exhibited by many animals, but no species uses this extreme vocalization in as many different contexts as humans. Though we’re pretty good at recognizing a scream when we hear one, the wide variety of screams makes it difficult to pin down what defines them.

To study screams is to probe the fuzzy boundary that separates humans from the rest of the animal kingdom. It is a way to explore our prelinguistic past. Although we are fully symbolic creatures today, on occasion a trace of our primal selves bubbles to the surface in the form of a scream. Understanding its characteristics could improve the treatment of nonverbal patients, help fight crime, or simply make movies more frightening. But first scientists need to explain what makes a scream, a scream.

To that end researchers at Emory University’s Bioacoustics Laboratory recruited 181 volunteers to listen to short recordings of 75 nonverbal human vocalizations, such as screams, laughter, or crying. For each of the 75 sounds, the volunteers were asked whether they thought it was a scream. The researchers then analyzed 28 acoustic signatures of the sounds, such as pitch, frequency, and timbre, to determine which parameters influence the perception of a sound as a scream.

Most people would say that the defining characteristic of a scream is that it is loud and high-pitched, but previous scream research suggests otherwise. In 2015, David Poeppel, a neuroscientist at New York University and the Max Planck Institute, led a study to determine the acoustic qualities that differentiate fearful screams from other nonverbal vocalizations. To do this, Poeppel and his colleagues compiled a corpus of screams lifted from YouTube videos and ones recorded in their lab and then asked volunteers to rank them according to how alarming the sound was. Poeppel also imaged the brains of his volunteers as they listened to screams to see how these sounds affected neural activity.

The conclusions of Poeppel’s study were unambiguous. A defining characteristic of fearful screams was their roughness, a measure of how rapidly the loudness of a sound fluctuates. Although screams sound like a pure tone, they’re actually rapidly changing in volume dozens of times per second. Volunteers consistently ranked rougher sounds as more alarming, and the brain images showed that the amount of blood that flowed to the amygdalae, two small brain regions that process fear and other emotions, was correlated with the roughness of a sound. An important caveat with Poeppel’s research is that it was focused exclusively on screams of fear, which raised the question of whether roughness is a defining characteristic of all types of screams or just fearful ones.

The new research from Emory University, led by Harold Gouzoules, a psychologist and one of the few screamologists in the world, is an initial step toward answering this question. The study reveals that roughness is indeed a defining factor across scream types, but it is not the only one. Other parameters, such as an arcing pitch and a high fundamental frequency, were also common in sounds labeled as screams.

But the important thing, says Gouzoules, is that roughness is not unique to screams. He pointed to recent research by one of his colleagues at Emory that examined the acoustic signatures of infants crying, which also exhibited roughness. Likewise, one of the sounds that was mistaken as a scream by 71 percent of participants in his own study was a human whistle, which also had a high level of roughness.

Overall, however, Gouzoules’ data suggests that humans are pretty good at distinguishing screams from other nonverbal vocalizations, regardless of whether they’re fearful, excited, or aggressive. What he and his colleagues want to know now is whether we’re able to distinguish the meanings of screams without contextual clues. In other words, do screams of fear have different acoustic signatures than screams of joy or screams of aggression?

To get a better understanding of positive screams will require more data, which Poeppel and Gouzoules say is tricky to collect. Both researchers relied on a mix of screams lifted from the internet and screams recorded in their labs, but this raises a further question about how humans interpret screams: can we tell when someone is faking it? According to research published by Gouzoules in December, we’re not very good at telling when a scream is real or fake. In fact, the only consistent giveaway that a scream was fake was that it lasted too long—but who could blame Hollywood for indulging in drama?

For now, the research conducted by screamologists like Gouzoules and Poeppel is still exploratory, but it may one day find real-world applications. Gouzoules sees particular promise when it comes to medical issues that involve “vocally disruptive behavior,” such as dementia. In this context, being able to know when a scream suggests a patient is in pain would help doctors treat a person who is unable to speak.

The research may also find use among computer scientists who are training computers to recognize human screams in real-world environments. These sorts of smart sensors could, in principle, be deployed in public places to alert law enforcement when a person is in distress, similar to sensors designed to detect the acoustic signature of gunshots. While Gouzoules hasn’t ruled this out as a possibility, he says that the wide variety of human screams will make it difficult for machines to definitively distinguish one type of scream for another. Screams may be a primitive form of communication, but that doesn’t make them simple.

This video shows the hilarity of teaching parents how to use...

Cities do want to rethink regulations and avoid tech clashes, and...