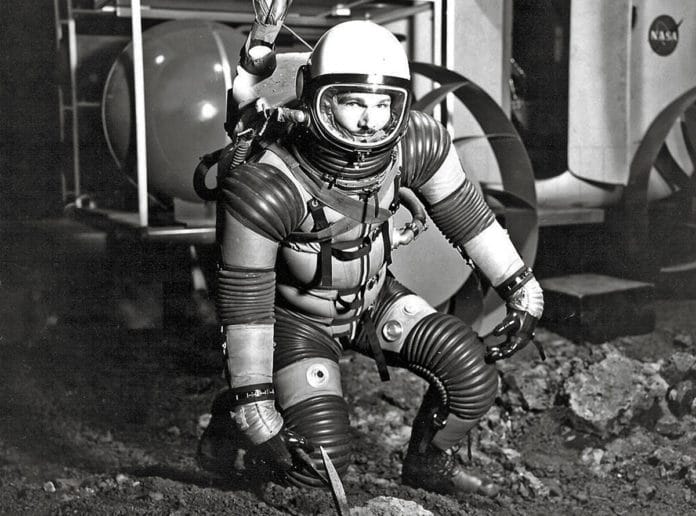 Putting a human on the moon was an epic feat of engineering. But another group of researchers made the Apollo missions successful — and they weren’t at NASA.

Geologists at the U.S. Geological Survey used lunar photographs and telescopes to make the first detailed maps of the lunar surface. They tested equipment and spacesuits in the rocky Arizona desert, even collecting rocks and measurements while fully suited. Without geologists, the Apollo missions might have been little more than rocket ship stunts.

Much of the credit goes to Gene Shoemaker, who dreamed of going to the moon well before the space race popularized the idea in the early 1960s. He coined the term astrogeology while studying the moon from afar and preparing to someday visit the lunar surface. By the time that dream was actually possible, a medical problem disqualified him from astronaut service. Still, he went on to become one of the most influential scientists in the space program.

In this image, Shoemaker demonstrates an early spacesuit prototype in 1964. He poses, of course, as if he were sampling rocks.