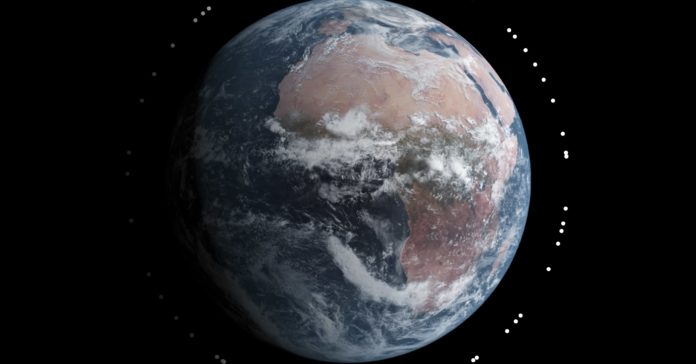 You can almost hear the gleam in Fred Kennedy’s eyes when he talks about the Space Development Agency, a new US Department of Defense organization. The agency’s new director, Kennedy uses words like agile and innovative. He makes statements such as, “We’re going to break a little glass and be a little provocative.”

Not the usual tone of a military man.

The Space Development Agency, which has only existed since March 12 (happy 2.36-month anniversary!), is supposed to define the what’s-next of military presence in space, develop it, and then make it a reality—fast. The vision, right now, mostly involves hordes of small satellites keeping constant watch and shucking constant intel to Earth (be not afraid). Later, the agency could keep watch on spacecraft speeding beyond the usual orbits.

The current administration has been hot on whipping up space initiatives, particularly in the form of new, nebulous organizations, like the (under-fire) Space Force and now the SDA. Space has become what military types like to call a contested domain, a place where one’s enemies are apt to mess up one’s operations. A Defense Intelligence Agency report details some of the anxieties up there: China and Russia can jam signals zipping up and down from orbit, and are working on satellites that can sidle up to other satellites and bully them. They have or soon will have “anti-satellite” missiles. India recently tested its own. There are laser weapons.

But are new bureaucracies the way to deal with new problems? Maybe yes, maybe no. Given that question, in its short life, the SDA has been the subject of military tumult, space sniping, and arguments about how goings on in orbit should be handled. Some say this agile space stuff should be the purview of organizations that already exist. Others say the SDA doesn’t have a solid enough idea of what it even is. As in every Rashomon story, everybody is probably a little right and nobody’s not a little wrong.

Kennedy, of course, is confident that SDA’s de novo nature makes it the best for doing novo kinds of space projects. Kennedy spent two years as director of the Tactical Technology Office at Darpa, everybody’s favorite creepy innovation station, before moving to the SDA. Prior to that, he’d spent 23 years in the Air Force, including a three-year stint as a Darpa program manager, and then became a senior policy advisor in the White House Office of Science and Technology Policy. Since the mid-1990s, his early Air Force days, Kennedy has been pushing for one of the ideas now underpinning SDA.

He never liked that the military relied on giant, expensive satellites that each hold great power and great responsibility inside their circuits, sensors, and software. Because they are costly and hard to replace, such single exquisite satellites stay in orbit past their prime and are easier to attack with missiles or hacks or whatever the favored weapon of the day is. Instead, the military could use swarms of small satellites—cheaper, simpler to update, harder to take down—that could work together to do the same big jobs.

Back when Kennedy first dreamed of distributing space labor this way, people didn’t take the strategy seriously. “If someone said ‘smallsats’ to you in 1995, mostly what you’d get would be snickers,” he says. Imitating the reaction, he adds, “‘Those are toys.’”

In the decades since, though, smallsats have morphed into a tried-and-tested space technology, courtesy of the commercial world: Companies use them to do global portraiture; to detect radio transmissions; to tabulate and forecast weather conditions; to track ships and planes; to optimize agriculture; and to make more internet.

Because the private sector has now made mature beasts of smallsats, and has started to mass-produce them, the government can now slip in, say thank you, and incorporate the miniature space stuff into its arsenal. “It’s really sort of unfrozen that structure and that culture,” says Kennedy. The notion that space can be fast, cheap, and good (usually a dubious proposition) has entered the mainstream, commercially and militarily.

As director of Darpa’s Tactical Technology Office, he oversaw the small-satellite Launch Challenge and a program called Blackjack, which in a lot of ways is a philosophical forerunner of the SDA. Blackjack, which is still ongoing, aims to make use of the giant constellations of small satellites that companies like SpaceX have planned. Darpa will build 20 satellites, based on standard commercial hardware, and they’ll network with the megaconstellations—an arrangement not dissimilar from the ones the military already has with communications companies, says program manager Rusty Thomas. The setup could handle things like missile defense, GPS substitutes, and radio communications. Proponents say it’ll be faster, put eyes on more of the globe for more of the time, and remain more resistant to mess-ups, since its abilities are spread across a battalion.

Officials expect Blackjack to launch and start running in a few years, demonstrating technology that can then transfer to other defense department agencies. Such as, perhaps, the SDA.

The SDA will hew to eight priorities that Kennedy says are “going unmet by the current space order of battle.” Those include creating an alternative to GPS, detecting and dealing with advanced missiles, spinning up AI to manage an “internet of military things,” and pushing the commercial sector in its quest for quick, small launch vehicles.

The agency’s first project may remind you of something, though, if your memory extends back a few paragraphs. In initial work, Kennedy hopes to have a suite of satellites in low Earth orbit that can beam data—from their own sensors and from higher-up satellites—to the ground, without the lag. “Everybody will be linked up,” he says. “There won’t be a soldier or a sailor or a marine who won’t have access to that net.” A net like that could be good, for example, if regular GPS flips out or if its signals seem suspect. After that, Kennedy and the SDA will move on to missile defense, in the form of a “global sensor net” to catch infrared waves from ill-intentioned cylinders.

But perhaps SDA’s most interesting mandate involves Earth’s only natural satellite: the Moon. Right now, most spacecraft stick close to the planet. But people—within the government and without—have plans to push to higher orbits and also to the Moon and also, maybe someday, past it. NASA is (okay, sure) going to the Moon in 2024; Jeff Bezos wants to deliver a lunar package, perhaps for NASA but also as part of a grand plan to support millions of humans living and working in space; Elon Musk wants to send a (now broke) billionaire and some artists around the gray golf ball. If all those objects and sentient beings are going to be out there, someone, the thinking goes, has to watch out for them.

After all, the contestedness of the domain will expand with the domain itself, and the military wants to be able to protect its future distant stuff and Elon’s future distant stuff, track what’s beyond geostationary orbit, sniff out suspicious behavior, and react if suspicions are substantiated. “This is reality,” says Kennedy.

But there’s another reality: Not everyone sees Kennedy’s vision, or the SDA itself, as an unequivocally good idea.

On the con side, we have Air Force secretary Heather Wilson, who went so far as to write a memo (very serious in military terms) in opposition to the SDA. (She is resigning at the end of the month to become a university president.) The agency duplicates initiatives and mandates that already exist, she said, in organizations like the Space and Missile Systems Center and the Space Rapid Capabilities Office. What is the SDA, exactly, that they are not? “Until the Space Development Agency has a uniquely identifiable mission that cannot be accomplished by current organizations, the plan should not move forward,” she wrote. According to a letter that SpaceNews got hold of, representatives Ted Lieu and Ken Calvert of California, echo her concerns.

On top of that, she sees much of its premise as unproven, writing that it is “premature to conclude” that a bunch of baby satellites in short orbits would work better than other options.

The objections apparently resonated: The federal appropriators want more details about what the SDA is and how it will play nice with the Air Force. In other words, contested domains can also be found right here on the ground too, in so-called friendly territory.

Kennedy shrugs off the infighting and the criticism. He believes in what he’s doing. He doesn’t think his plans buzz anyone’s airspace. And if you want space to be agile and innovative? “You’re not going to achieve that by asking a legacy organization steeped in its culture to stand on its head,” he says.

Also old: the fact that space is a contested domain. People often talk about it as a now thing, a new thing (just Google “space is no longer a sanctuary“). But if we’re being honest with each other, it has always been thus.

Today, more countries and more companies have an interest in space. People on the ground lean harder on all of that orbiting infrastructure. And laws and regulations haven’t quite kept up, making the whole arrangement precarious. But space has been about politics and power since before the very first object (Sputnik, but who’s counting) went to orbit. The Space Development Agency—whatever its budget or place in the bureaucracy—represents the latest bet on how to handle that best.

GizmoCrazed - October 16, 2020 0
In a world where it seems like technology is all around us, there are so many cool gadgets that have entered our daily lives....

Online catering marketplace ezCater gets another $150M at a $1.25B valuation