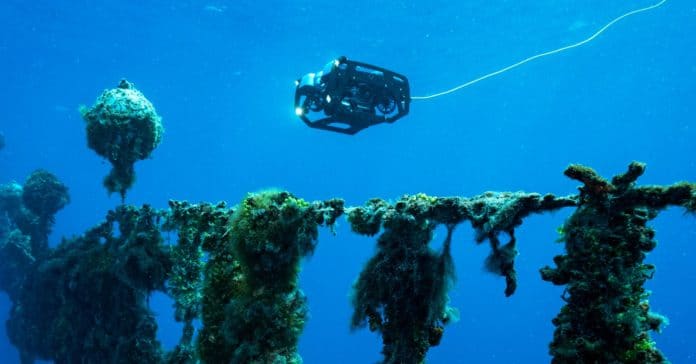 This week, the Democrats and President Trump are talking about a $2 trillion infrastructure plan, a number in line with American Society of Civil Engineers’ estimates for infrastructure needs, but it isn’t clear where the money will come from or if a bipartisan plan will actually move forward.

New technologies are threatening jobs, but they also offer the possibility of completing projects we otherwise couldn’t afford, minimizing disruption, improving safety, and optimizing systems in ways humans working alone could not. Robots and artificial intelligence can help us build the infrastructure we need, here and around the world. In short, the infrastructure robots are coming; in fact, some of them are already here.

In Minnesota, spider-like bridge-inspection drones crawl along high abutments and into narrow gaps while hovering drones inspect the undersides of bridge decks. Their access is better, cheaper, and safer with less disruption of traffic. Gas pipe repair robots allow utility crews in Boston, New York, and Edinburgh, Scotland, to finish a job in a third of the time, without digging up the street at every joint or interrupting service, because the robots can safely work inside pressurized lines. In Saudi Arabia and Mexico, water pipe inspection robots are inserted in one fire hydrant, carried by the water flow and captured with a net at another fire hydrant down the line, reporting the locations of leaks a tenth to a third the size old methods could find. In Connecticut, drones are replacing low flying helicopters for power line inspections.

In Oslo, Norway, submarine drones are mapping the landscape of underwater garbage: old tires and toys, plastic bags and the carcasses of abandoned cars, so boats with cranes and human divers can be deployed to clean up the fjords.

In Fukushima, Japan, engineers have embarked on a half-century project one expert called more challenging than putting a man on the moon: designing and building robots that can operate in an extremely challenging environment to find, recover, and seal the lost radioactive fuel from the biggest nuclear plant disaster cleanup effort in history.

The early infrastructure robots don’t use much AI. They are remotely controlled or tethered, relaying video to human operators to interpret, carrying tools a human operator can use from a distance, and relying on a human operator to tell them where to go. Their genius lies in their ability to squeeze into small spaces, levitate in the sky, or dive into the water and survive in harsh environments, going places humans can’t go easily, safely, cheaply, or at all.

But the next generation of these machines, it seems clear, will gain more autonomy, adopting computer vision, autonomous vehicle navigation and machine learning technologies. Semiautonomous drones and robots are in testing and early commercial deployment for inspection of industrial assets, land surveying, and sidewalk snow clearing.

It’s not a big step to imagine robots creeping through the gas and water lines all day and night, mapping their own course, quietly fixing leaks, docking at charging and maintenance stations as needed, like a Roomba underground. Aboveground robots could patrol the roads, the power grid, and the waterways, cleaning up trash and fixing potholes, electrical wires, and bridges or reporting what they can’t fix, directing a human crew to the spot.

Robots, sensors, and machine learning are being used to direct water to where we want it before it ever hits a pipeline and to reduce pollution. Tech startups in Boston and San Francisco are using sensors and machine learning to create hyperlocal air-quality and weather data and predictions. In crowded, industrial cities like Guangzhou, China, pollution-detecting airborne drones help law enforcement identify which factory should be punished for emissions. China has used chemical-carrying drones to disperse smog and to make rain and is considering the creation of a vast network of fuel-burning chambers, planes, drones, and artillery, guided by real-time data from satellites, to seed clouds over the Tibetan plateau, the source of most of Asia’s biggest rivers, an area three times the size of Spain.

Advances in robotics, hardware, and artificial intelligence have combined to make a new vision possible for how infrastructure maintenance and repair is carried out. More importantly, they offer a vision for how we might be able to afford to do the work we can’t put off forever.

There’s a rising army of robots, ready to serve.