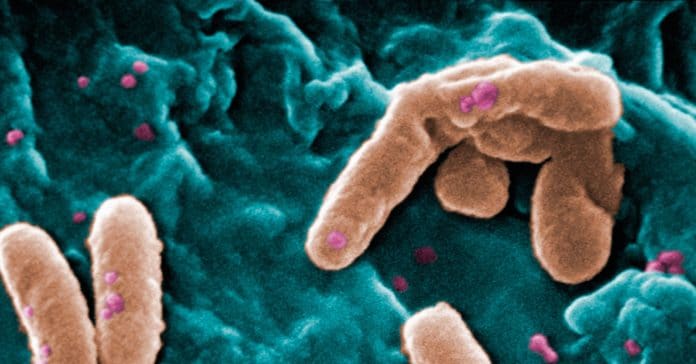 Viruses from a freezer saved a dying teen, hackers stole millions, and Adam Savage has some organization tips for you. Here’s what you should know, in two minutes or less.

A teenage girl in London found herself in life-threatening peril from cystic fibrosis, a genetic condition where the lungs can’t clear mucus or disease-causing bacteria. She had already had double lung transplants and was running out of options. So her doctors turned to scientists at the University of Pittsburgh, where the world’s largest collection of bacteriophages—viruses that prey solely on bacteria—was stored in freezers. Scientists identified phages that could attack the bacteria assaulting the patient, and now she is slowly recovering. The news is remarkable for many reasons, but largely because this marks the first use of engineered phages in a human patient.

A group of hackers were able to steal $40 million in bitcoin—along with lots of two-factor authentication codes meant to protect you from hacking—from a cryptocurrency exchange called Binance. While cryptocurrency hacks have run rampant in 2019 (more than $350 million has been stolen thus far), it’s much less common to see an established exchange like Binance get hacked and leak out so much extra information along the way.

Former Mythbusters host Adam Savage has some ideas on lists and checkboxes, and how they can change your life (Hint: He adds completed tasks to his lists just to experience the joy of checking them off.) Whether you’re already organized, or wishing you were, these tips might help.

If you’re already an audiophile, then you know the name Master & Dynamic. But if you don’t, our reviewer gave these cans a 9/10, and says their $500 price tag is justified down to the cent.

Watch out, Siri and Alexa: Google may have finally made a truly usable voice assistant.

COMING SOON: This daily roundup will soon be available via newsletter. You can sign up right here to make sure you get the very first one when it’s available!

A Streak of Madness

GizmoCrazed - November 4, 2017 0
A 37-year-old man’s sudden lapse into mania and paranoia eludes diagnosis until a final clue emerges. Kurt, like many patients brought to the psychiatric emergency...

Since China’s Ban, Recycling in the US Has Gone Up in...