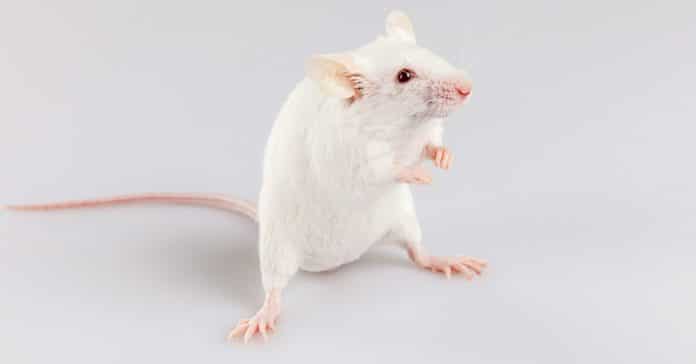 Steven Ramirez says you can save the Black Mirror references. He’s already heard his work compared to nearly every dystopian movie about memory—from the campy Total Recall and the shadowy neo-noir of Minority Report to the tragicomic heart-string-pulling of Eternal Sunshine of the Spotless Mind. But when you visit Ramirez’s lab on the southern shore of the Charles River in Boston, it looks a lot less like some slick workshop with sci-fi overtones and a lot more like a basement electrical supply closet recently struck by a tornado. Sure, amid the chaos of cords and cages there’s a $300,000 microscope and rows of plexiglas boxes that shoot lasers down optic fibers and into the brains of mice, but it’s a far cry from the lair of a mad scientist.

Ramirez first got that reputation in the spring of 2013, when as a graduate student he and a colleague at the Massachusetts Institute of Technology published a paper showing that they could implant a false memory into the mind of a mouse. Using optogenetics, in which lasers stimulate neurons genetically engineered to be sensitive to light, they made the rodent remember the trauma of an electrical shock it had never received. Since then, Ramirez has started his own lab at Boston University, where he’s now got a dozen or so students helping him pursue his long-term vision: the first 3D map of how memories work.

In his group’s latest paper, published today in Current Biology, Ramirez and company describe using a similar technique to identify the cells that hold the emotional components of a memory, and manipulating those cells to suppress or enhance the feelings associated with them. It is essentially a way to dial up or down the fear or pleasure that surges through your brain when you recall seeing a big spider or eating a fistful of french fries. Though the experiments were conducted in mice and are just a proof of concept, Ramirez says understanding how these regions of the brain play a role in enhancing positive memories or suppressing negative ones could unlock targets for treating psychiatric disorders like depression, anxiety, and PTSD.

“We’re never going to be going around sticking fiber optics inside the brains of human patients,” he says. Besides being ethically questionable, it would be massively impractical to have people hooked up to lasers for most of their lives. But by finding this cellular control dial, Ramirez hopes they can map what makes these neurons unique—maybe a receptor or some other physical feature. “Then we can start thinking of making compounds that attach only to that circuit, instead of flooding the whole brain like all the drugs we have today, all of which cause side effects. That’s the path we’re on, is charting the way to personalized medicine in the brain.”

“This is an exciting finding,” says Sheena Josselyn, a neuroscientist at Toronto’s Hospital for Sick Children, who also studies the cellular underpinnings of memory formation but was not involved with the latest study. As a field, she says, neuroscience is just starting to understand how emotional memories are stored. The road to translating these basic findings to therapies that could one day help people with emotional memory deficits is even longer and more challenging, she adds. But Ramirez’s latest paper moves the field “one step closer to achieving this goal.”

Every memory begins as an altered set of connections in the brain, whether that brain belongs to a mouse or a human. If, a year from now, you happen to remember reading this article, it’s because a network of neurons knit itself together more tightly, both physically and electrically. And if you happened to be doing something particularly pleasurable while reading this article—like munching a delicious pastry or cuddling with a loved one, the warm fuzzy feelings associated with these sentences will be encoded in a particular set of neurons in your hippocampus—a cashew-shaped structure located in the inner folds of your brain. If something terrible were to happen to you, a different set of cells in the same organ would record the ensuing emotions. Forever after, when you thought of this story, you’d retrieve from them those feelings of disgust or sadness. But if you were to let Ramirez fire lasers into your brain, he might be able to turn off those bad feelings.

At least, that’s his hunch, based on what he’s seen in mice. In his new study, his team identified the hippocampal cells that encoded negative feelings and modified them to respond to light. They then surgically inserted two optic fibers into their brains. Each mouse was shooed into a special plexiglass box, where it received a mild electric shock to its foot, leading the mouse to form a fearful memory of the cage. (And, they figured, some not great feelings about that.) A few days later, they returned each mouse to the cage and shined a laser into its brain twice a day, in the morning and evening, for five days in a row, forcing those neurons to fire over and over again. “We were trying to see if we could permanently reprogram a memory from within the brain,” says Ramirez. “It was like putting the brain cells on a weight-lifting program.”

What they found was that by artificially activating negative memory cells in the top part of the hippocampus, they could strip the mice of their traumatic feelings about the box. They no longer froze up every time they were placed in one. But location mattered: Stimulating memory cells in the bottom part of the hippocampus made negative memories even more vivid.

To complicate things even further, when Ramirez’s group brought its memory-altered mice into cages with other mice, they showed a dramatic dampening in social behaviors. They were no longer interested in the opposite sex or their favorite foods (condensed milk and cheddar goldfish crackers). Those results are currently unpublished, but they suggest that there’s more to therapeutically modulating memories than a dial you can simply turn up and down. “What we’re finding out is that the brain isn’t like a waffle, where this square is emotion, and that square is spatial navigation, and that square is depression,” says Ramirez. “It’s really more like a bowl of spaghetti, and we’re trying to disentangle it one strand at a time. But every end we pull on winds up tugging on a handful of others.”

Next, Ramirez is investigating what happens when instead of chronically activating a negative memory, you turn up the volume on a positive one. Could you, for instance, turn a negative memory into a positive one by artificially boosting the good-feeling brain centers while someone is recalling something traumatic? Could you use that to treat PTSD? Could you even go so far as to use feel-good memories to stave off neurodegenerative diseases like Alzheimer’s? Ramirez hopes to bring some rigorous science to the somewhat squishy study of positive thinking, to map how it remodels the brain, possibly protecting against aging and injury.

In the meantime, he’ll keep listening to the Lion King soundtrack and watching reruns of old Patriots games whenever he starts to feel sad or anxious.