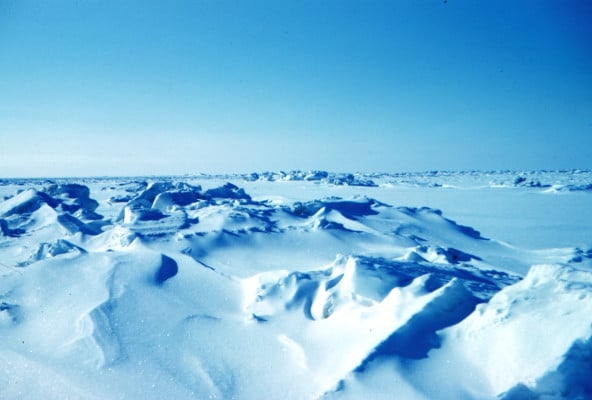 Cambridge University has proposed setting up a research center tasked with coming up with scalable technological fixes for climate change.

The proposed Center for Climate Repair is being coordinated by David King, an emeritus professor in physical chemistry at the university and also the U.K. government’s former chief scientific adviser.

Speaking to the BBC this morning, King suggested the scale of the challenge now facing humanity to end  greenhouse gas emissions is so pressing that radical options need to be considered and developed alongside efforts to shift societies to carbon neutral and shrink day to day emissions.

“What we do over the next 10 years will determine the future of humanity for the next 10,000 years. There is no major centre in the world that would be focused on this one big issue,” he told BBC News.

In an interview on the BBC Radio 4’s “Today” program, King said the center would need to focus on scalable, low-cost technologies that could be deployed to move the needle on the climate challenge.

Suggested ideas it could work to develop include geoengineering initiatives, such as spraying sea water into the air at the north and south poles to reflect sunlight away and refreeze them; using fertilizer to regreen portions of the deep ocean to promote plankton growth; and carbon capture and storage methods to suck up and sequester greenhouse gases so they can’t contribute to accelerating global warming.

On the issue of nuclear power, King said interesting work is being done to try to develop viable nuclear fusion technology — but also pointed to untapped capacity in renewable energy technologies, arguing there is an “ability to develop renewables far more than we thought before.”

If established, the Center for Climate Repair, would be attached to the university’s new Cambridge Carbon Neutral Futures Initiative, which is a research hub recently set up to link climate-related research work across the university — and “catalyse holistic, collaborative progress towards a sustainable future”, as it puts it.

“If [the Center for Climate Repair] goes forward, it will be part of the Carbon Neutral Futures Initiative, which is led by Dr Emily Shuckburgh,” a spokeswoman for the university confirmed.

“When considering how to tackle a problem as large, complex and urgent as climate change, we need to look at the widest possible range of ideas and to investigate radical innovations such as those proposed by Sir David,” said Shuckburgh, commenting on the proposal in a statement.

“In assessing such ideas we need to explore all aspects, including the technological advances required, the potential unintended consequences and side effects, the costs, the rules and regulations that would be needed, as well as the public acceptability.”