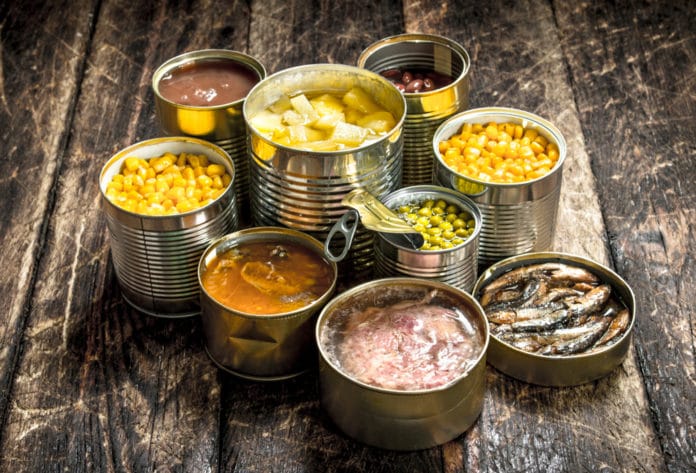 You probably already had a feeling you should skip the vending machine for an afternoon snack. But it turns out ultra-processed foods are even worse than we already thought.

A new study, out in Cell Metabolism, shows these foods cause weight gain even when they don’t have more fat, sugar, or carbohydrates than their healthier counterparts. There’s something about the processing itself that causes people to eat more before they feel full. On the flip side, switching to a whole food diet — even with no calorie restriction — can lead to measurable weight loss in just two weeks, the researchers found.

Claims like this crop up all the time, but it’s always been tricky to isolate the “processed-ness” of various foods from other factors that often go along with it. The foods have more salt, sugar and fat; less protein, less fiber; and the people who eat them most might also have lower socioeconomic status, higher stress or exercise less. But researchers wanted to get all that other stuff out of the way to look at whether processing foods alone made any difference. It was no small feat.

“These kinds of studies are very rare and the way that we did this really relies on our ability to have the facilities that we do,” says Kevin Hall, lead researcher on the study. He’s chief of the Integrative Physiology Section at the National Institute of Health (NIH).

To pull off the study, twenty volunteers checked themselves into an NIH facility. And they didn’t leave — for a whole month.

“If we allow people to leave, which we didn’t … we don’t know if they are sticking to the diets or not,” says Hall. “That’s a big problem in nutrition science in general.”

Only in the past decade or so have diet and nutrition researchers started talking about foods in terms of how processed they are. On the natural end of the spectrum, you’ve got foods like fruit and veggies, steaks and beans. Somewhere in the middle you’ve got things like roasted and salted nuts, canned tuna and most cheeses (these are, technically, “processed”). On the other end are the hot dogs and frozen heat-and-eat meals. These ultra-processed foods have five or more ingredients, often many more, and are made up of oils, preservatives and other substances that you wouldn’t find in your pantry.

These foods go through serious manufacturing between when the raw ingredients are picked, caught or slaughtered and when something resembling food reaches your taste buds. During that processing, whole foods are broken down into their component parts (like corn oil or whey protein concentrate or citric acid) and then re-constituted into something else (like Doritos).

A Month At The NIH

The participants, 10 men and 10 women in their early thirties, each around 170-175 pounds, also got 60 minutes of low intensity exercise per day. As the days went on, researchers weighed the subjects and kept track of how many calories they ate at each meal. 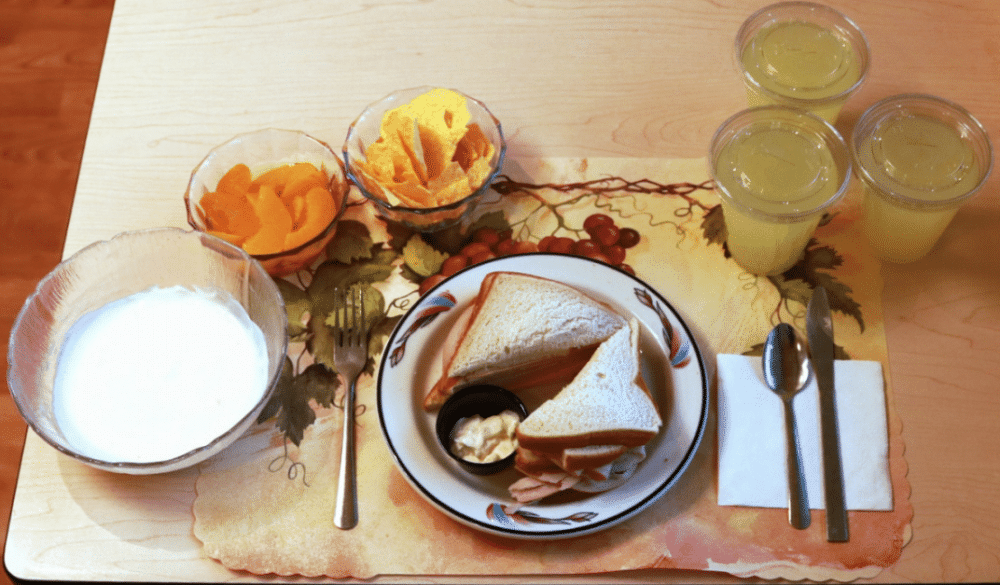 Researchers learned that ultra-processed foods cause weight gain, even when controlled for things like carb and sugar content, after a super-controlled diet experiment. Participants ate experimental meals for a month straight, including this ultra-processed dinner of deli turkey and American cheese on white bread, baked potato chips, canned peaches in heavy syrup, and vanilla nonfat greek yogurt. To drink, diet lemonade.

The participants were always presented with precisely twice the amount of food they would need to maintain their weight — so they could always eat until they were full.

The researchers also measured a laundry list of other vital signs, like blood glucose levels, insulin resistance, energy expenditure, cholesterol … you name it.

The bulk of these vital signs remained unchanged regardless of which diet the participants were on. But at the end of two weeks eating only ultra-processed foods, everybody gained, on average, 2.5 pounds. They ate 500 more calories a day on the processed diet, the researchers found. And most of those extra calories came from fat and carbohydrates.

But after two weeks of unprocessed foods, everybody lost the same amount of weight on average, regardless of where they started: 2.5 pounds.

I hope you’re thinking: But ultra-processed foods have more fat and carbs than their health food counterparts!

“I certainly didn’t think we’d get as big of an effect size once we matched for the nutrients the way that we did, especially the salt and the sugar and the fat,” says Hall.

The participants were given the same amounts of everything, but could eat what they wanted on their plates. Although they ate more fats and carbs on the ultra-processed diet, they ate the same amount of protein on both.

But ultra-processed foods are delicious and healthy food is not, of course people eat more!

Well, the researchers thought of that, too. They didn’t want any problems arising from personal preferences or because someone’s never seen quinoa before. So the participants were all asked to rate their food on its tastiness and familiarity. The meals on the two diet plans came out equal for both.

“[Kevin Hall] gave us two gifts,” says Carlos Monteiro, not involved in this study, who has been studying ultra-processed foods for a decade. Monteiro is a professor of nutrition and public health at the University of Sao Paulo, Brazil.

“One [is] showing that there’s a causal relationship between ultra-processed foods and weight gain,” he says. “And the second one is that reformulation will not work.”

Reformulation, as Monteiro explains it, is the idea that producers can make their processed foods healthier by adjusting the proportions of nutrients. Lower the fats, carbs, sugars and salts in processed foods; raise the protein and fiber. But this study shows that won’t necessarily work — processed is still worse, all else held equal.

Figuring out why this is, though, will require more research. “We don’t know exactly what we are losing when we change from foods that we’ve made part of our diet for millions of years to these recombinations of macronutrients,” says Monteiro.

Hall and his team published the full menus from the study alongside their research article. Before I opened it, I was fairly confident of what would be in the ultra-processed meal plan: hot dogs, French fries, candy, maybe some Kool-Aid.

I was not prepared to see what I’d consider a fairly normal spread. A sandwich with lunch meat, baked potato chips and blueberry yogurt. A (canned) bean and cheese burrito on a tortilla with (jarred) salsa and sour cream. A bagel and cream cheese. Cheerios. I’m no expert on how the majority of Americans eat, but I’m willing to go out on a limb and say that this feels normal to me.

And eating this way, the people in the study gained 2.5 pounds in 2 weeks.

Then those same people switched from sweetened fruit yogurt to plain Greek. They ate way, way more fruits and vegetables and meats from the deli counter and all the nuts they wanted. Everything was fresh — they even switched their beans from canned to dried. They didn’t count calories. They didn’t restrict carbs. They didn’t eat vegan, or paleo or sugar free. And they lost 2.5 pounds in 2 weeks.

Now if you’ll excuse me, I need to buy some groceries.

Top 10 Abused Drugs and Their Effects

GizmoCrazed - November 11, 2013 0
Drugs and drug abuse is a common problem around the world, but do you completely understand their short and long term effects? Here are...

‘Jackrabbot 2’ takes to the sidewalks to learn how humans navigate...

Bose's AR sunglasses use sound, not a screen to augment reality