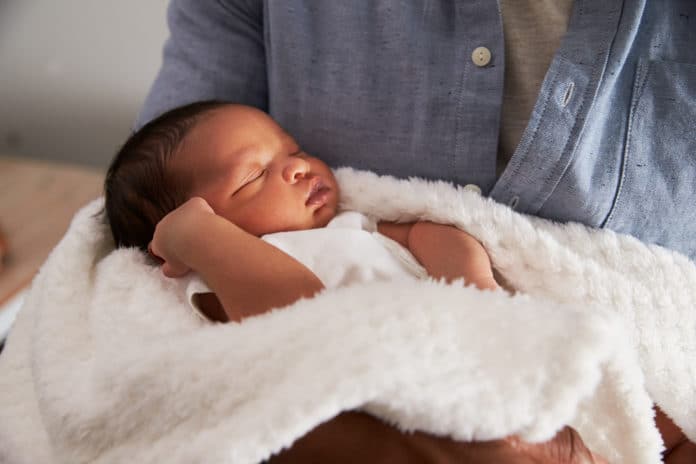 Don’t get a big head, your mother may have told you. That’s good advice, but it comes too late for most of us. Humans have had big heads, relatively speaking, for hundreds of thousands of years, much to our mothers’ dismay.

Our oversize noggins are a literal pain during childbirth. Babies have to twist and turn as they exit the birth canal, sometimes leading to complications that necessitate surgery. And while big heads can be painful for the mother, they can downright transformative for babies: A fetus’ pliable skull deforms during birth like putty squeezed through a tube to allow it to pass into the world.

This cranial deformation has been known about for a long time, but in a new study, scientists from France and the U.S. actually watched it happen using an MRI machine during labor. The images, published in a study in PLOS One, show how the skulls (and brains) of seven infants squished and warped during birth to pass through the birth canal. They also shine new light on how much our skulls change shape as we’re born.

The researchers recruited pregnant women in France to undergo an MRI a few weeks before pregnancy and another in the minutes before they began to actually give birth. In total, seven women were scanned in the second stage of labor, when the baby begins to make its way out of the uterus. They were then rushed to the maternity ward to actually complete giving birth.

The results are shocking, if not totally surprising. Skull warping is a normal part of birth, a result of millions of years of evolution that’s given us large brains and smaller pelvises. As expected, all seven normal babies saw their heads change shape as they were born to conform to their mother’s birth canal. This is just the second time the process has been seen in action, though, and the resulting images are striking.

Five of the babies were delivered naturally, and two were delivered by cesarean section. Five babies had their skulls return quickly to a normal shape, while two remained deformed for a longer period of time. All but one baby was healthy, as measured by the post-birth APGAR test assessing physical signs like breathing, color and muscle tone. The single baby that scored lower in the one minute post-birth on the test went on to score normally at 10 minutes. 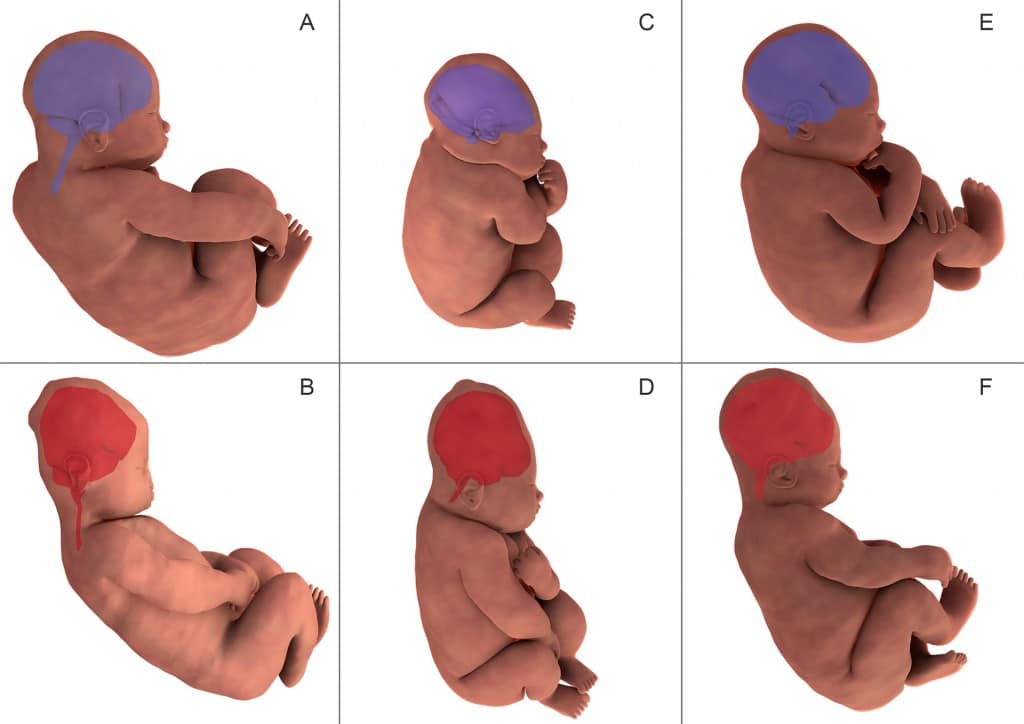 A reconstruction of a fetus before (top) and during (bottom) labor showing how the brain changes shape. (Credit: Ami et al./PLOS One)

Bent Out of Shape

The most noteworthy finding for the researchers was how much each babies’ skull changed as it passed through the birth canal. A baby’s skull is not one single bone like an adult’s, but instead composed of a few sections joined by tough tissues at so-called “sutures.” These sutures allow the skull to change shape as a baby is born, sliding over and under one another much like the Earth’s tectonic plates.

How much a skull changes is based on things like the shape of the mother’s birth canal, the baby’s head size and likely the strength of the tissues holding sutures together. Some deformation is necessary for a baby to make it out of the birth canal, but too much can be a sign that something is wrong. The two babies that were delivered by C-section and the naturally-delivered baby with initial health problems all also had the most deformation. 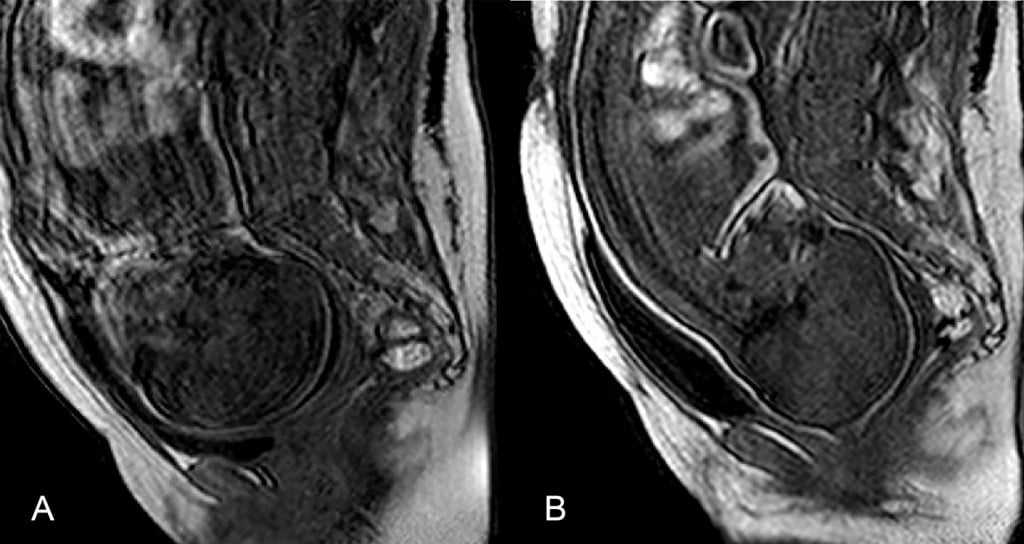 An MRI of a fetus before (left) and during (right) labor showing how the skull deforms. (Credit: Ami et al./PLOS One)

Most infant’s skulls pop back to normal shortly after birth, but the researchers did find that two of the seven babies they studied retained a “sugar loaf” shape for some time, though without any observable health effects. And the scientists add that understanding just how far a baby’s skull shifts during birth helps explain why it’s somewhat common for newborns to have bleeding in the eyes and brain. That bleeding isn’t usually harmful for a baby, but it does seem likely that the deformations their skulls go through aren’t without their side effects.

This study was quite small, so the researchers do note that more work needs to be done to get enough data for actual statistical work. But, as a proof-of-concept, the study works quite well, and it should help doctors better predict whether an expectant mother is likely to face birthing difficulties, or if the fetus could be at risk. (One of the study authors, Olivier Ami, is also working to create a software system that can diagnose women at risk of troubled births using MRI scans.)

The researchers also say that their work helps question the definition of what a normal birth actually is. Usually defined as a vaginal birth with minimal effort, they note that one such birth in their study led to a baby that wasn’t totally healthy, possibly because its skull had deformed to a greater extent. The definition of a normal birth should be updated to include some measure of an infant’s brain health as well, they say.

GizmoCrazed - December 2, 2010 1
There is no shortage of manufacturers looking to develop Android accessories as Android is the top selling smartphone in the market today. We have rounded...

Ring’s Jamie Siminoff and Clinc’s Jason Mars to join us at...