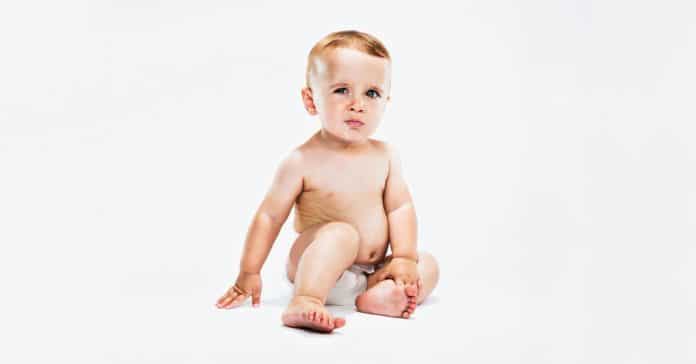 The year 2019 isn’t even halfway over yet, and it’s already the worst year for measles since NBC stopped airing episodes of Saved By The Bell. Since January 1, the rash- and fever-causing virus has sickened 880 people across 24 states. That’s more than all the cases of the past three years combined. The epicenter for this year’s spike is two outbreaks in New York State—in Brooklyn and Rockland County—that public health officials have been struggling to curb since last fall. And the longer the virus continues to circulate in these communities, and spread to new ones, the more likely it is the US will be plunged back into a time when measles hotspots persist as a constant daily presence.

“Of the more than 3,400 cases of measles reported in the US from 2001 to 2019, one third have occurred in the past 18 months,” Adria Lee, a measles epidemiologist with the Centers for Disease Control and Prevention, said on a call with physicians and reporters Tuesday. She added that 94 percent of the cases reported so far in 2019 have been acquired in the US, not imported from abroad. “The ongoing outbreaks in close-knit communities and increased global measles activity is putting the US at risk for losing its elimination status.”

If you recall your epidemiological history, the US declared measles eliminated in 2000. Since then, sporadic annual outbreaks have stemmed from unvaccinated travelers bringing the virus back as a most unwelcome souvenir of their time abroad. These flare-ups used to be easily contained by the high walls of herd immunity. But growing anti-vaccine sentiment and viral misinformation campaigns have left increasingly numerous pockets of the country vulnerable, leading to larger and longer outbreaks. And all it takes is 12 months of a single strain of measles circulating within its national borders for the US to lose its hard-won elimination status.

In case you were wondering how close the nation is to crossing that threshold, put September 2019 on your calendar.

That’s when the longest-circulating measles strain, D8, will have been spreading on American soil for a whole year. According to the CDC, D8 is the main strain being transmitted through the Orthodox Jewish communities in New York State, and was originally imported there from a traveler to Israel. It has been in the CDC’s infectious disease surveillance system since September 2018. If it doesn’t get stamped out in the next few months, the US will become the second country in the Americas to return to the dark pre-elimination ages. And while nothing material will happen on that day—no national alert text notification or mobilizing of the National Guard or anything like that—it is a symbolic backslide for the US. Losing elimination status not only puts the US at risk for other infectious diseases, it jeopardizes the country’s role as a global leader in public health.

“We showed other countries that if you do what we did, you too could get rid of measles,” says Walter A. Orenstein, who was the director of the United States Immunization Program at the CDC from 1988 to 2004. Currently, Orenstein leads Emory University’s Program on Vaccine Policy and Development, but for 26 years he was the US vaccine czar, overseeing two presidential initiatives, first under Carter, and then Clinton, to expand the nation’s collective immunity to infectious diseases, chief among them, measles. “Every World Health Organization region now has the goal to eliminate indigenous measles transmission. It was in part the success of the US that helped in triggering that. We demonstrated it was doable in a country as large and populated as the US.”

On March 16, 2000, Orenstein was among the officials that convened a panel of 22 experts to discuss the state of measles in the US. For nearly four decades, since the invention of the first measles vaccine, the national public health agency had been striving toward a singular goal—driving the virus from US borders. Through a combination of policies that required schoolchildren to get vaccinated and made the highly effective shots accessible to the poorest parts of the population, by the late ’90s, measles was sickening only about 100 people per year—less than one case per million Americans. And nearly all of the cases were imported. The special commission’s job was to decide if that was good enough to finally declare measles stamped out.

While the group of doctors, epidemiologists, and public health experts agreed that the virus appeared to no longer be circulating within US borders, they argued over how to label the accomplishment. They couldn’t really say that measles had been eradicated, for practical purposes more than anything. With the rest of the world, minus Cuba, still firmly in the grips of a measles contagion that killed a quarter of a million people every year, it would have been close to impossible to ensure that travelers and immigrants wouldn’t bring at least a few cases across US borders now and then. They could call it “eliminated,” but many worried that this would be confusing for the general public, and could even instill a false sense of security, potentially unraveling a decades-long vaccination campaign. But in the end, elimination stuck, because people like Orenstein thought it would be useful for the rest of the world to have a measuring stick, a milestone on the way to total eradication. The definition they agreed upon was the absence of endemic measles transmission in a region for greater than 12 months in the presence of a well-performing surveillance system.

The Americas—an area encompassing 35 countries and 12 territories—reached this goal just a few years later. But it wasn’t until 2016 that the WHO declared it the first of six global regions to eliminate measles. The other five committed to accomplishing the same goal by 2020. Now the chances of that happening are looking increasingly grim. In the first four months of 2019, 179 countries reported 168,193 cases of measles, an increase of 117,000 over 2018, according to the WHO. The biggest spikes have hit Madagascar, Ukraine, and the Philippines, where thousands of children have died. These upticks aren’t happening in a vacuum—the Philippines, Ukraine, and Israel account for the majority of cases imported into the US.

The reasons for these recent failures vary from political instability to economic turmoil to vaccine hesitancy, which the WHO cited as one of the top 10 threats to global health in 2019. And in an increasingly connected world, elimination status is fragile, as the US is finding out. It’s a lesson its neighbor to the south, Venezuela, has also learned recently. Racked by a collapsing economy and crumbling health system, vaccination rates sank to a dismal 52 percent in 2018. An ensuing measles epidemic sickened 7,809 and killed 74. It lost its elimination status in June of last year and has yet to claw it back.

If the US does lose its elimination status, it won’t be due to economic chaos or a lack of public health resources; it will be because viral misinformation proved harder to contain than the virus itself. Orenstein thinks the time has come for a new presidential initiative designed to combat not structural barriers to vaccination, but philosophical ones. “I’m sad and frustrated to see people suffering unnecessarily because they just don’t understand the facts,” he says. With better behavioral research, maybe it will be possible to find messaging that works. Because the need to combat vaccine hesitancy is bigger than just the current outbreaks.

“Measles, because it’s so contagious, is an indicator disease,” says Orenstein. “It’s often the first one you see, but it means that other vaccine-preventable diseases are also on the rise.” Measles might be making headlines today, but tomorrow the story could be about something much worse.

GizmoCrazed - October 1, 2017 0
(Credit: therealdrmiami/Snapchat) To thousands of dedicated followers on Snapchat and Instagram, he’s Dr. Miami, a plastic surgeon who has made a name posting sometimes graphic...

Shortly, even the CEO will be outsourced to an online labor...

Google's plan to fix texting on Android is really about the...