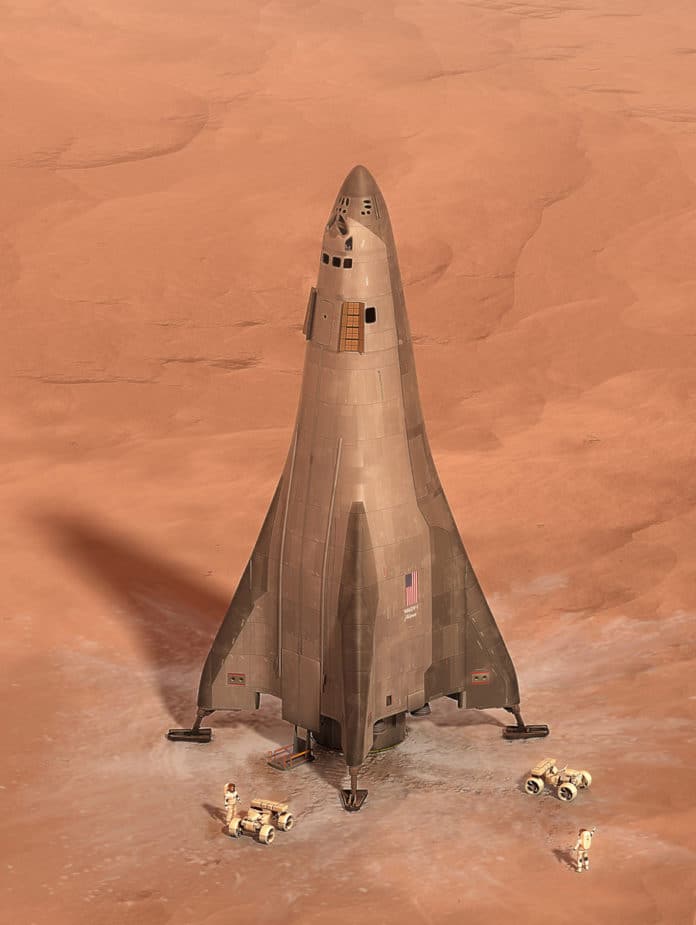 Humans have walked on only two worlds in the solar system — Earth and its moon. But it’s looking more certain that Mars may be the next member of this exclusive club. Along with NASA, private companies like SpaceX and Mars One are itching to put boots on the Red Planet. Human exploration could certainly improve the science performed on Mars, but our arrival could also have important implications in the hunt for life.

Whether or not life ever managed to evolve on Earth’s red neighbor remains an open question. Conditions on Mars don’t support large creatures, but microscopic life-forms may have once thrived in the planet’s oceans. They may even survive today in the sparse pockets of water on and below the Martian surface. If so, it’s possible they could be similar to Earth’s life-forms: Life may have managed to jump from one world to the other by riding on rocks flung off their surfaces by asteroids.

The alternative would be no less significant. If Mars is barren, and researchers find that life evolved only on a single planet in the solar system, it reveals how difficult it is for living organisms to arise in the first place, with implications for the rest of the universe.

But there’s an automatic difficulty in clearing up the mystery of “life on Mars,” an inherent catch-22: Any astronauts touching down to investigate life could contaminate the area with their own microbes, making it impossible to know the truth. NASA has long had protocols in place to limit such contaminations, but with the increased pace of private efforts, and the growing likelihood that actual humans may reach Mars, those standards might have to change.

Steve Clifford, a senior research scientist at the nonprofit Planetary Science Institute, thinks any human landings made without serious precautions are bad news. “If the commercial firms are allowed to pursue their agendas, Mars will be irreversibly contaminated when the first human sets foot on Mars,” he says. Right now, we’re stuck between our ambitions and our curiosity.

Interplanetary contamination is a very real concern. When the Apollo astronauts returned home after their lunar jaunts five decades ago, they were quarantined; scientists worried they might bring back potentially lethal material that could spread on Earth. While that fear was quickly put to rest, future samples of Martian materials could carry dangerous microscopic organisms. Stringent quarantine procedures are in place to minimize that concern.

More worrisome, and equally realistic, is the reverse possibility, that something from Earth could contaminate Mars. Imagine the confusion if instruments on the Red Planet do detect an organism, but can’t confirm whether it originated on Mars or stowed away on a poorly cleaned spacesuit. As Tanya Harrison, a Martian geologist at Arizona State University, puts it: “What if we mess up the biggest discovery in human history?”

Clifford points out a far worse scenario. What if native life exists on the Red Planet, but an Earth microbe wipes it out? “In our search for life, we might be responsible for the extinction of the very first alien biosphere that we detect,” he says.