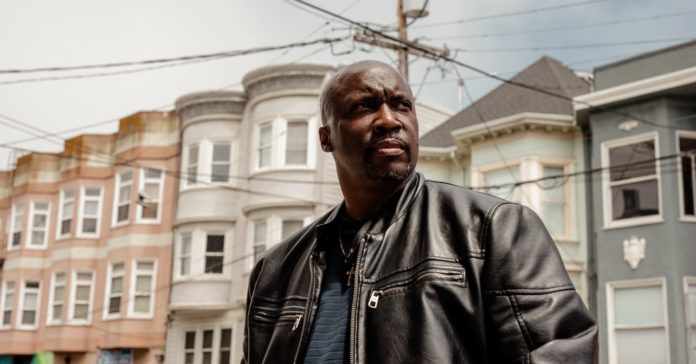 This past Valentine’s Day, Shawn Richard stood before the San Francisco Planning Commission and made the case for why the board should let him open the first cannabis dispensary in the city’s legendary Upper Haight neighborhood.

Given the Haight’s legacy as the epicenter of the weed-fueled counterculture movement, his shop would be historically significant. But it would be notable for more than its physical address: Richard is the first approval in San Francisco’s cannabis equity program, which is intended to “lower barriers to cannabis licensing for those hardest hit by the War on Drugs”—whether that’s for growing, distribution, or dispensaries.

Three decades ago, Richard was sitting in Folsom State Prison, doing a three-year stint for dealing cocaine. He’d grown up near the Haight, specifically at the Boys Club (now known as the Boys and Girls Club), where he spent pretty much every hour he wasn’t at school. He began selling drugs at 13, got busted and did his time at Folsom, and began selling again upon his release. But on Easter Sunday, 1995, his little brother was gunned down, “trying to be like his big brother,” Richard told the Planning Commission. Devastated, Richard quit dealing and founded a nonprofit called Brothers Against Guns, which to this day works to reduce gun violence in the city.

His pitch worked, and the commission gave him their blessing to open up shop. These weren’t the people that sent him to prison three decades ago, obviously. But an equity program like this one, which went into effect in 2018, means giving opportunities in the booming cannabis industry to those who’ve been affected by the War on Drugs—in particular people of color like Richard. While black and white Americans consume cannabis at about the same rate, black Americans are almost four times as likely to be arrested for possession.

“Don’t give us no pity party,” he tells me in a coffee shop on Haight Street, next door to his under-construction dispensary. “We’re talking about the government. They will never admit wrongdoing, and that’s OK. But if you read between the lines, if you come from where I come from, you know. It’s their way of saying we’re sorry.”

Passing a resolution is only one piece of what it takes for the city to get that apology right. As with virtually every aspect of cannabis, from our understanding of the plant’s biology to the environmental effects of outdoor cultivation, social scientists know little about how equity programs like this might work best. In Oakland, slow-moving bureaucracies, among other things, have caused equity applicants to struggle to launch their businesses. Yet equity programs like those in San Francisco and Oakland still hold the promise of righting historical wrongs. “Looking at the racist history of the drug war, it’s important that equity be in the conversation around legalization,” says Rodney Holcombe, staff attorney at the Drug Policy Alliance.

But because the drug is still considered a schedule I substance by the federal government, launching a business has extra hurdles. “Traditionally, with most businesses, folks have access to banks to obtain loans,” Holcombe says. “That just doesn’t exist.” If you don’t already have the cash, you’re going to have a hard time lining up the capital needed to rent a storefront, acquire stock, or pay workers.

Meanwhile, there’s competition from established big cannabis companies, particularly from Canada, where weed is now legal across the country. Two massive Bay Area dispensaries, Apothecarium in San Francisco and Harborside in Oakland, were recently acquired by Canadian companies. Moreover, well-funded canna-businesses have reportedly been trying to use equity applicants as a kind of Trojan horse to win applications. “The big dogs,” Richard says, “will come in and say, Hey man, we’ll give you $100,000, let us use you as an equity applicant. We’ll sign this operational agreement and we’ll give you 1 percent, 5 percent, 10 percent of the business. Now, if you’ve never seen that type of money, that’s exciting.” Richard says he turned down several such offers, but declines to say from whom.

“It’s a Game of Thrones,” says Nina Parks, a cannabis activist and consultant who helped build San Francisco’s equity program. “You have to get off your little fiefdom and get together, because the White Walkers are coming to wipe everything out. We have to preserve our culture. That’s the only way there’s going to be redemption.”

San Francisco’s equity program doesn’t yet have a robust support system for guiding equity applicants through the process, or much of a way to support the new businesses once they open their doors. So Parks and her colleagues are helping fill the void of information with their own services, in particular something called Equity Sessions. It’s a six-part workshop that covers everything from supply chain logistics to resources on how to talk to customers about the intricacies of cannabis, and even how to operate point-of-sale systems.

“There’s a high learning curve,” says Parks. “San Francisco’s equity program was supposed to have a lot of educational services and business classes and all sorts of different access to things for our equity applicants, and we just haven’t gotten there yet.”

Nor does anyone know yet what it takes for an equity program to succeed. “That’s a huge question mark at the moment,” says Leslie Valencia, a cannabis equity advocate and data analyst for Equity Sessions, who’s researched equity programs. “How do we even know if these programs are working? How are we going to measure that?”

So in Oakland, in order to qualify as an equity applicant, you have to make less than 80 percent of the area median income and either have lived in a historically overpoliced neighborhood or been convicted of a cannabis crime. In San Francisco, organizers decided to concentrate more on the community aspect. Thus two of the criteria for applicants in San Francisco (you have to meet at least three of six total options) is you need to have attended an area school or lived for at least five years in census tracts with incomes 17 percent below the federal poverty level.

Criteria like these bring their own complications. Oakland and San Francisco are both rapidly transforming metropolises—San Francisco has few low-income neighborhoods remaining thanks to gentrification, and the average home price currently sits at $1.35 million.

The biggest takeaway as researchers and activists trudge through the development of equity programs: There’s no universal template. A rural place like Humboldt County in Northern California is literally and metaphorically miles away from San Francisco or Oakland, and even San Francisco and Oakland are miles away from one another because of demographics and the rate of gentrification.

“That has been, I feel, the most challenging part,” says Valencia. “You use data and you create criteria out of this data, but it’s been very difficult to justify the criteria and to even qualify for the criteria.”

The nice thing about data, though, is that these researchers will only have more at their disposal as these programs evolve. And that’ll be critical as more states legalize cannabis and, inevitably, the federal government ends its prohibition.

“I think it’s going to take quite a while to get right,” says Holcombe. “My hope is that other jurisdictions that do decide to create these sorts of programs are able to look at the examples, be they good or bad, in the programs that already exist to create even more equitable policies moving forward.”

Richard, meanwhile, is thinking well beyond his soon-to-be cannabis shop. The community organization he helps run, the San Francisco Equity Group, is on a mission to help other disadvantaged cannabis entrepreneurs get on an equal footing with Big Cannabis, in the city and beyond as more states legalize. Think of a future San Francisco not just pockmarked with the Walmarts of dispensaries but with loads of mom-and-pop outfits as well.

“I’m looking at the bigger picture,” Richard says. “I’m able to not just help myself, but I’m able to help others. Folks that own the big dispensaries, they don’t know what the community is.”

A Spectrometer Paints Plants in a New Light

Nintendo Switch Online costs $20 per year and comes with 20...

This is one smart device that every urban home could use

How To Hide Your Secret Data In A Text File