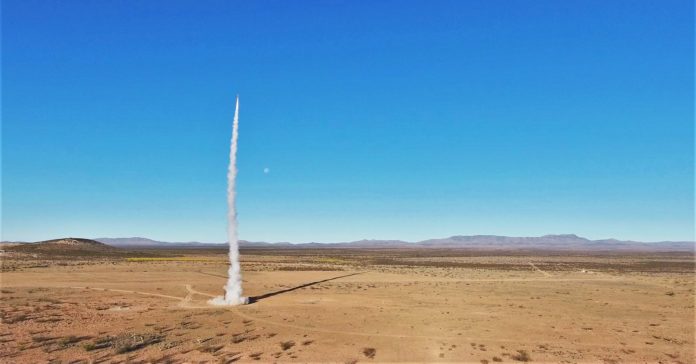 A group of undergraduates from the University of Southern California became the first students ever to launch a rocket into space, as WIRED reported last week. The rocket, Traveler IV, reached an altitude of 339,800 feet and a top speed of 3,386 miles per hour. (For reference, that’s about six miles higher than Blue Origin’s first flight).

“We were absolutely ecstatic,” says operations lead Neil Tewksbury, a rising senior, describing the moments after the launch. “We didn’t know at that point if we had made it to space or not … but at that point we knew that the rocket had worked and had stayed intact and was still transmitting data. Which was unprecedented for us to be getting data on the way down. So we knew the rocket worked, we thought there was a pretty good chance it made it based on all of our simulations, and we were all crying.”

Since its founding in 2005, USC’s Rocket Propulsion Lab has been trying to put a rocket in space, and continuity has been one of the team’s biggest challenges.

“What’s hard about college is that we’re only here for a couple years. The longest-standing people in the lab have only been here for three and a half years. And you lose your best 25 percent every single year,” Tewskbury says. “So we have to work really hard on carrying forward our data, carrying forward what we know, what we learned, lessons learned, try not to repeat the same failures over and over.”

WIRED’s Arielle Pardes had the chance to speak with Tewksbury this week about the launch, the process of building the rocket, and much more. You can see the interview in the video above.