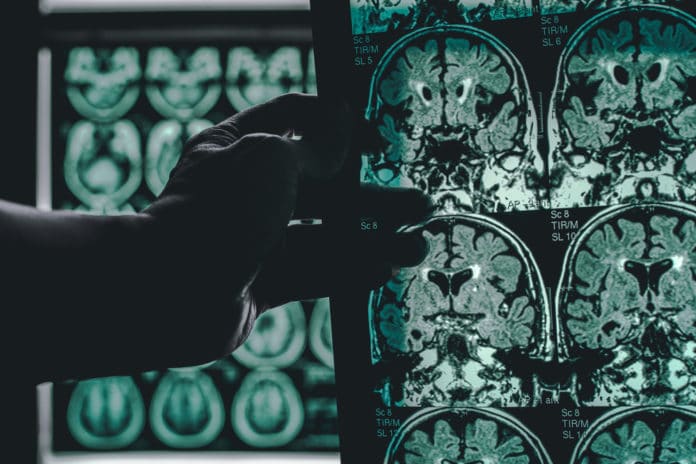 Most of us know that high levels of “bad” cholesterol in our blood can increase our risk of developing cardiovascular problems. Now, a new study gives us another reason to keep cholesterol levels in check. High cholesterol may also play a role in the development of early-onset Alzheimer’s disease, a research team has found.

This rare form of dementia can strike people between their mid-30s and mid-60s. Previous studies have linked early-onset Alzheimer’s to problematic genetic mutations, but these risk factors only explained about 10 percent of cases.

That left the vast majority of early-onset Alzheimer’s cases a mystery. But new research published this week in JAMA Neurology may provide some answers. A team of researchers at the Atlanta VA Medical Center and Emory University has linked early onset-Alzheimer’s to elevated levels of LDL cholesterol — or low-density lipoproteins, which is sometimes called the “bad” type of cholesterol. Researchers say that people in their study with high levels of LDL cholesterol were more likely to have early-onset Alzheimer’s disease, compared to those with lower cholesterol levels.

LDL cholesterol is a type of fat in the blood that can build up in arteries. Over time, these plaques can narrow arteries and increase the risk for heart attacks, strokes and other cardiovascular problems. But healthy cholesterol levels may be important for brain health, too. Previous studies have linked high cholesterol to an increased risk of developing the more common, late-onset form of Alzheimer’s. But it wasn’t understood if there was also a connection between cholesterol and the early-onset form of the disease, which affects around 200,000 people in the United States.

The researchers found that around 10 percent of people in their study with early-onset Alzheimer’s had a variation of the APOE gene, which aligns with previous studies. The variant, called APOE E4, is known to raise levels of circulating cholesterol and has been tied to late-onset Alzheimer’s cases as well.

At least one of three other known genetic mutations — APP, PSEN1, and PSEN2 — were found in around 3 percent of people who suffered from early-onset Alzheimer’s.

But the risk factor involved in the vast majority of early-onset Alzheimer’s cases were elevated LDL cholesterol levels. Even after accounting for the APOE gene variant, the risk between LDL cholesterol and Alzheimer’s remained. This suggests that high cholesterol alone could increase risk for the disease, the researchers said.

No link was found between Alzheimer’s and HDL cholesterol, which is considered the “good” kind of cholesterol. A slight association was seen with triglyceride level, which is another kind of fat found in the bloodstream.

Although the study provides new insight into the causes of this complex condition, more research is needed to fully understand the link between the disease and cholesterol.