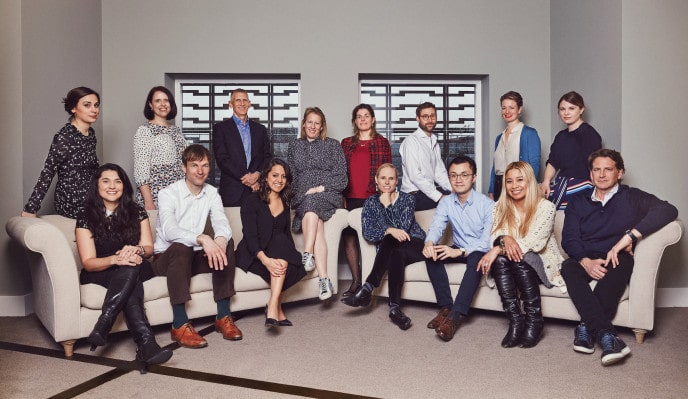 Generation Investment Management, the firm co-founded by environmentalist and former Vice President Al Gore, was built on the premise of backing sustainable startups. Now, as the idea of sustainability starts to gain wider traction, the firm is doubling down on the concept.

Today, Generation is announcing that it has closed a $1 billion Sustainable Solutions Fund for growth investments. As the name implies, it plans to put the $1 billion to work backing later-stage startups that work on sustainability in at least one of three areas — environmental solutions; healthcare; and financial inclusion, including the future of work — and are creating financially sustainable businesses out of that focus.

Typical investments will range from $50 million to $150 million, and there have already been two made out of the fund before it closed, both indicative of the kinds of investments Generation plans to be making.

Andela — the startup that pairs companies needing engineering talent to work on projects with developers based out of Africa — in January announced a $100 million round. Also that month, Sophia Genetics — the company that applies AI to DNA sequencing to help formulate more accurate medical treatments — raised $77 million led by the firm.

This is Generation’s third growth fund and the largest raised by the firm to date, which itself is a sign of the swing we’ve seen in the tech world.

In general, founders, workers and investors all remain relentlessly focused on growing new ideas. But along with that there has been a rising conscientiousness of the massive role that tech plays in shaping the world, and so some are now trying to make more of an effort to use that for more meaningful outcomes.

“You are seeing how sustainability is attracting high-performing entrepreneurs,” said Lilly Wollman, partner and co-head of the Growth Equity platform, in an interview. “They care about the mission, and that is also driving financial performance.”

“We believe that we are at the early stages of a technology-led sustainability revolution,” said Al Gore, chairman and co-founder, in a statement, “which has the scale of the industrial revolution, and the pace of the digital revolution.”

In the case of Generation, it’s also an indication that the firm — which has $22 billion under management today — is providing impressive enough returns on its mission to drive more interest from LPs to grow the commitment to back it.

“There is a recognition of this momentum,” added Lila Preston, a partner who is the growth platform’s co-head, “of the 15 years the firm has already spent on this concept and the work it’s put into it. We see this as a movement, but one with a road map based on research and understanding.”

It’s also notable to me that the two people leading the growth team are women. Wollman noted that 60% of the Generation team is female, with the employee base spanning eight nationalities. “The firm believes more diversity leads to better outcomes,” she said.

Consumers are also playing a big role. Of all the good, bad and ugly that has been wrought by the rise of social media, one of the positives has been how social platforms have been used to raise awareness of issues such as climate change and inclusion. We may be getting into more online fights with our distant cousins (and closer friends and relatives), and sometimes issues like trying to curtail emissions gasses seems like an insurmountable challenge. But some will also use what they read about and watch online as inspiration to try to make a change.

“One of the things that is so interesting in this moment is that we are at an inflection point,” said Wollman. “Sustainability is winning on economics alone. You see sustainable products and solutions that are both efficacious and cheap. People are buying electric vehicles not just because they are green, but because they are starting to become cheap enough, and provide better performance.”

That’s bringing in a new wave of investors to the mix, and it’s interesting to see how some more conventional investors are even starting to take a bigger step into making mission-driven investment decisions. (Just yesterday, in the U.K., Balderton co-led a large round for Wagestream, a startup aimed at helping promote financial inclusion by creating a way to easily and cheaply draw down money from monthly paychecks. Generation hinted that it too might be making an investment in a startup working in a similar area in the weeks to come.)

“It helps to have a set of co-investors to ask questions related not only to ‘what are your growth metrics’ but ‘how does what you are doing affect the wider world,’ ” said Preston. “We are finding an increase of sophistication, which we think is positive recognition. Given the context of our shift, whether it’s a new economic model or climate change, we are going to need masses of capital to drive sustainable solutions and re-frame what is successful.”