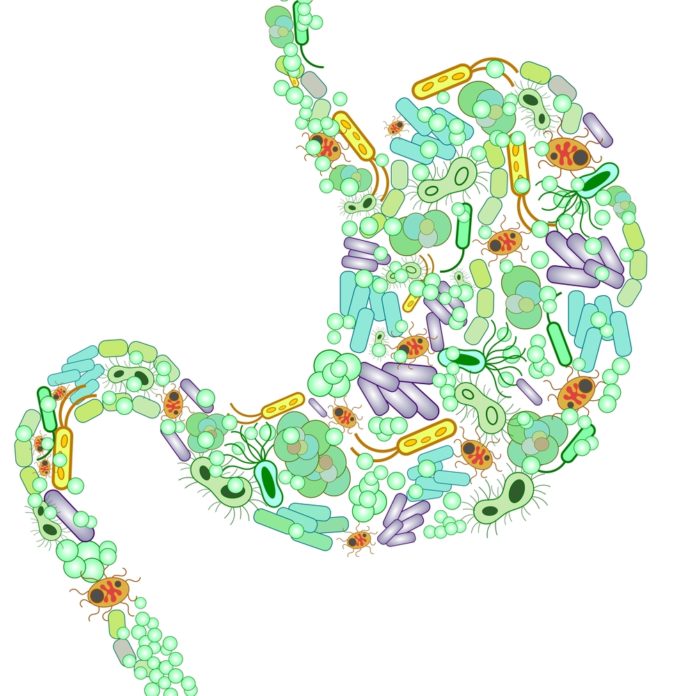 The microbes that live in and on our bodies are fundamentally involved in our well-being. How they affect our health, though, is largely unknown due to the number of different bacteria that call us home and the complexity of our interactions with them.

A project from the National Institutes of Health, the Integrated Human Microbiome Project (iHMP) is attempting to dive into those interactions and understand the nitty-gritty of how the microbiome affects human health and disease.

Three new studies from the project each tackle a different aspect of human-microbe interactions.

One looks at how the microbiome changes in inflammatory bowel disease, another at how respiratory infections might lead to type 2 diabetes, and the third examines how the vaginal microbiome may predict preterm birth.

Curtis Huttenhower, of the Harvard T. H. Chan School of Public Health, and colleagues investigated the collection of microbes that live in the digestive tract, known as the gut microbiome, of 132 participants. Some participants were healthy, while others had Crohn’s disease or ulcerative colitis, two common forms of inflammatory bowel disease (IBD). The participants underwent a colonoscopy at the beginning of the study and then gave blood samples four times per year and stool samples every two weeks for a year. The large amount of data, collected over a year-long span, allowed Huttenhower and his team to look for changes in the gut microbiome of participants with IBD when they had flare ups.

The researchers found that all participants’ microbiomes changed over the course of the study, but the most striking shifts happened in those with IBD. Their microbiomes were less stable, and the populations of microbes shifted to a greater degree. And those with IBD had higher levels of polyunsaturated fatty acids and low levels of vitamins B5 and B3 in their guts during flare-ups, the team reports in the journal Nature. The findings provide the most comprehensive description of IBD to date, the researchers say, and could lead to new therapies for the condition.

More than 100 million Americans have diabetes or its precursor, prediabetes. But researchers know little about what makes prediabetes progress to Type 2 diabetes, a chronic condition where a person’s sensitivity to insulin — a hormone that helps us regulate blood sugar — is lower than normal. Michael Snyder, a genomicist at Stanford University in Palo Alto California, who led another of the new studies, and colleagues tracked more than 100 volunteers for nearly four years. The team collected blood samples as well as stool and nasal swabs from the participants about every three months. They also gathered extra samples when participants were sick, gained weight or received immunizations and antibiotics.

One of the main takeaways from their analysis, Snyder and team report in the journal Nature, is that people’s microbiome’s are relatively stable when they’re healthy, but their collection of microbes can radically change when they get sick. And these changes are different in people with insulin resistance — those likely to have prediabetes or type 2 diabetes — compared with those whose bodies are still sensitive to insulin. For example, insulin-sensitive individuals mounted a rapid and sustained immune response when they got a respiratory infection. Insulin-resistant participants, on the other hand, did not. The findings uncover a new link between respiratory infections and metabolic disorders like Type-2 diabetes, the researchers say, and could help scientists find how diabetes begins in the body.

In the United States, about 10 percent of babies are born premature, with a disproportionate amount of those newborns birthed by African-American mothers. Premature birth in surviving infants can lead to breathing problems and feeding difficulties, as well as developmental delays. But the cause of a baby’s early arrival is often unknown, making strategies for predicting preterm birth difficult.

Previous research has implicated urinary tract infections, sexually transmitted infections and even dental diseases as possible causes. The potential role of inflammation from infections led Gregory Buck, a microbiologist at Virginia Commonwealth University in Richmond, and colleagues to investigate the vaginal microbiome of more than 1,500 women over the course of their pregnancies. The study included a cohort of predominantly African-American women who gave birth to 45 preterm and 90 full-term babies. The analysis revealed mothers who delivered preterm had significantly lower levels of a microbe called Lactobacillus crispatus than the women who delivered at term, the researchers report in the journal Nature Medicine. Preterm mothers also had higher levels of other microbes such as BVAB1, a bacteria associated with a common vaginal infection, compared to full-term mothers. The findings suggest the vaginal microbiome may be a useful predictor of preterm birth, particularly when assessed early in pregnancy.