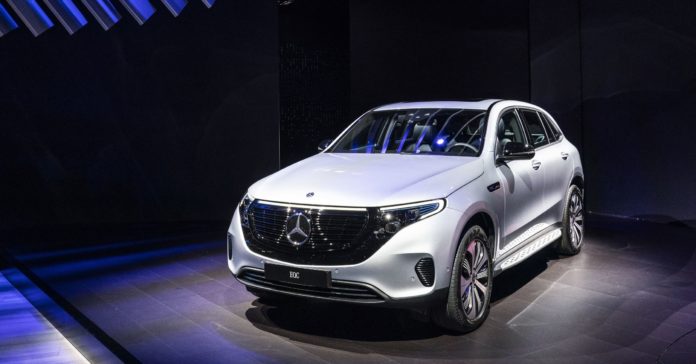 This story originally appeared on HuffPost and is part of the Climate Desk collaboration.

Mercedes-Benz owner Daimler AG has set the most ambitious target of any major automaker to cut its planet-warming emissions, promising a fully carbon-neutral fleet of passenger cars by 2039.

The German company said Monday that electric vehicles will make up more than half its total car sales by 2030, and that it’s working to roll out lines of zero-emissions trucks, vans, and buses.

The announcement marks the most aggressive timeline any carmaker has yet set to slash its emissions, 11 years ahead of Volkswagen Group, which vowed in March to launch 70 new electric vehicles by 2028 and become fully carbon neutral by 2050.

“To us the Paris Agreement is more than an obligation—it’s a conviction,” Daimler said in a press release, referring to the 2015 climate accords. “And we have set a clear course to help prevent climate change.”

Yet the automaker gave few details. And while its new voluntary targets are unprecedented, the timeline remains far slower than what scientists say is needed to keep planetary warming under 1.5 degrees Celsius (2.7 degrees Fahrenheit), the target set by the Paris Agreement.

That misalignment highlights the limitations of corporate self-policing, a reality underscored by Daimler’s continued membership in trade associations that lobbied the Trump administration to reverse Obama-era fuel efficiency rules.

Daimler timed its announcement to the rollout of the Mercedes-Benz EQC, its new all-electric sports utility vehicle. The company said wind turbines will power its German production lines for both the vehicle and the batteries that power it, and promised to use renewable electricity at all its European factories by 2022.

It plans to phase out sales of combustion-engine cars over the next 20 years, which is bound to make a bigger impact, as emissions from automobiles make up 15 percent of human-caused greenhouse gases. But it’s largely a response to growing demand for electric vehicles, particularly in China, the world’s largest auto market. And trucks make up the bulk of Daimler’s business, which generated $8.5 billion in profit alone last year. The 2039 timeline announced Monday excluded trucks and heavy-duty vehicles.

The company declined a request for an interview.

“Let’s be clear what this means for us: a fundamental transformation of our company within less than three product cycles,” the company said in the press release. “That’s not much time when you consider that fossil fuels have dominated our business since the invention of the car by Carl Benz and Gottlieb Daimler some 130 years ago.”

The two-decade shift, while fast for a corporate giant, fails to meet the roughly 11 year deadline by which United Nations scientists last year said global emissions must fall roughly 45 percent.

“On the one hand, it is stunning that Daimler wants to move forward when Trump and the US auto industry are moving in reverse,” Daniel Becker, director of the DC-based Safe Climate Campaign’s Center for Auto Safety, said by phone. “On the other hand, 2039 is slow given what we face in terms of global warming, and the devil is in the details with this kind of things.”

Daimler’s subsidiaries remain affiliated with the Alliance of Automobile Manufacturers, the National Automobile Dealers Association and the Association of Global Automakers, the trio of trade groups that hailed victory last year when the Trump administration axed fuel efficiency rules that would have cut oil consumption by 12 billion barrels and tailpipe emissions in half.

Becker noted that the company is aiming for carbon neutrality rather than detailing specific plans to reduce emissions outright, leaving the door open to fruitless efforts to offset gases instead of eliminating them. As an example, he cited plans President George H.W. Bush touted at the 1992 Earth Summit in Rio de Janeiro to plant new trees in the Amazon to counteract emissions. Years later, those trees were chain-sawed down, Becker said.

“If you’re depending upon some forest … continuing to grow to be carbon neutral, that’s not a guarantee,” Becker said. “If you’re going to slash emissions, that works.”