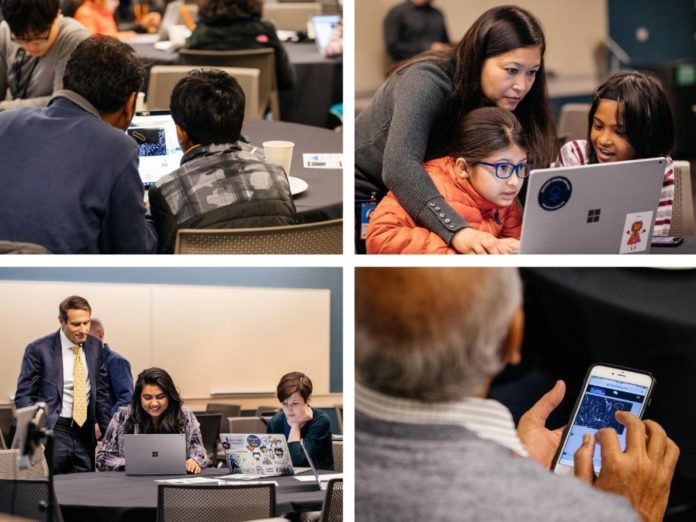 A team of researchers at the Human Computation Institute and Cornell University seek to understand what causes a 30% reduction of blood flow to the brain in Alzheimer’s patients.

Preliminary findings from the Schaffer-Nishimura Biomedical Engineering Lab suggest that restoring blood flow to the brain could delay the onset of Alzheimer’s and restore cognitive functioning. But there is too much data to sift through, and the blood flow imagery is too subtle for most algorithms to classify into capillaries that are either flowing or stalled. So instead, citizen scientists are helping analyze the videos in a gamified effort called “Stall Catchers” — and, through this crowdsourcing effort, are doing so at a much faster rate than the lab.

By playing Stall Catchers, participants make annotations of the vessels as “flowing” or “stalled,” earning points and competing against other users to correctly classify more videos.

History was made on April 13, 2019. This year’s Citizen Science Day featured the inaugural Megathon for Stall Catchers. The epicenter of the Stall Catchers Megathon was hosted on the Microsoft Redmond campus, with thousands of catchers across five continents joining virtually and on a livestream video.

Citizen Science Day is an annual celebration presented by SciStarter and the Citizen Science Association in an effort to connect people to real research in need of their help. Leading up to this year’s event, the Human Computation Institute and SciStarter, with support from the National Network of Libraries of Medicine Pacific Southwest Region and the Arizona State University School for the Future of Innovation in Society, activated over 30 public libraries in Megathon planning efforts. Their goal was to galvanize libraries as hubs for citizen science, and many of these libraries participated in the Megathon livestreamon April 13. At the end of the weekend, citizen scientists had accomplished 2,566 research hours, or 3.5 months of lab-equivalent research time.

“Our greatest opportunity for problem-solving comes not from humans alone or from Artificial Intelligence (AI) alone, but also by combining human and artificial intelligence techniques.  Crowd science leverages the abilities of humans and machines through citizen science allowing us to create unprecedented capabilities,” said Michelucci.

This led to deeper collaboration beyond the workshop: the MSR Data Science Outreach team partnered with the Human Computation Institute and our partners in CELA and Azure FastTrack to host the Megathon.  The aim was to gather thousands of citizen scientists, anywhere of any age, to play the game and answer a key research question about Alzheimer’s disease.

“Stall Catchers is a fun and engaging game with just the right amount of challenge in classifying whether blood is flowing or stalled in vessel segments, “ said Vani Mandava, the Director of Data Science for Microsoft Research Outreach. “Being able to use the cloud for the end-to-end workflow that includes running the analytic pipeline efficiently and hosting the game is an exciting approach that could be extended to many other crowdsourcing problems. This was a remarkable opportunity that started with a seed of an idea, an Azure grant, and several external and internal teams that came together in this massive consensus driven impact that anyone can participate in.”

Eventually, Megathon players analyzed 76% of the dataset and accomplished 2.5 months of lab-equivalent research over the weekend. This is 10x more research than any previous Stall Catchers event, so the Megathon achieved an order of magnitude increase in analytic throughput and research impact.

Participants at the Stall Catchers Megathon epicenter at Microsoft Redmond included both members of the public and employees of Microsoft. “Participating in this Megathon was a powerful experience, and I hope Microsoft does more to engage citizen scientists in solving real-world problems,” said a Microsoft employee.

Public participants reported that they enjoyed the experience. One individual who visited Microsoft Redmond for the event said, “I attended the Megathon with my brother and we both enjoyed reading the scans, even when they were challenging, and it was cool to be with so many other people all around the world! I’m glad to have contributed to such a great cause.”

John Kahan, Chief Data Analytics Officer, spoke during the Megathon about Microsoft’s commitment to this project and the AI for Good initiative.  “This is a fun way to give back and help advance the AI/Data Science work going into Alzheimer Research. You have world-class data scientists on one side and world-class medical researchers on the other. Being able to have everyone together, along with citizen scientists, to be able to engage on those projects and play a role in being able to accelerate research is something that we could only dream of a short time ago.” 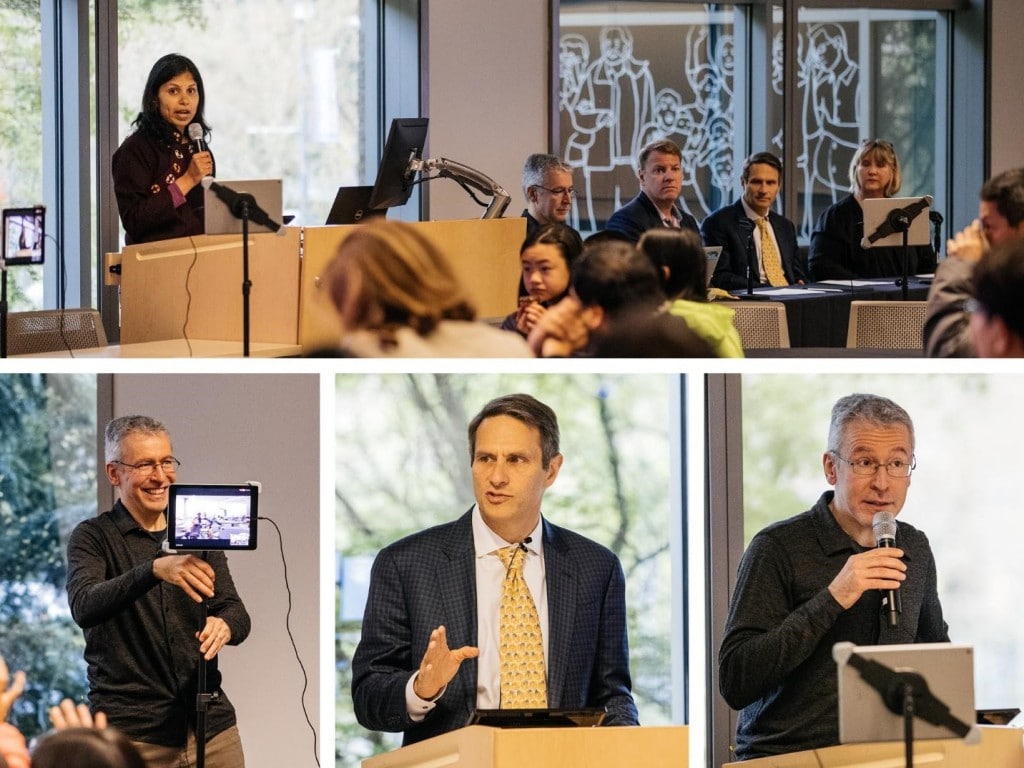 There was strong effort by many to technically prepare the platform, conduct load testing (testing the platform to handle increased amounts of users), and coordinate global and local event logistics and promotion for this event that was live streamed to locations across the U.S., Africa, Europe, Australia, and Asia. Ultimately, almost one million people were reached through social media due to the combined efforts of many, including the Human Computation Institute and their partners.

Citizen science is all about everyone pitching in, not only as volunteer citizen scientists, but also as a community of scientists, engineers, technicians, and public affairs experts working together to create these platforms for public participation in research. The Megathon demonstrated the potential for citizen science efforts to help accelerate the artificial intelligence and data science furthering Alzheimer’s research. “Microsoft will continue to collaborate with partners as we enthusiastically look to the future at these socially meaningful approaches that lead to scientific breakthroughs for other disease research,” said Mandava. 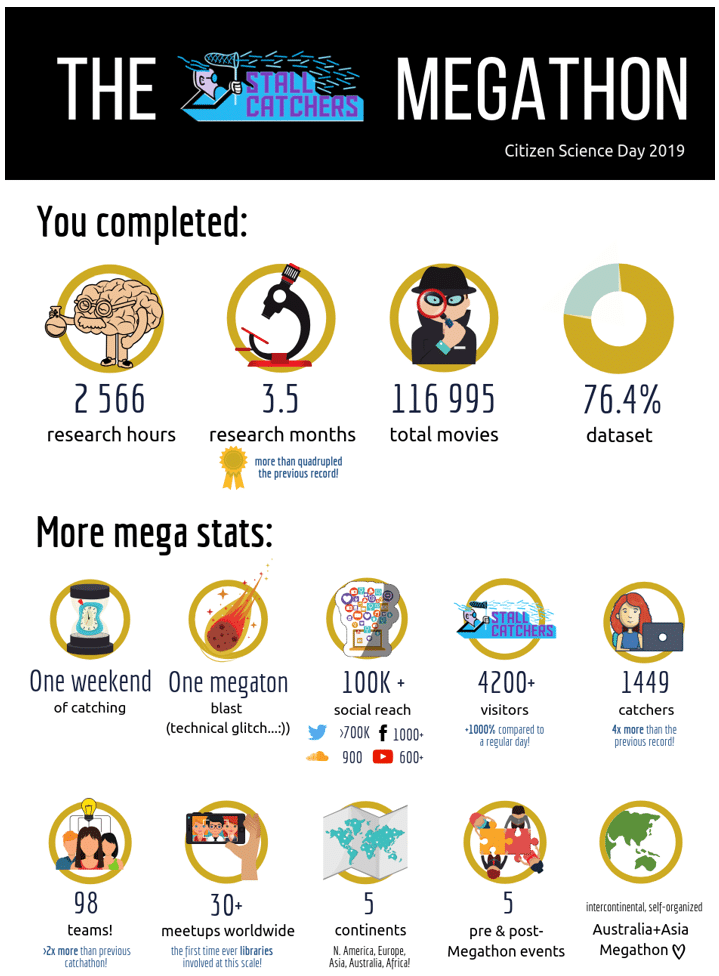 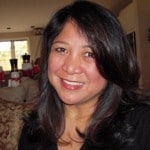