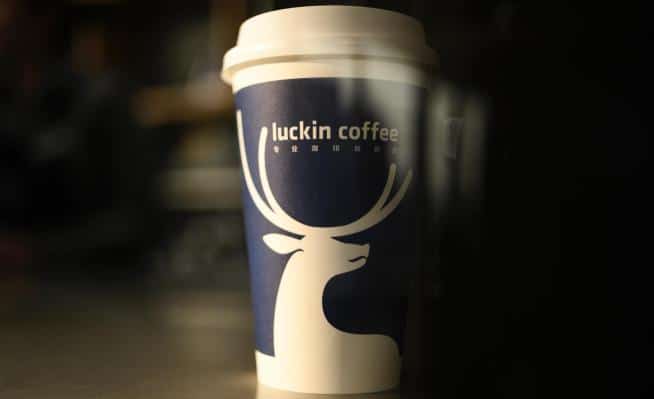 Another week, another cash-burning tech IPO in the U.S. Following on from Uber’s high-profile listing, ambitious Chinese startup Luckin Coffee has raised up to $650.8 million on the Nasdaq after it priced its shares at $17.

Despite concern at its high losses and little chance of near-term profitability, Luckin seems to have been greeted positively by investors. The company priced its shares at the top of its $15-$17 range and it upsized the share offering to 33 million, three million more than previously planned. That gives Luckin an initial net raise of $571.2 million, although that could increase to $650.8 million if underwriters take up the full additional allocation of 4.95 million “greenshoe” shares that are on offer.

The company will list on Friday under the ticker “LK.”

Luckin filed to go public last month, just weeks after it closed a $150 million Series B+ funding round led by New York private equity firm Blackrock, which interestingly holds a 6.58% stake in Starbucks. The deal valued Luckin at $2.9 billion and it took the three-year-old company to $550 million raised from investors to date.

The company has burned through incredible amounts of cash as it tries to quickly build a brand that competes with Starbucks, and the presence that the U.S. firm has built over the last 20 years in China. Through aggressive promotions and coupons, the company posted a $475 million loss in 2018, its only full year of business to date, with $125 million in revenue. For the first quarter of 2019, it carded an $85 million loss with total sales of $71 million.

We recently went in-depth on the business, which you can read here with a subscription to our Extra Crunch service, but we’ve long covered the startup’s “money is no object” approach to building a digital rival to Starbucks in China.

A Second X Chromosome Could Explain Why Women Live Longer Than...

GizmoCrazed - December 17, 2018 0
Researchers say that women may be born with an advantage when it comes to longevity. (Credit: Pressmaster/Shutterstock.com) Women have an average life expectancy that’s about...

What To Expect With The Renault Zoe