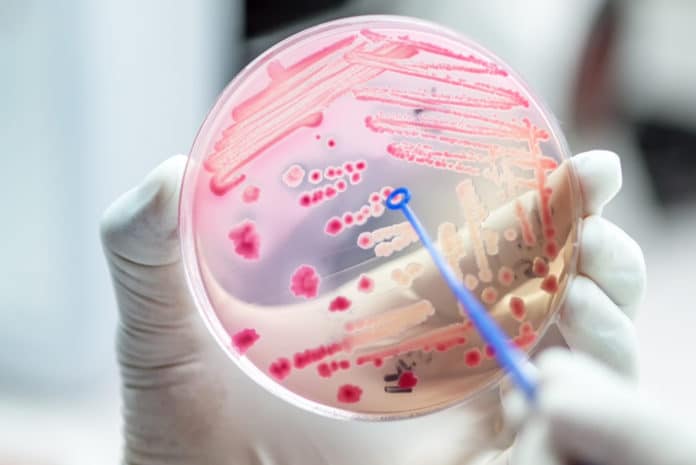 Bacterial resistance to antibiotics can spread among microbes in just two hours, reports a team of researchers. The finding, though alarming, could also lead to better ways to treat bacterial infections that do not promote the spread of antibiotic resistance.

“It all happens very quickly,” said Christian Lesterlin, a geneticist at the University of Lyon in France, who led the new research. Lesterlin and his team discovered that bacteria can transfer genes conferring resistance among themselves in just hours.

Like humans, microbes pass genetic material from one generation to the next. But bacteria can also give their genetic material to other microbes they’re not related to. Bacteria have small pieces of DNA, called plasmids, that are separate from the rest of their genomes. When two bacteria come in direct contact, these DNA pieces can slip through the bacteria’s cell walls from one individual to the other in a process known as horizontal gene transfer.

This transfer of genetic material between bacteria is a major factor in the spread of antibiotic resistance, Lesterlin said. What he and his colleagues wanted to know is just how fast resistance can spread.

The researchers watched antibiotic-resistant Escherichia coli transfer genetic material to bacteria still sensitive to antibiotics. Passing off the plasmid only took a few minutes, the researchers report Thursday in the journal Science. And within a couple of hours, the bacteria had made proteins that would confer antibiotic resistance.

“We found that a drug sensitive strain is converted into a resistant bacteria in less than two hours after acquisition of the new genetic material,” Lesterlin said. The speed with which the bacteria shared genetic information was astounding. But it wasn’t the most surprising finding the researchers made.

In a series of further experiments, Lesterlin and colleagues discovered a new mechanism bacteria use to sidestep a common antibiotic called tetracycline. Nearly all bacteria have something called a multidrug efflux pump that removes foreign substances from the cell. Lesterlin and team found E. coli use this pump to flush the antibiotic from its system, making the bacteria resistant.

“All bacterial species possess multidrug efflux systems that facilitates the acquisition of resistance even when antibiotics are present,” Lesterlin said.

The findings suggest antibiotic treatments that combine conventional antibiotics such as tetracycline with drugs that block the multidrug efflux pump would help prevent the spread of resistance, according to Lesterlin.

“Knowing your enemy is a first step to fighting it … so discovering this system puts us in a better position to tackle the dissemination of drug resistance,” Lesterlin said.

Team studies drone strikes on airplanes by firing them into a...

GizmoCrazed - July 1, 2019 0
Bird strikes are a very real danger to planes in flight, and consequently aircraft are required to undergo bird strike testing — but what...

Apple To Release iPad 2S And iPad 3 Next Year [REPORT]

Android or iPhone – Which is Better?

To Help Computers Detect Who's Talking, These Scientists Figured Out How...