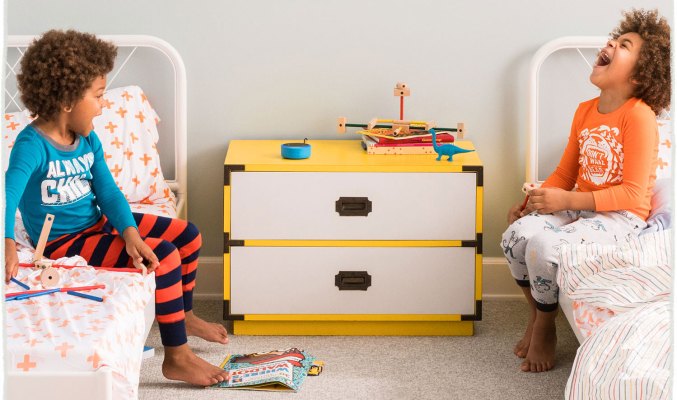 A coalition of child protection and privacy groups has filed a complaint with the Federal Trade Commission (FTC) urging it to investigate a kid-focused edition of Amazon’s Echo smart speaker.

The complaint against Amazon Echo Dot Kids, which has been lodged with the FTC by groups including the Campaign for a Commercial-Free Childhood, the Center for Digital Democracy and the Consumer Federation of America, argues that the e-commerce giant is violating the Children’s Online Privacy Protection Act (COPPA) — including by failing to obtain proper consents for the use of kids’ data.

As with its other smart speaker Echo devices, the Echo Dot Kids continually listens for a wake word and then responds to voice commands by recording and processing users’ speech. The difference with this Echo is it’s intended for children to use — which makes it subject to U.S. privacy regulation intended to protect kids from commercial exploitation online.

The complaint, which can be read in full via the group’s complaint website, argues that Amazon fails to provide adequate information to parents about what personal data will be collected from their children when they use the Echo Dot Kids; how their information will be used; and which third parties it will be shared with — meaning parents do not have enough information to make an informed decision about whether to give consent for their child’s data to be processed.

They also accuse Amazon of providing at best “unclear and confusing” information per its obligation under COPPA to also provide notice to parents to obtain consent for children’s information to be collected by third parties via the online service — such as those providing Alexa “skills” (aka apps the AI can interact with to expand its utility).

A number of other concerns about Amazon’s device are also being raised with the FTC.

Amazon released the Echo Dot Kids a year ago — and, as we noted at the time, it’s essentially a brightly bumpered iteration of the company’s standard Echo Dot hardware.

There are differences in the software, though. In parallel, Amazon updated its Alexa smart assistant — adding parental controls, aka its FreeTime software, to the child-focused smart speaker.

Amazon said the free version of FreeTime that comes bundled with the Echo Dot Kids provides parents with controls to manage their kids’ use of the product, including device time limits; parental controls over skills and services; and the ability to view kids’ activity via a parental dashboard in the app. The software also removes the ability for Alexa to be used to make phone calls outside the home (while keeping an intercom functionality).

At the time it announced the Echo Dot Kids, Amazon said it had tweaked its voice assistant to support kid-focused interactions — saying it had trained the AI to understand children’s questions and speech patterns, and incorporated new answers targeted specifically at kids (such as jokes).

But while the company was ploughing resource into adding a parental control layer to Echo and making Alexa’s speech recognition kid-friendly, the COPPA complaint argues it failed to pay enough attention to the data protection and privacy obligations that apply to products targeted at children — as the Echo Dot Kids clearly is.

More specifically, the group argues that Amazon is failing to meet its obligation as the operator of a child-directed service to provide notice and obtain consent for third parties operating on the Alexa platform to use children’s data — noting that its Children’s Privacy Disclosure policy states it does not apply to third-party services and skills.

Instead, the complaint says Amazon tells parents they should review the skill’s policies concerning data collection and use. “Our investigation found that only about 15% of kid skills provide a link to a privacy policy. Thus, Amazon’s notice to parents regarding data collection by third parties appears designed to discourage parental engagement and avoid Amazon’s responsibilities under Coppa,” the group writes in a summary of their complaint.

They are also objecting to how Amazon is obtaining parental consent — arguing its system for doing so is inadequate because it’s merely asking that a credit or debit/debit gift card number be inputted.

Another objection is that Amazon is retaining audio recordings of children’s voices far longer than necessary — keeping them indefinitely unless a parent actively goes in and deletes the recordings, despite COPPA requiring that children’s data be held for no longer than is reasonably necessary.

They found that additional data (such as transcripts of audio recordings) was also still retained even after audio recordings had been deleted. A parent must contact Amazon customer service to explicitly request deletion of their child’s entire profile to remove that data residue — meaning that to delete all recorded kids’ data a parent has to nix their access to parental controls and their kids’ access to content provided via FreeTime — so the complaint argues that Amazon’s process for parents to delete children’s information is “unduly burdensome” too.

Their investigation also found the company’s process for letting parents review children’s information to be similarly arduous, with no ability for parents to search the collected data — meaning they have to listen/read every recording of their child to understand what has been stored.

They further highlight that children’s Echo Dot Kids’ audio recordings can of course include sensitive personal details — such as if a child uses Alexa’s “remember” feature to ask the AI to remember personal data such as their address and contact details or personal health information like a food allergy.

The group’s complaint also flags the risk of other children having their data collected and processed by Amazon without their parents’ consent — such as when a child has a friend or family member visiting on a play date and they end up playing with the Echo together.

Responding to the complaint, Amazon has denied it is in breach of COPPA. In a statement, a company spokesperson said: “FreeTime on Alexa and Echo Dot Kids Edition are compliant with the Children’s Online Privacy Protection Act (COPPA). Customers can find more information on Alexa and overall privacy practices here: https://www.amazon.com/alexa/voice [amazon.com].”

An Amazon spokesperson also told us it only allows kid skills to collect personal information from children outside of FreeTime Unlimited (i.e. the paid tier) — and then only if the skill has a privacy policy and the developer separately obtains verified consent from the parent, adding that most kid skills do not have a privacy policy because they do not collect any personal information.

At the time of writing, the FTC had not responded to a request for comment on the complaint.

In Europe, there has been growing concern over the use of children’s data by online services. A report by England’s children’s commissioner late last year warned kids are being “datafied,” and suggested profiling at such an early age could lead to a data-disadvantaged generation.

Responding to rising concerns the U.K. privacy regulator launched a consultation on a draft Code of Practice for age appropriate design last month, asking for feedback on 16 proposed standards online services must meet to protect children’s privacy — including requiring that product makers put the best interests of the child at the fore, deliver transparent T&Cs, minimize data use and set high privacy defaults.

The U.K. government has also recently published a whitepaper setting out a policy plan to regulate internet content that has a heavy focus on child safety.