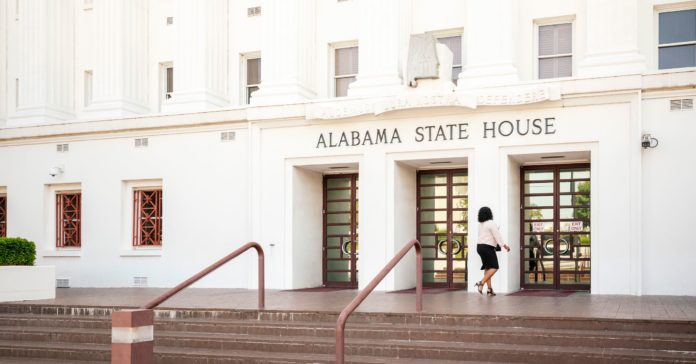 Last week, Georgia governor Brian Kemp—the narrow winner over Stacey Abrams in a contentious, sketchy election last year—signed into law a ban on abortions after more than six weeks of pregnancy. That made Georgia the sixth state to institute such a ban, and the fourth this year (Ohio’s elected officials put theirs in place in April), with seven more states kicking around the idea. It’s not even the most aggressive anti-abortion concept; the Alabama state senate is set to vote today on a bill that, if it became law, would make performing an abortion a crime punishable by up to 99 years in prison. They’re all part of a nationwide push, with more than 300 bills in 2019, to try to make the procedure illegal.

The political aim of so-called heartbeat bills is pretty clear. Some Americans would like to ban abortion altogether, but the Supreme Court says that’s unconstitutional. So they advocate for increasingly draconian laws that walk up to that line. Less straightforward, though, is the science. What the bills call a heartbeat—it’s not that.

These bills generally say that a “fetal heartbeat” helps predict whether a pregnancy will result in a living baby; the model legislation many states use refers to that fetal cardiac activity as a marker of “an unborn human individual,” defining a moment where alive-ness starts. And, yes, it’s true that detection of cardiac rhythm is a marker for the health of a pregnancy and a good sign that it’ll continue—that, if everything works out, it’ll result in the birth of a living baby. “Detecting a fetal heartbeat can be a sign that there is a pregnancy developing, and that’s a sign we use to reassure people,” says Sarah Horvath, an ob-gyn with the American College of Obstetricians and Gynecologists.

But beyond that, the science here needs a lot of unpacking. First, you have to note the use of the phrase “unborn human individual;” this part of the debate over abortion depends on whether you think a 3- to 4-millimeter-long, partially organized blob of cells is a human individual or not. It also depends on whether you think the government or the person in whom those cells reside gets to make that determination.

From there, the issue is what that “heartbeat” actually is. “At six weeks, the embryo is forming what will eventually develop into mature systems. There’s an immature neurological system, and there’s a very immature cardiovascular system,” says Jennifer Kerns, an ob-gyn at UC San Francisco and director of research in obstetrics and gynecology at Zuckerberg San Francisco General Hospital. The rhythm specified in the six-week abortion bans, she says, “is a group of cells with electrical activity. That’s what the heartbeat is at that stage of gestation … We are in no way talking about any kind of cardiovascular system.”

In part because that rhythm is a sign of the health of the developing embryo, scientists have worked to push backward the moment in pregnancy they can detect it. In 1984 they were pretty psyched to pick up fetal cardiac activity at between 41 and 43 days of gestation—six weeks. The researchers described it as a “tiny blinking, flashing, and/or rocking echo with a regular rhythm,” which is how scientists say something has a good beat and you can dance to it. “What’s really happening at that point is that our ultrasound technology has gotten good enough to be able to detect electrical activity in a rudimentary group of cells,” Horvath says.

But if you’re thinking about this as something that looks roughly like a person with something that looks roughly like a chest, inside which something that looks roughly like a valentine is going pitter-pat (or lubdub-lubdub), you’re picturing the wrong thing. As the ob-gyn Jen Gunter wrote three years ago, this is, more technically, “fetal pole cardiac activity.” It’s a cluster of pulsing cells. “In the mouse embryo, for example, there is a definite cardiac rhythm in the tiny, little, immature heart at 8.5 days of development, but it is certainly not enough to support viability,” says Janet Rossant, senior scientist and chief of research emeritus at the Hospital for Sick Children in Toronto. “It is just helping to encourage the development of an organized vasculature and circulatory system—a prerequisite for future viability but not sufficient alone.”

That’s the other wobbly term of art here: “viability.” In common parlance, people sometimes use that word to describe a baby far enough along in gestation to survive outside a woman’s womb. In humans, that takes about 24 weeks, give or take (every pregnancy is different, and so are the skill sets of every hospital and every neonatal intensive care unit). But that’s not what clinicians mean. “It means a pregnancy that, at that point in time, looks like it’s normal to continue,” Kerns says.

Science doesn’t seem to be a strong point of many states’ anti-abortion bills. You might have read about an additional bill Ohio is considering that would ban most birth control and require the surgical reimplantation of ectopic pregnancies, a dangerous-to-the-mother condition in which an embryo implants somewhere other than the uterus. That’s not something scientists know how to do. (“No. Just never. I mean, never. Never ever,” Kerns says. “Ectopic pregnancies are medical emergencies.”) And indeed, courts have largely judged six weeks to be unreasonably early for pregnant people to realize they’re pregnant and get an abortion. None of the state laws banning abortion at six weeks are in effect; some are too new, some were overturned by courts, and others are under legal challenge.

To opponents, the six-week bans’ deployment of science—or at least scientific language—sounds like an attempt to challenge those rulings. “Using the word heartbeat here is an intentional obfuscation,” Kerns says. “Hearing the word heartbeat plays upon people’s emotions … when in fact what it does is effectively ban abortions for many people, because many people don’t even know they’re pregnant at six weeks.”

Yet many state bills use a six-week clock and fetal cardiac activity as a basis for policymaking. “I do think there’s a deliberate conflation of terms going on in legislation in order to try to co-opt the science, or at least the scientific language,” Horvath says. “These bans are really just arbitrarily chosen points in time in a pregnancy that are strictly there because they want a complete ban on abortion care.”

This kind of slippery language and shoddy science has consequences. Even if it wasn’t an attempt to put a veneer of scientific finality over a difficult ethical question, it’d still open up the possibility of serious health risks to pregnant women. Some of the legislation under consideration doesn’t acknowledge the possibility of a miscarriage after detection of fetal cardiac activity, meaning women who do miscarry could be subject to prosecution—which could deter them from seeking necessary prenatal medical care. “We absolutely know that when you ban abortion, maternal mortality increases,” Kerns says. “But in addition, it marginalizes poor women and women of color, who are often the ones who can’t then access abortion across state lines, who can’t take days off of work, organize child care, and have the finances. It just exacerbates what’s already an inequitable system.”

But the confirmation of Trump nominee Brett Kavanaugh to the Supreme Court tipped the balance of that court toward the right. Abortion opponents see the possibility that the new lineup would vote to overturn Roe v. Wade, the landmark decision that legalized abortion in the United States, if the right case came before it. Aggressive bans like heartbeat bills or any of the other 300 anti-abortion laws passed in the first quarter of 2019 could be it. Fetal cardiac activity’s usefulness as a diagnostic marker might turn out to be less important than the powerful noise it could make in Washington.