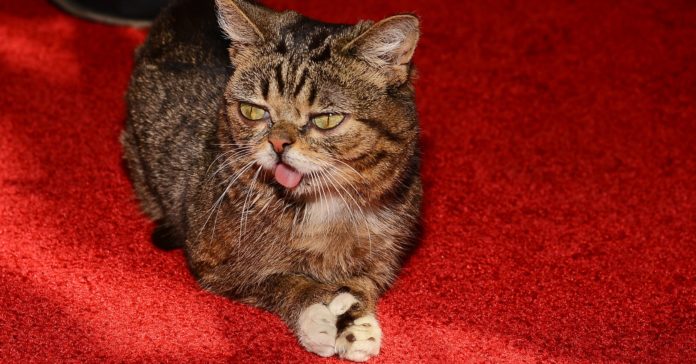 Like most people, Daniel Ibrahim remembers exactly where he was the first time he came across a tiny, bug-eyed, toothless, limp-tongued cat called Lil Bub, the internet-breaking Queen of Cute. It was September 2014, during a mild night in Berlin, when the molecular geneticist found himself watching a Vice documentary on social media-famous felines by the blue light of his computer. But unlike most people, Ibrahim’s next move wasn’t to buy a Lil Bub shirt or join the ranks of her 2.1 million Instagram followers.

First thing the next morning he bounded over to the office of his fellow Max Plank Institute postdoc Dario Lupianez, who now heads a lab at the Berlin Institute for Medical Systems Biology. “You’ve got to see this,” Ibrahim told him, pulling up the video. Specifically, the part where Lil Bub’s veterinarian examines her X-rays and points to her dense leg bones, curving bizarrely like the contour of an Erlenmeyer flask. They looked exactly like a human case of osteopetrosis—a rare genetic limb malformation disorder that the pair of scientists were studying. “We should really sequence this cat,” said Lupianez.

Now nearly five years later, with the help of a successful crowdfunding campaign, an international feline genome consortium, and Lil Bub’s “dude,” Mike Bridavsky, they finally have. In her internet-royal blood the scientists uncovered two genetic abnormalities that help explain her signature squee-ness—extra toes, short stature, wonky gait, and a tongue that is forever lolling out of her mouth. Their discovery, which they posted on the preprint server bioRxiv in February, is not only helping Bridavsky care for Lil Bub as she ages, it could one day aid doctors in better treating human patients of osteopetrosis. And just as Bub blazed a trail for viral cat celebrity, by having her DNA sequenced she is once again leading the way, only this time toward precision veterinary medicine.

It didn’t take long for Ibrahim and Lupianez to track down an email address for Bridavsky, who had adopted Bub—the runt of a litter found orphaned in a tool shed outside of Bloomington, Indiana—when she was just a kitten. But it took the scientists a few weeks to figure out how exactly to ask him what was on their minds. They wrote draft after agonizing draft before finally hitting send from Lupianez’s computer. Ibrahim had not yet finished walking the corridor back to the lab before they got a reply.

“I was like, absolutely yes,” says Bridavsky, recalling the exchange. “I’ve always thought that Bub was magical, and what’s magic but everything that hasn’t yet been explained by science?”

At her next vet appointment, Bridavsky had some of Bub’s blood drawn and sent to Berlin, where it went into a freezer until the scientists could figure out how to pay for their DNA sequencing project. It didn’t exactly fit the mold of conventional research grants. The idea to crowdfund the endeavor came a few months later, over beers with a University of Pennsylvania molecular biologist named Orsolya Symmons, who quickly joined the project. “We figured if we were so curious, other people around the world might also want to know this as well,” she says. They raised more than $8,000 from 250 people in a matter of weeks. Piecing together the puzzle of Bub would take the next four years.

In human cases of genetic disease, tracking down a rare mutation often works like this: You sequence the patient and then you sequence their parents. If both parents are healthy, you can rule out any overlapping stretches of DNA that they share with their child. That wasn’t an option with Bub. “We didn’t have any information about her parents or their DNA or anything, nothing at all,” Lupianez says. So they compared her genetic material to a completely unrelated cat named Cinnamon, the first feline to have its genome decoded. By using her as a reference they could begin to map out Bub’s unique sequence and figure out what it all meant.

It was grueling work. The two cats had single-letter differences between their DNA in 6 million places. That meant there were 6 million places to look for the mutations causing Bub’s singular physical traits. To narrow the search they looked first at genes known to be associated with some of them—including her extra toes and osteopetrosis. In a gene called Sonic hedgehog they found a mutation only present in a Key West colony of six-toed cats descended from Ernest Hemingway’s personal pets. Which means Bub probably comes from that long line of famous felines.

To find the cause of Bub’s osteopetrosis, the scientists looked at about 120 genes known to be associated with abnormal bone growth in humans. In one of them, called RANK, Bub had a single letter deletion never before seen in any mammal. Ibrahim and Lupianez pored over the literature and found a mouse with a similar (but not identical) mutation in the same gene. In X-rays, its limbs looked just like Lil Bub’s, only smaller. “This is in science what we call the eureka moment,” Lupianez says. “We needed to pinch ourselves to see if this was really happening.”

To make sure what they were seeing was real, they compared Lil Bub’s DNA to a stockpile of 131 cat genomes, compiled by the 99 Lives consortium—the world’s largest feline DNA database. None of those cats had Bub’s RANK mutation. Leslie Lyons, who started 99 Lives at the University of Missouri in 2014, says that Bub’s DNA is likely to help doctors better identify and treat patients of osteopetrosis. But more than that, she’s hoping it will inspire more cat owners to get their animals sequenced.

“There’s just so much we still don’t know about cats,” she says. Compared to dogs, which have been sequenced to verify their pure pedigrees and for biomedical research purposes because they get cancer at similar rates to humans (cats don’t), feline DNA is starkly underrepresented. That means there’s just a lot less scientists know about cat health and fewer treatments to cure what ails them. Lyons hopes to change that. “The long-term goal is to help save cats, either by setting up genetic tests for breeders to avoid passing on serious diseases or to do precision medicine in the clinic itself.”

Perhaps Lil Bub’s magic will help make that a reality one day. For Bridavsky, having genetic knowledge of his favorite feline has mostly provided him with a sense of security. Bub’s mutation, it turns out, causes one of the least severe forms of osteopetrosis. Which means that her strange bone growth has slowed, probably even stopped. Birdavsky doesn’t have to worry about it getting worse as she gets older. (In other forms of the disease, the persistent bone deformities often lead to early deaths.) “Right now gene sequencing is kind of a fun, schticky thing,” he says. “But it would be cool to see it transition to being valuable for the health of the pet. I’d be honored for Bub to be the poster cat for that.”

Where are all the biotech startups raising?

How Does a 'Martian'-Style Gravity Assist Actually Work?