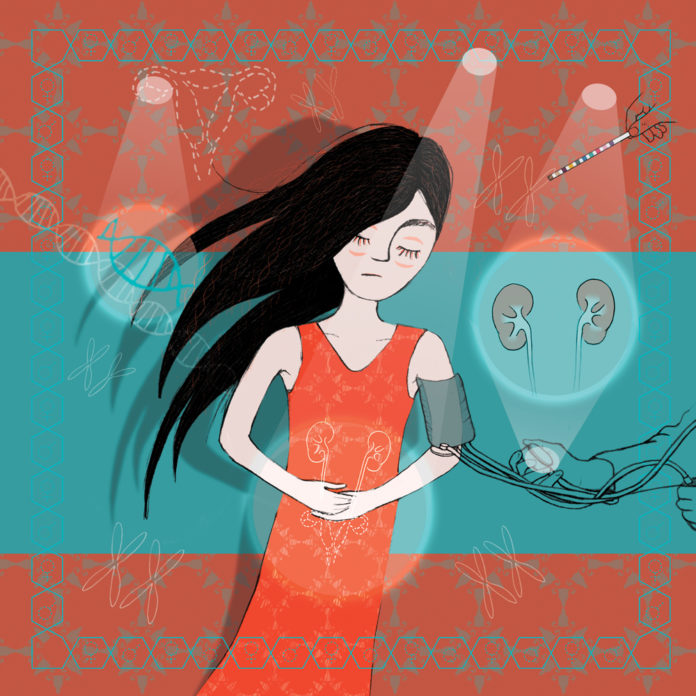 Life was changing fast for Ameera. She had moved with her family thousands of miles from the Middle East to Canada, and had just started school as a sixth-grader.

The 11-year-old was excited but also anxious, and she started to complain of stomach pain. Eventually her parents took her to their family doctor.

During the exam, the doctor discovered that Ameera’s blood pressure was higher than it should have been for her age. So, she ordered an ultrasound of her kidneys, since they help regulate blood pressure. The test revealed she had a mass near her right kidney, and she was referred to the local children’s hospital, where I and other doctors examined her.