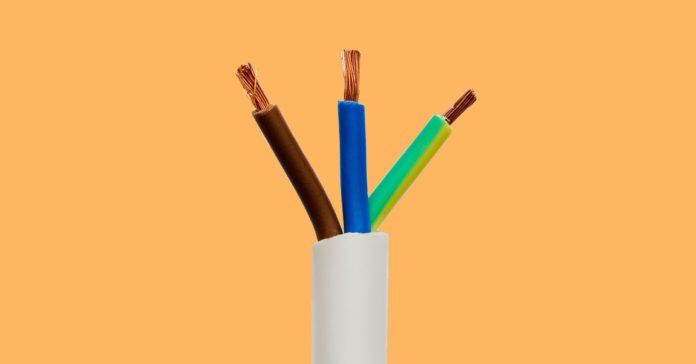 What do you do when your phone needs to be charged? You take a cable, plug in the phone, and boom: It’s charging. What if you want to connect an external monitor to your laptop? Yup, there’s an HDMI cable for that. To plug your phone into speakers, you might use an auxiliary audio cable.

But here’s a secret. Inside each of those cables are multiple wires. It doesn’t matter if the cable is used for power or for data—there have to be at least two wires inside. That is because all electric circuits depend on loops. You can’t make a loop with just one wire.

OK, there is one exception. Wireless power and wireless data don’t use two or more wires. They use zero wires. They are, after all, “wireless.”

Perhaps the best example of an electric circuit—so that you can see everything—is a single battery and a small incandescent light bulb. (You could do this with an LED light, but connecting it to a battery is a bit more complicated.) Let’s light this bulb. If you treat a wire like a cable, you might think you could connect it like this.

But that’s not how electric circuits work. The key idea is electric current. This is the movement of electric charges (usually negative electrons) inside the metal wire. This flow of charges (not really a flow) is created by an electric field in the wire due to the battery. But if there is no closed loop, the mobile charges will quickly build up on the surface of the wire to create a zero electric field with no current.

If you make a closed loop, the mobile electrons will get back to the battery, which essentially prevents these charges from building up. Here’s what that looks like.

Actually, this way still only uses one wire—but there is a big difference. There is a complete path from one end of the battery to the other. The wire from the positive terminal connects to the side wall of the bulb. Inside the bulb, this side wall goes to the bulb filament (the wire that glows brightly) and then down to the bottom nub on the bulb. This bulb nub then connects to the negative terminal of the battery using a second wire. That’s a complete circuit. Technically you could do this with just one wire and have the nub touch directly to the battery—that’s still a complete circuit.

How about an animation to really visualize what’s going on? This is from an excellent online simulation from the University of Colorado Boulder’s PhET—you should check it out sometime.

Notice how the moving charges in the wire make a complete loop around the circuit? That’s why you need two wires.

Using a Cable Instead of a Wire

This is just an Apple lightning cable. It runs from the positive terminal of the battery to one of the connections for the light bulb (I’m using a light bulb holder). But it doesn’t work. The bulb is off because the circuit is not complete.

But wait! I can sort of make this work. Remember that cables have at least two wires in them. If you cut one open, it might look something like this.

In this case, you can see that there are actually 5 wires inside one usb cable. It’s not just a single wire. To light the bulb, I just need to pick two of these wires so that I can make a complete circuit with the battery and let current flow through the filament. It’s a little messy, but here’s what it looks like.

Basically, I am using two wires inside of this cable. But because I can’t connect the usb plug to the battery, I have to use some extra wires. Oh, sure—I could cut off the plug end of the cable and remove the plug part. However, then it wouldn’t look like I’m still using a cable.

Confusion Between Cables and Wires

But wait! There’s a reason I’m writing about the difference between cables and wires. I think many students in physics labs confuse these two things. They are so used to cables, they sort of forget about complete circuits. This is particularly obvious when students try to use a multimeter to determine the voltage or current in a circuit.

Suppose I want to use a voltmeter to measure the voltage across the light bulb in a simple circuit. If the wire from the voltmeter were to be considered a phone cable, you would connect it like this.

But this doesn’t work. The voltmeter, like just about every electrical measuring device, needs to have a complete circuit. You need two wires to measure voltage. Here’s what it should look like.

Those thick wires from the voltmeter might look like cables, but they are in fact just wires. You need two wires to make a complete circuit.