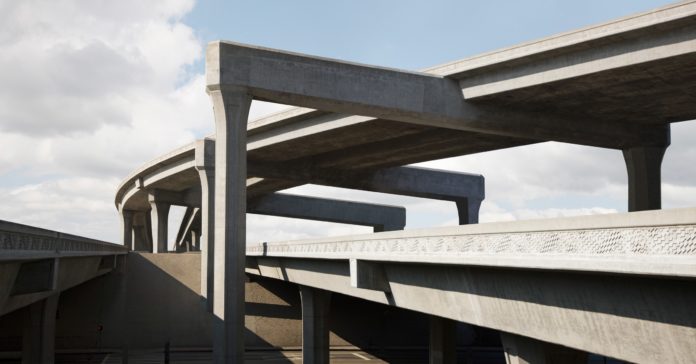 In debates about the future of work, technology is often portrayed as the villain. One recent study calculated that 38 percent of jobs in the United States were at a “high risk” of being automated during the next decade. In the construction industry, predictions are especially dire: estimates of robot-fueled joblessness range from 24 percent in Britain to 41percent in Germany.

There is no question that automation will change the way people work, but for some sectors of the economy, change is long overdue. Nowhere is this truer than in architecture, engineering, and construction (AEC).

There are many factors contributing to the low efficiency of the AEC industry; these include low capital investments compared to other sectors, hazardous site conditions, project complexity, economic disruption, lack of transparency, and corruption. One of the biggest impediments, however, is a shortage of skilled workers. According to a 2017 study by the Associated General Contractors of America, 70 percent of contractors in the US struggle to hire skilled craft workers. This comes as hiring needs in the industry are expected to grow 12 percent by 2026.

Simply put, automating elements of the construction process is more than good engineering; it is also smart business.

Research into the field of construction robotics started decades ago. During Japan’s building boom in the 1980s, for example, a shortage of workers led industry groups to invest in designing automated systems. These efforts failed in part because computing power was still weak. And yet, while technology has evolved significantly since then, the industry has not. Some of the world’s largest firms still do everything on paper—from managing supply-chain orders and blueprints to keeping track of employee hours and pay.

The benefits of construction automation are no longer theoretical; increasingly, researchers are proving robots’ worth. Before joining NYU Abu Dhabi—where I lead an interdisciplinary team that is studying construction-sector innovation—I supervised graduate students at ETH Zurich, where we investigated how “digital fabrication” affects productivity. What we found supports the view that technology can be a boon to the AEC business.

By comparing the cost and time spent on human-built walls to walls built by robots, we found that as the level of complexity increases, automation pays off. Additionally, in the robot-built walls, architects, designers, engineers and contractors had more flexibility to make late-stage adjustments without greatly increasing costs or causing delays. Finally, we gauged that simpler structures can be built more efficiently by people, leading us to conclude that humans and robots will coexist on construction sites for many years to come.

To be sure, caution must be taken when extrapolating lessons from studies like this one. In the real world, every construction project has its own unique challenges and complex interactions between owners, designers, contractors, and the public. By contrast, the wall-construction project we studied was collaborative by design. Still, the findings do provide another piece of evidence that the benefits of construction automation can no longer be ignored.

Some in the AEC industry already recognize this. Architects like Frank Gehry and Zaha Hadid were early advocates of robotic design, and some cities are embracing automation with vigor. In Dubai, for example, new regulations require that by 2025, every building must be constructed with 25 percent of its material from 3D-printed sources. Even forward-thinking contractors are turning to single-task robots for jobs like bridge painting, concrete blasting, welding, rebar tying, and road repair.

And yet, despite the many benefits, construction automation remains the exception. To move the discussion from the margins to the mainstream, a number of key changes will be needed.

For starters, the AEC industry must improve its communication processes. Because cost overruns are often linked to gaps in the design and implementation phases, improving how information is shared among project stakeholders is essential if technologies are to be effective. One solution: standardized and automated building information protocols.

Second, the industry must prioritize economies of scale by encouraging the adoption of similar technologies. Automation will only be cost-effective when tools and techniques are used widely.

Third, the industry should strengthen its project-performance assessments. Financial risks from new technologies are greatest when they are introduced without proper cost-benefit analysis. Only with regular reviews will it be possible to evaluate the benefits gained from automating parts of the construction process.

Finally, governments need to do more to facilitate the transition to automated systems. Ultimately, it will be the public sector that determines technology’s place in the construction industry. At the moment, however, visionary leadership is lacking. For instance, in many regions, building codes and officials make it very difficult to move forward the use of 3D-printed structures. To take full advantage of automation’s potential, municipal regulations and building codes must keep pace.

Although it will take more time to assess how digitalization and automation might affect supply chains, business models, employment, cybersecurity, and AEC project delivery, there is growing consensus that new processes and technologies are critical to improving construction productivity. To ensure that the transition to a more automated construction site is as smooth as possible, it is time for researchers and industry practitioners to join forces and explore new alternatives.

GizmoCrazed - January 5, 2019 0
A system that uses a technique called constructive solid geometry (CSG) is allowing MIT researchers to deconstruct objects and turn them into 3D models,...

Bolt Threads is raising $106 million from Foundation Capital and Formation...

Leprosy Reborn: How a Long Maligned Disease Might Unlock the Secrets...