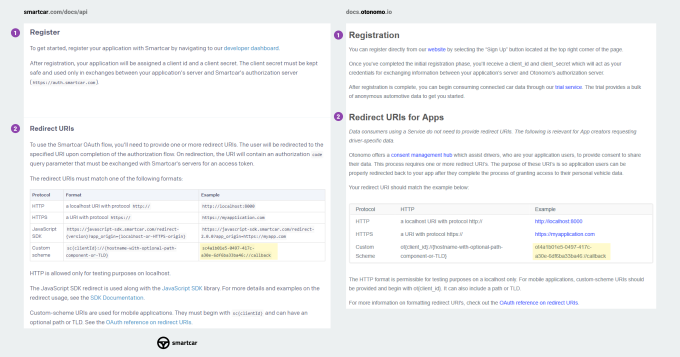 Ruthless copying is common in tech. Just ask Snapchat. However, it’s typically more conceptual than literal. But car API startup Smartcar claims that its competitor Otonomo copy-and-pasted Smartcar’s API documentation, allegedly plagiarizing it extensively to the point of including the original’s typos and randomly generated strings of code. It’s published a series of side-by-side screenshots detailing the supposed theft of its intellectual property.

Smartcar CEO Sahas Katta says “We do have evidence of several of their employees systemically using our product with behavior indicating they wanted to copy our product in both form and function.” Now a spokesperson for the startup tells me “We’ve filed a cease-and-desist letter, delivered to Otonomo this morning, that contains documented aspects of different breaches and violations.”

The accusations are troubling given Otonomo is not some inconsequential upstart. The Israel-based company has raised over $50 million since its founding in 2015, and its investors include auto parts giant Aptiv (formerly Delphi) and prestigious VC firm Bessemer Ventures Partners. Otonomo CMO Lisa Joy provided this statement in response to the allegations, noting it will investigate but is confident it acted with integrity:

Otonomo prides itself on providing a completely unique offering backed by our own intellectual property and patents. We take Smartcar’s questions seriously and are conducting an investigation, but we remain confident that our rigorous standards of integrity remain uncompromised. If our investigation reveals any issues, we will immediately take the necessary steps to address them.

Both startups are trying to build an API layer that connects data from cars with app developers so they can build products that can locate, unlock, or harness data from vehicles. The 20-person Mountain View-based Smartcar has raised $12 million from Andreessen Horowitz and NEA. A major deciding factor in who’ll win this market is which platform offers the best documentation that makes it easiest for developers to integrate the APIs. 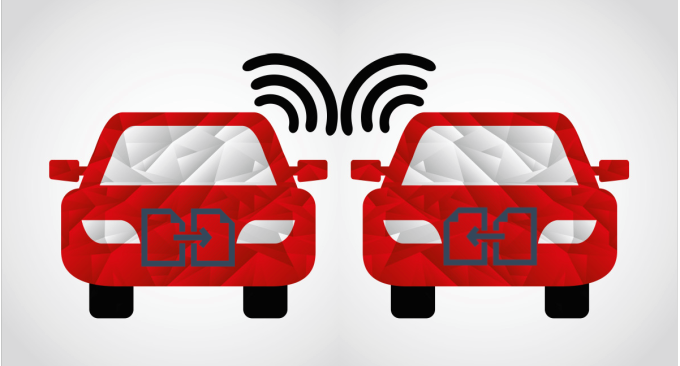 “A few days ago, we came across Otonomo’s publicly available API documentation. As we read through it, we quickly realized that something was off. It looked familiar. Oddly familiar. That’s because we wrote it” Smartcar explains in its blog post. “We didn’t just find a few vague similarities to Smartcar’s documentation. Otonomo’s docs are a systematically written rip-off of ours – from the overall structure, right down to code samples and even typos.” 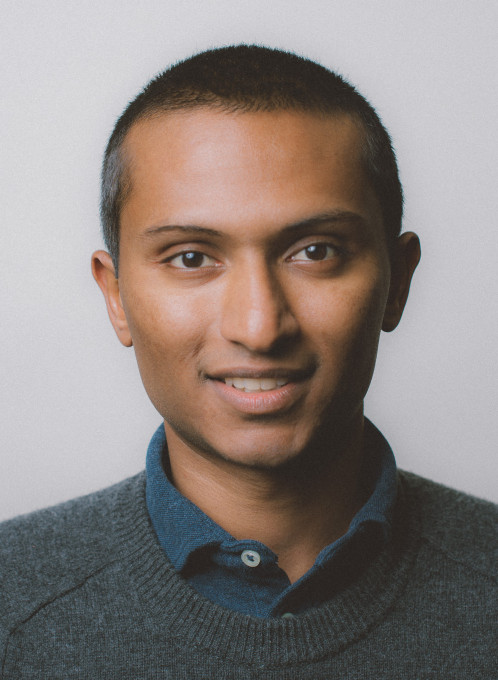 Otonomo has pulled down their docs.otonomo.io documentation website, but TechCrunch has reviewed an Archive.org Wayback Machine showing this Otonomo site as of April 5, 2019 featured sections that are identical to the documentation Smartcar published in August 2018. That includes Smartcar’s typo “it will returned here”, and its randomly generated sample code placeholder “”4a1b01e5-0497-417c-a30e-6df6ba33ba46” which both appear in the Wayback Machine copy of Otonomo’s docs. The typo was fixed in this version of Otonomo’s docs that’s still publicly available, but that code string remains.

“It would be a one in a quintillion chance of them happening to land on the same randomly generated string” Smartcar’s Katta tells TechCrunch.

Yet curiously, Otonomo’s CMO told TechCrunch that “The materials that [Smartcar] put on their post are all publicly accessible documentation, It’s all public domain content.” But that’s not true, Katta argues, given the definition of ‘public domain’ is content belonging to the public that’s uncopyrightable. “I would sure hope not, considering . . . we have proper copyright notices at the bottom. Our product is our intellectual property. Just like Twilio’s API documentation or Stripe’s, it is published and publicly available — and it is proprietary.”

Otonomo’s Lisa Joy noted that her startup is currently fundraising for its Series C, which reportedly already includes $10 million from South Korean energy and telecom holdings giant SK. “We’re in the middle of raising a round right now. That round is not done” she told me. But if Otonomo gets a reputation for allegedly copying its API docs, that could hurt its standing with developers and potentially endanger that funding round.