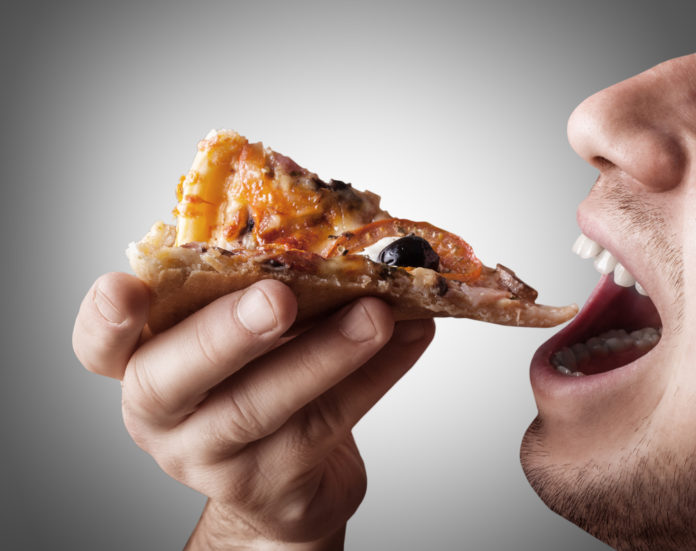 The “everything in moderation” mantra sounds like great advice for weight management. Enjoy all your favorite junk food, but stick to reasonable portions and don’t indulge too often. For most of us, that’s easier said than done.

Now, a new discovery by a team of scientists at the University of North Carolina (UNC) School of Medicine may help explain why so many of us can’t resist polishing off a jumbo bag of chips or a carton of ice cream in one sitting – even if we know it’s not a good idea.

A new paper published this week in Neuron, explains that a specific brain circuit found in mammal brains seems to be involved in our urge to overeat tasty, calorie rich food. The researchers think this brain circuit essentially overrides the signals that our body and brain send to tell us to stop eating — and instead drives us to keep gorging after we’re full, consuming extra calories in the process.

“While hunger is important, there are also other circuits that have less to do with hunger and more to do with how tasty food is,” said Thomas Kash, a UNC neuroscientist involved in the research. “High value foods could potentially produce overeating even when the body and brain’s ‘stop feeding signal’ is turned on.”

Scientists think this brain circuitry developed to motivate us to eat as much as possible when food was available so we’d have enough fat stored to survive famines.

Food on the Brain

The researchers found the brain circuit by studying mice that were engineered to produce special, fluorescent molecules that illuminate brain activity in connection with eating. When scientists gave mice rich, calorie-dense food instead of their ordinary feed, a particular brain circuit lit up.

The researchers say this “overeating circuit,” which is present in mammal brains, begins in the emotion-processing region of the brain called the amygdala. When we’re given the opportunity to gorge on tasty — and often fattening — food, this brain circuit stimulates other regions of the brain, including some previously known to regulate eating. The finding suggests that our impulse to gorge without restraint isn’t simply a moral failing. Instead, it’s something we’re wired to do.

Lead study author Andrew Hardaway, an assistant professor of pharmacology at UNC, explained that everything we eat is cataloged by the brain on a spectrum of how good or bad it tastes, and that our food preferences are learned and stored in the brain.

When we’re presented with our favorite high-calorie treats, the overeating circuit stimulates consumption using a protein called nociceptin, which is a signaling molecule in the nervous system. By reducing nociceptin levels, the researchers were able to curb overeating.

Because blocking nociceptin activity helped reduce pleasure-driven eating without impacting eating for survival in mice, the researchers said a treatment stabilizing nociceptin levels could be a potentially effective approach in humans.

One Big Fat Truth: The Most Likely Reason For Our Obesity Epidemic Is the One We Don’t Want to Hear

A significant portion of obesity may result from our evolutionary urge to over-consume butting up against modern lifestyles and an abundance of calorically-dense meals. Obesity now affects 40 percent of American adults and is thought to cause other related conditions like diabetes and cancer.

But if everyone has this brain circuitry, it’s unclear why some people seem prone to obesity and others aren’t. The researchers say there may be individual differences in nociceptin signaling from person to person. But one thing is clear: Our brain circuitry plays a big role in controlling eating and other behaviors.

“How much can we blame overeating on brain circuitry? I am not sure how much, per se,” Kash said. “But I do know that our brains play a critical role in shaping our behavior, good and bad.”