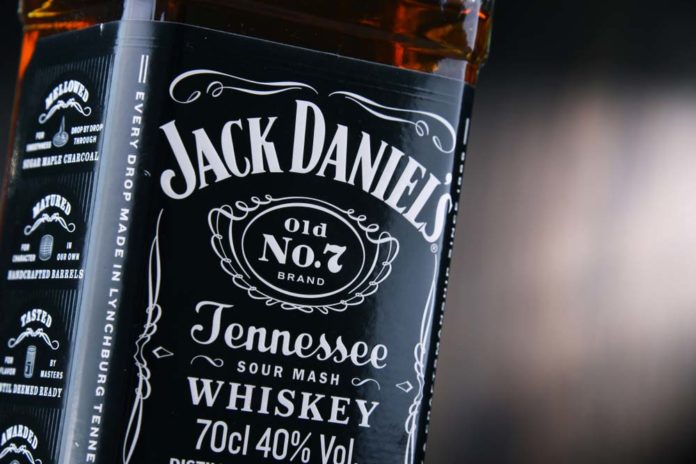 Jack Daniel’s Tennessee whiskey is one of many made using the famed Lincoln County Process, which takes its name from the area where Jack Daniel’s was first made. (Credit: monticello/shutterstock)

Champagne is only champagne if it’s made in its namesake region in France, Scotch is exclusively distilled and matured in Scotland, and a “bourbon” label is reserved for products from the United States. And there’s one variation on the bourbon recipe — Tennessee Whiskey — that’s made exclusively in, well, Tennessee. You might be familiar with its largest maker, Jack Daniels.

But Tennessee whiskey isn’t just bourbon distilled across a state line. (95 percent of bourbon comes from neighboring Kentucky.) To make it, distillers put their whiskey through an extra step, called the Lincoln County Process, named for the location of the original Jack Daniel’s distillery.

This process “charcoal mellows” the whiskey, filtering the spirit through charred wood, usually sugar maple. The idea is that this removes impurities and “smooths” the flavors — it doesn’t add anything. Tennessee distillers each have their own way of doing it; many even make their own charcoal in-house.

But what actually happens during this LCP step? As food scientists at the University of Tennessee are finding out, it’s more than you might think.

“Growing up in Tennessee you always hear about how our whiskey is so different from the bourbon that Kentucky is known for because we put ours through this charcoal mellowing,” says Trent Kerley, graduate research assistant at the University of Tennessee, who led the new study.

“So to get the chance to quantify the changes that result from the Lincoln County Process and look at what makes the whiskey unique was an idea that really appealed to me,” says Kerley. “[It] could also yield results that would be helpful to local distillers in adjusting their process to get the whiskey that they desire.” 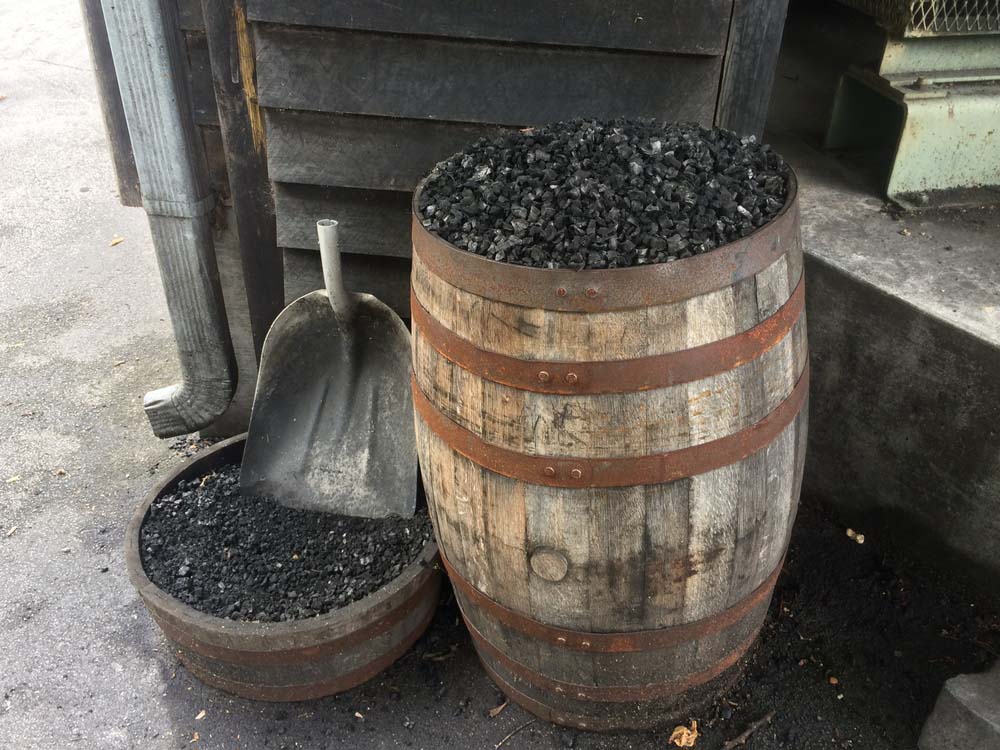 To figure out how the LCP changes whiskey, they needed to characterize the aromatic compounds in the distillate both before and after going through the charcoal process.

To do this, they started by using what’s called gas chromatography, a chemistry tool that separates out individual components of the spirits. Then they used another tool called olfactometry, which lets researchers smell each component in isolation to see if it’s “aroma-active” or, put simply, smell-able. There’s literally a person making note of which chemical compounds are smelly out of a sample that could contain 500 to 1000 volatiles.

(These same methods were used in recent research in the U.K. to identify the unique, soon-to-be-diagnostic smell of Parkinson’s disease.)

Once the list of compounds found in the whiskey was narrowed down to just the smelly ones, the researchers performed what’s called an aroma extract dilution analysis. This allowed them to see which compounds were the most important, meaning, most aromatic. This doesn’t tell the quantity of the compounds — a small amount of a potent compound could smell as strongly as a large amount of a weakly smelling compound.

From there, they used stable — or non-radioactive — isotopes to quantify the compounds. Once they thought their aroma recipe was complete, they tested it against the original to see if they matched. And also made sure the aromatic compounds were actually present in amounts that were above the threshold for detection by a human nose. They ended with about 35 aromatic compounds in the whiskey distillate.

But the real question was: what happens to these compounds during the Lincoln County Process?

Kerley is presented preliminary study results Sunday at the American Chemical Society Spring 2019 National Meeting and Exposition. So far, the team has teased apart the first four of the 35: two esters and two branched alcohols. Esters tend to be fruity, explains Munafo, while branched alcohols impart a malty flavor. These were dramatically reduced by the Lincoln County Process, some up to 50 percent.

“When you smell it, it’s milder smelling,” says Munafo, referring to the distillate after it’s been through the Lincoln County Process. “Some sharp kind of notes are missing.”

“The results were initially very surprising to me,” says Kerley. “Before we did any chemical analysis we could tell a difference in the aroma of the distillate after treating it with the charcoal. So I had expected some changes in the levels of these compounds, but nothing as drastic as the 50 percent decrease I saw.”

After the group analyses the other 31 aromatic compounds they identified, they hope to move on to quantifying the aromatic effects of other whiskey-distilling decisions. For instance, they might ask what happens if you use more or less charcoal, or filter the distillate for different amounts of time? Beyond the Lincoln County Process, what are the flavor effects of the other steps of the whiskey process: like the recipe of grains used, the type of still, or the barrels used for aging?

Munafo says, these food chemistry tools can help distillers home in on what flavors they want (or don’t want) in their whiskey, and figure out which step of their process is key. Right now, he says, “[distilling] is done a bit empirically, and clearly folks know what they’re doing, but we’re trying to kind of help bring the science to that, to kind of help guide them to what their flavor profile is.”

“We have this tool that distillers could characterize their process and see where the critical point to manipulate the flavor in a way that they kind of meet their flavor goals,” says Munafo.

GizmoCrazed - October 10, 2018 0
SoftBank may soon own up to 50 percent of WeWork, a well-funded provider of co-working spaces headquartered in New York, according to a new...

Amazon has paused sales of its Echo Wall Clock due to...