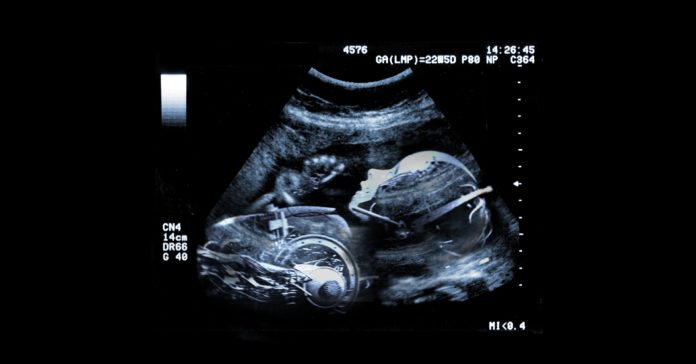 This story is part of a week-long series on reproduction, from prenatal testing to childfree Reddit.

Bacteria do it. Viruses do it. Worms, mammals, even bees do it. Every living thing on earth replicates, whether that be asexually (boring) or sexually (fun). Robots do not do it: The machines are steely and very uninterested in reproduction.

But perhaps they can learn. Scientists in a fascinating field known as evolutionary robotics are trying to get machines to adapt to the world, and eventually to reproduce on their own, just like biological organisms. As in, someday two robots that are particularly well-adapted to a certain environment could combine their genes (OK, code) to produce a 3D-printed baby robot combining the strengths of its two parents. If the approach works, it could lead to robots that design themselves, building beautifully adapted morphologies and behaviors that a human engineer could never dream up.

It sounds far-fetched and perhaps a bit alarming, but evolutionary roboticists are already churning out these fantastical designs. For instance, researchers in Australia last year evolved robot leg shapes by first randomly generating 20 shapes. In a simulation, they tested how well each would walk on various surfaces—that is, testing for “fitness,” in the survival-of-the-fittest sense. They then took the top performers and “mated” them to produce similar-looking legs, or children. The researchers did this over and over again, generation after generation, and wound up with legs that were marvelously adapted to walking on hard soil, on gravel, or in water. The designs are crazy—they look like tree-people doing Fortnite dances (good for hard soil) and misshapen elephant feet (good for water).

Which is exactly the point. Traditionally, when engineers set out to design a robot, they tend to recycle ideas. Why do Mars rovers have six wheels? Because six-wheeled vehicles have worked well on Mars before. But perhaps designers are missing something. The beauty of evolution is that it stumbles upon bonkers ideas all the time. No one, for example, designed a fungus to invade ants’ bodies and mind-control them around the rain forest—that unusual strategy emerged thanks to generation upon generation of random mutations and natural selection.

As in nature, it’s mutations that will drive the evolution of robot species. The key is variation. When two organisms make a baby, their genes combine, but mutations also sneak in, which can lead to unique traits in the child, such as subtly different camouflage. That kind of mutation would thus make the offspring more or less adapted to a particular environment. If it’s an unfavorable mutation, the animal doesn’t reproduce as effectively (or at all), and those mutant genes don’t make it to the next generation.

Consider what computer scientist Gusz Eiben is doing at Vrije Universiteit Amsterdam. He takes two relatively simple robots made up of connected modules and mates them by combining their “genomes,” which carry information about, say, coloration. He also adds noise to this marriage of data, which mimics a biological mutation by subtly changing the offspring so it isn’t just a pure blend of its parents. “One parent is fully green, and the other parent is fully blue,” Eiben says. “Then the child has some modules that are blue and some that are green, but the head is white. That’s not what we put in—it’s a mutation effect.”

And with this variation comes a new kind of creativity in robotic design. “It gives you a lot of diversity, and it gives you the power to explore areas of a design space that you wouldn’t normally go into,” says research scientist David Howard, who developed the evolving leg system and recently published a framework for evolutionary robotics in Nature Machine Intelligence. “One of the things that makes natural evolution powerful is the idea that it can really specialize a creature to an environment.”

The idea is to get robots to adapt to niches in a particular environment in a similar way. So say you want a robot that can explore the jungle on its own. That means it needs algorithms that govern how it moves through the vegetation, as well as a morphology that gets along with a dense forest (so no rotors). You would first simulate that environment for robots to navigate, choosing and breeding those that perform best, then design slightly varied physical machines based on that.

“What we’d do is get lots of small robots that are quite simple and cheap to make,” Howard says. “We’d send them out, and some of them would do better than others.” If a robot doesn’t make it back, it’s not considered “fit”—natural selection at work. Those that do make it get to sire the next generation, which a 3D printer would automatically spit out. Thus the robotic species evolves. Howard reckons we could see this sort of system at work in about 20 years.

Indeed, the materials these evolved robots will be made of is a bit of a problem. “If 3D printing advances in speed, this kind of idea will become true, but today’s printers are very slow,” says Juan Cristobal Zagal, who studies evolutionary robotics at the University of Chile. Both the machines and printing materials are expensive too. But 3D printers can already print a range of materials, including metal, and they will only get faster and cheaper from here.

Broadly, the range and scope of these robots will come down in large part to how these evolutionary systems get creative with materials. When they’re making traditional robots, engineers know what materials to use where, from the metal of motors to the carbon fiber of limbs—or they think they know based on decades of research. But in addition to auditioning different robot morphologies and behaviors in simulation, engineers could add materials to the mix. They’d first build a database describing the properties of each material, then assign those materials to parts of the robot. So maybe a leg made of plastic works better when walking through a particular environment than carbon fiber. If the robot survives, that means there’s something in the combination of components and materials that made it fit for the job or, in the evolutionary sense, its niche.

“Maybe if a new class of materials becomes available, we can just plug that in, and it will be able to select from that,” says Howard. “It takes a lot of the onus away from the human designer.”

By this point you might be thinking, Hey, what could possibly go wrong with letting robots procreate? The answer is, you have nothing to worry about. Humans are rigorously designing these systems, which follow certain rules—namely, the principles of natural selection. Just like we know why fish evolved legs to walk on land, we know why a lineage of robots might adapt morphologies and behaviors for specific environments. The resulting designs may be surprising, but they won’t be detrimental to our species, unless a designer tells the robots to evolve to kick as much human ass as possible. Unlikely, of course.

So yes, giving robots the ability to evolve and breed is certainly a more complicated way to design machines compared with traditional techniques. But it could also unleash a new kind of engineering creativity, and almost certainly won’t lead to the machines taking our place as the dominant species on earth.

GizmoCrazed - October 27, 2018 0
Evolution is a trip. On the one hand, it’s a seemingly simple mechanism—those best fitted to their environment have more babies, while less fit...

This DIY Enigma machine fits inside a pocket watch

A Controversial Fertility Treatment Gets Its First Big Test