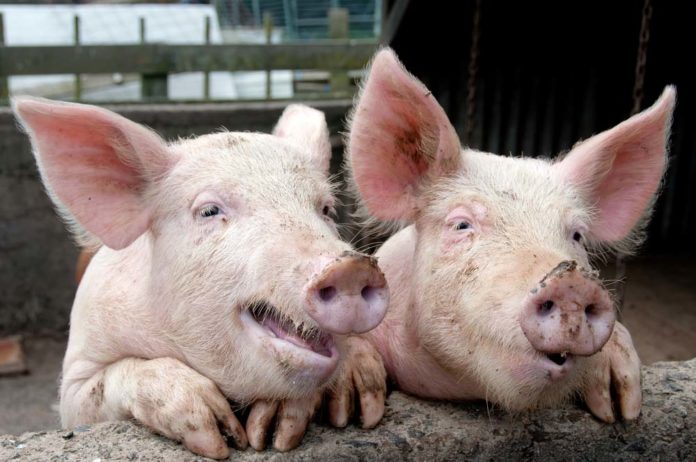 Researchers say they’ve rebooted pigs’ brains four hours after the animals died. The scientists managed to restore some blood flow and brain cell activity to the dead animals’ brains by pumping a protective solution through the tissue using a proprietary technology they call BrainEx. The brain was never alert and researchers did not restore consciousness, but the work could lead to new ways to aid recovery after trauma like heart attacks and strokes, the researchers say.

“BrainEx’s cell-protective formulations may someday find application in therapies for disorders such as stroke,” Nenad Sestan, a neuroscientist at Yale School of Medicine in New Haven, Connecticut, who led the new research, said in a press announcement.

The brain is a highly sensitive organ. As blood courses through the brain’s blood vessels, it delivers oxygen and other nutrients that our minds needs to survive. And when a blood clot or heart attack prevents enough blood from pumping through the brain, our brain cells die, leading to strokes.

Researchers have long considered the lack of blood flow in the brain to mean instant, unavoidable death of the nutrient-deprived brain cells. Yet, scientists have managed to harvest cells from brains after death and keep the cells alive in petri dishes. “This indicated that cells in the postmortem brain may still have the capacity to be revived,”  Sestan said.

In the new study, Sestan’s team wanted to find out what happens in the brain after blood flow stops and test whether they could restore function to a dead brain in a way similar to the brain cells in petri dish. “If we can do this in a Petri dish, can we do it in the entire brain?” Sestan asked. 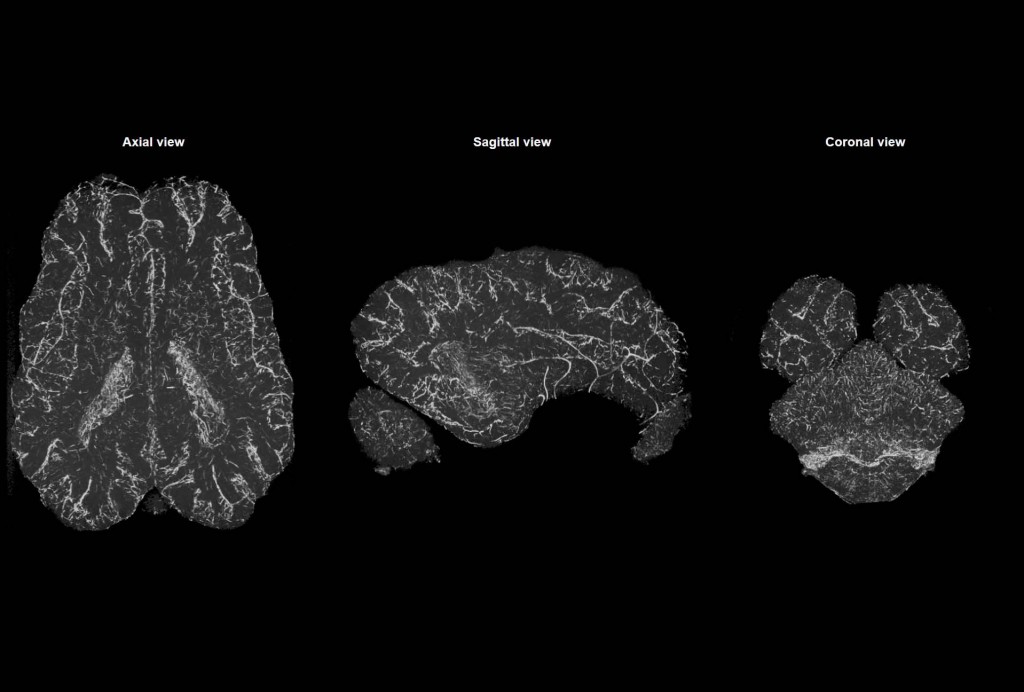 CT scan of a dead pig brain as it was hooked up to the scientists’ device. (Credit: Vrselja et al. / Nature)

The researchers got their hands on the decapitated heads of about 300 pigs that had been slaughtered for food at a New Haven-area food processing plant. Since the animals were bred and killed as part of the food industry, no pigs were sacrificed for this research, the authors say. The scientists then removed the pigs’ brains from their skulls four hours after the pigs had died and hooked about 30 of them up to a system of chambers, pumps and tubes. For another six hours, the system pumped a solution of synthetic nutrients through the brains in a fashion meant to mimic what other organs in the body do.

When Sestan and colleagues assessed how well the brains worked, they found their tech had preserved the tissue’s three-dimensional shape and restored some blood flow to the organ, according to their research published Wednesday in the journal Nature. The scientists also detected electrical activity in some brain cells including those in the hippocampus, a part of the brain central to memory.

“These findings lay the groundwork for novel approaches to studying the postmortem brain and potentially restoring the function of damaged cells in the diseased brain,” Sestan said.

“This is not a living brain. But it is a cellularly active brain,” Sestan said. The researchers also emphasized the goal of the research was never to bring about consciousness in a disembodied organ and in fact had steps in place to shut down consciousness had they discovered it.

Still the research raises a number of ethical questions and concerns. If technologies like BrainEx become more widespread, researchers fear people who are declared brain dead and are primary candidates for organ donation could instead become candidates for brain resuscitation. That’s the argument a group of researchers who were not involved in the study make in a related commentary. The new possibility could complicate the grave decision of when to switch from saving a person’s life to saving their organs for possible transplant.

The study also throws into question what makes an animal alive, another group of researchers who were not involved argue in a second commentary. They add that animals used for this kind of research could end up in gray area of not really alive or dead.