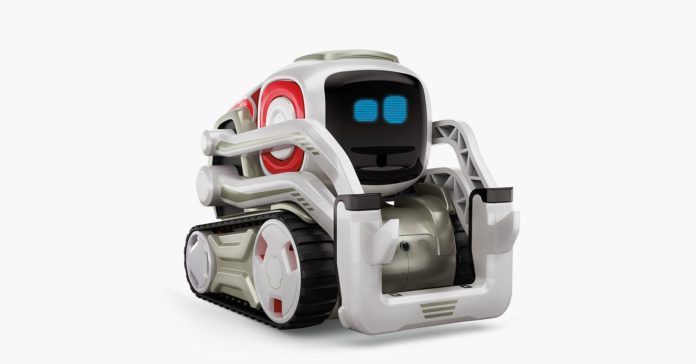 Today brings sad news in the world of consumer robotics. Anki, maker of Vector, a toy-like autonomous countertop robot, is shutting down, and hundreds of people are losing their jobs. It’s a brutal answer to a question we asked last summer: Sure, home robots like Vector are cute, but is this something consumers actually want? Apparently not enough customers for Anki, but here’s what’s far less clear: Beyond the success of Roomba, what on earth do we want sophisticated machines to do for us around the house?

Anki was nowhere near the first company to try to populate the home with social robots. Folks have been at it since the ’80s. Almost all, though, have failed—two major ones in just the last year. There was Jibo, the stationary desktop robot that danced and died an early death, and Kuri, the R2-D2-esque machine that rolled around taking pictures of your dinner party before rolling into the Great Robotic Gig in the Sky.

The problem with both, and now Anki’s Vector, was that none of them really did a whole lot. Unlike the Roomba and the mythically capable Rosie from The Jetsons, they didn’t have a specific job to do. They were all cute, yes, and undeniably charismatic, but three makes a curse: Vector, Jibo, and Kuri show that you can’t sell a home robot on adorableness alone. The machine can’t just be a companion—it has to be a laborer.

There’s perhaps no more challenging place to do that than in the pure chaos of the home, what roboticists call an “unstructured” environment. Robots have for decades ruled the factory, because that’s a “structured” environment that’s easy to master. They can travel along prescripted paths and perform highly repetitive maneuvers while facing few, if any, unexpected obstacles. In the home, robots have to contend with stairs and children and clutter on the floor. And they have to do so without being able to manipulate objects, perhaps the biggest outstanding problem in robotics. No one has given a home robot a pair of hands, because they’d be useless at grabbing things.

What Vector, Jibo, and Kuri did make huge progress on is navigating the complexities of human-robot interaction. “Having a character built-in allows us to do things which are otherwise socially not super acceptable from an appliance,” Hanns Wolfram Tappeiner, cofounder and president of Anki, told WIRED last summer when Vector was announced. “Vector doesn’t just sit there and wait until you ask him something.” It would titter and scoot about the countertop. Unlike an appliance, the machine was fun—very much a robot as we’ve come to expect.

But in the end, Vector couldn’t muster the utility of a typical appliance. The popularity of assistants like Amazon’s Alexa didn’t make the company’s job any easier. Like the Roomba and its sweeping, these assistants do one thing very well. And they do it by sitting stationary on a countertop, which means they don’t have to navigate the chaos of the home. If home robots can’t yet grab you a beer from the fridge, fold laundry, or pick up literally any object, is there much value in their mobility? And if they’re not as smart as Alexa, is there much point in making friends with them?

The makers of home robots also struggle to keep up with Amazon’s and Google’s ability to iterate on their voice assistants quickly. Hardware like Vector’s is an entirely different story. If the company designs a robot and pushes it out to market and it’s not working as desired, it could take years to redesign it.

The ultimate goal for home robots may not even be to build you a new best buddy but to make robots in a sense disappear into the home. “In the case of the Roomba, it’s just a vacuum cleaner, we don’t think about it much as a robot anymore,” says Cory Kidd, developer of Mabu, a medical robot that interacts with patients. “And I think that’s actually a success, when people think of these things in terms of their functionality and the problem they’re trying to solve.” Think about the microprocessor: If you wear an old digital watch like me, you don’t think of it as a computer because it’s become more a part of you than something unique. But it’s indeed a computer.

Still, what home robots do have going for them is that novel charm. This is where the human-robot interaction bit gets really interesting. Watching Kuri and Vector roll around beeping and booping and following your commands was a fascinating thing to behold. In essence, their physical presence allows for a bond with a machine loaded with far more charisma than what a stationary voice assistant can muster. That’s the promise of home robots: The illusion of agency may not make them particularly useful at the moment, but they’re forging a strange new relationship between people and machines. No longer are robots just tools—they’re friends. And maybe one day (perhaps once they’ve sprouted arms and hands) they’ll be so ingrained in the home, like Roomba, that we’ll forget they’re robots at all.

Vector may have failed to win enough hearts to survive, but Anki has made invaluable progress in fleshing out what this new human-machine relationship might look like. “They were on the forefront of social robot design, and poured so much into getting the interaction right,” says MIT roboticist Kate Darling, who studies human-robot interaction. “It was a beautiful product. But they had trouble growing it from nifty toy to something else.”

Farewell, sweet Vector. May you find utility in the Great Robotic Gig in the Sky.