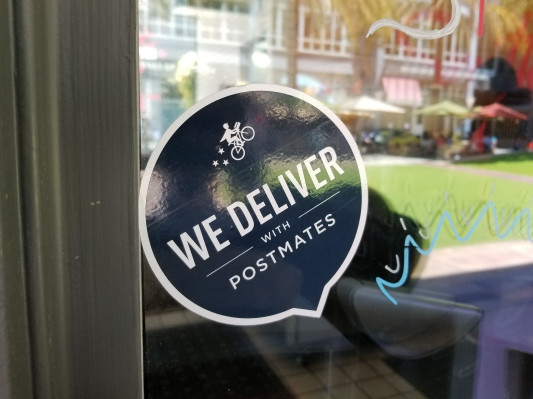 Postmates is expanding like crazy ahead of an initial public offering expected later this year. The food delivery business has launched in 1,000 new cities since December, the company announced today.

San Francisco-based Postmates now operates its on-demand delivery platform, powered by a network of local gig economy workers, in 3,500 cities across all 50 states. Postmates does not yet operate in any international markets aside from Mexico City.

“We want to enable anyone to have anything delivered on demand and this latest expansion allows us to deliver on that promise across all 50 states in the US,” Postmates co-founder and chief executive officer Bastian Lehmann said in a statement.

The company says it now reaches 70 percent of U.S. households and delivers food from some 500,000 restaurants, helping it to compete with food-delivery powerhouses Uber Eats and DoorDash. Additionally, Postmates recently launched Postmates Party, a new feature that lets customers within the same neighborhood pool their orders.

Postmates is poised to follow Uber into the public markets. The company — which has raised more than $670 million in venture capital funding, including a $100 million pre-IPO financing in January that valued the business at $1.85 billion — filed confidentially for a U.S. IPO in February.

The company completes 5 million deliveries per month and was reportedly expected to record $400 million in revenue in 2018 on food sales of $1.2 billion. Uber Eats, for its part, was expected to begin reaching 70 percent of the U.S. households by the end of 2018 and reportedly has plans in the works to use drones to deliver food by 2021.

DoorDash, meanwhile, is a rocketship. The food delivery company is active in 3,300 cities and claims to be growing 325 percent year-over-year. The company recently closed a $400 million Series F financing at a $7.1 billion valuation. It’s likely to go public in the next year, too.