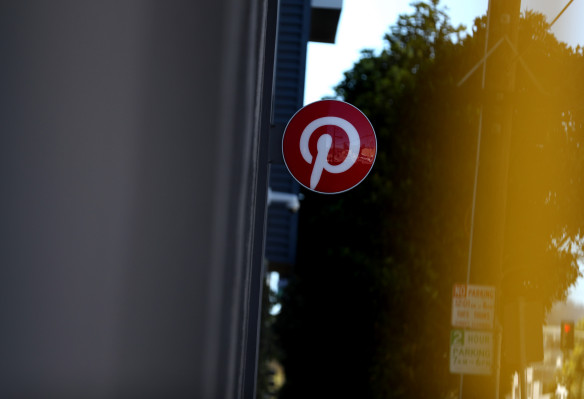 Pinterest priced shares of its stock, “PINS,” above its anticipated range on Wednesday evening, CNBC reports. The company will sell 75 million shares of Class A common stock at $19 apiece in an offering that will attract $1.4 billion in new capital for the visual search engine.

The NYSE-listed business had planned to sell its shares at between $15 to $17 and didn’t increase the size of its planned offering prior to Wednesday’s pricing.

The IPO has been a long time coming for the nearly 10-year-old company led by co-founder and chief executive officer Ben Silbermann. Given Wall Street’s lackluster demand for ride-hailing company Lyft, another consumer technology stock that recently made its Nasdaq debut, it’s unclear just how well Pinterest will perform in the days, weeks, months and years to come. Pinterest is unprofitable like its fellow unicorns Lyft and Uber, but its financials, disclosed in its IPO prospectus, illustrate a clear path to profitability. As for Lyft and Uber, Wall Street analysts, among others, still question whether either of the businesses will ever achieve profitability.

“They are so close together, it’s hard for those not to influence one another,” Kim told TechCrunch. “It’s a much different category, but they are still both consumer tech and they will both be trading at a double-digital revenue multiple.

The stock offering represents a big liquidity event for a handful of investors. Pinterest had raised a modest $1.47 billion in equity funding from Bessemer Venture Partners, which holds a 13.1 percent pre-IPO stake, FirstMark Capital (9.8 percent), Andreessen Horowitz (9.6 percent), Fidelity Investments (7.1 percent) and Valiant Capital Partners (6 percent). Bessemer’s stake is worth upwards of $1 billion. FirstMark and a16z’s shares will be worth more than $700 million each.

Zoom — another tech company going public on Thursday that, unlike its peers, is actually profitable — priced its shares on Wednesday too after increasing the price range of its IPO earlier this week. The price values Zoom at roughly $9 billion, nearly surpassing Pinterest, an impressive feat considering Zoom was last valued at $1 billion in 2017 around when Pinterest’s Series H valued it at a whopping $12.3 billion.

Profitability, as it turns out, may mean more to Wall Street than Silicon Valley thinks.

Why the International Space Station Is the Single Best Thing Humanity...

GizmoCrazed - December 19, 2017 0
The International Space Station is one of the few nonstellar things up there that we can see from down here without instruments. It’s a...

19 Things You Didn’t Know About The Periodic Table