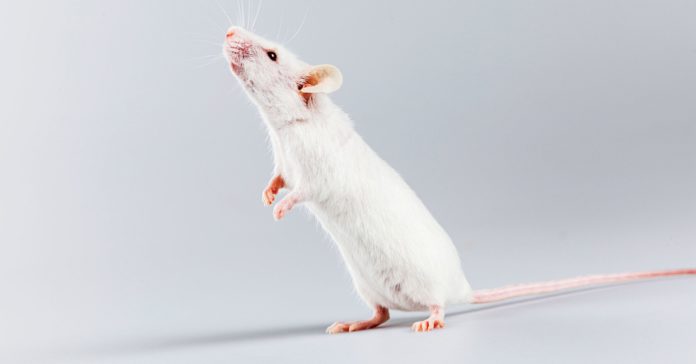 Last month, the FDA approved esketamine, the nose spray version of ketamine, for treatment-resistant depression. You probably know by now that ketamine is a party drug, but it actually finds far wider use as an anesthetic on the World Health Organization’s list of Essential Medicines. Scientists have a good idea of how exactly it brings about its anesthetic charms, on account of it interacting with certain receptors in the brain. But when it comes to ketamine’s antidepressant effects, researchers are still largely in the dark.

But here now, a bit of light. Today in Science, researchers report a peculiar finding in the brains of mice on ketamine. When first fed a stress hormone to mimic the effects of depression, the rodents lost dendritic spines, tiny protrusions that help neurons transmit signals. But when dosed with ketamine, after 12 hours, the mice began to grow back about half of those spines. Weirdly, the researchers noticed behavioral changes almost immediately after administering ketamine, some 9 hours before they saw the regrowth of spines. The finding can’t 100 percent explain ketamine’s antidepressant effects, but it could also lead scientists to even more effective ketamine treatments.

First, we need to talk about how these researchers could take images of microscopic structures in a living mouse’s brain. The answer, of course, is prisms and lasers. They were specifically targeting a region called the prefrontal cortex, which you can see visualized at left. The researchers implanted a prism on one side of the brain, so when they shone a laser through, the light would bounce off the prism—whose hypotenuse was coated in a reflective silver—and hit the other side of the brain. The implantation procedure of course damaged the prism side of the brain, but left the side they wanted to image unharmed.

Now, shining a laser into a normal mouse’s brain isn’t going to do you any good, which is why the researchers used mice genetically engineered to express a yellow fluorescent protein in their neurons. “When the infrared laser light coming from the microscope hits these cells, it excites the yellow fluorescent protein,” says study coauthor Conor Liston, a neuroscientist and psychiatrist at the Feil Family Brain and Mind Research Institute at Weill Cornell Medicine. “That fluorescent signal returns along the same optical path back into the microscope.”

Thus Liston and his colleagues can get an image of neurons and their spines, which you can see above. Baseline is the mouse’s brain operating normally. Below that is following the administration of corticosterone, or CORT, a stress hormone released from the adrenal gland in response to stressful experiences. “It promotes plasticity, it promotes arousal, it can facilitate certain kinds of learning and memory,” says Liston. “But prolonged exposure to elevated levels of this hormone is probably not a good thing.”

Now, take a look at the post-ketamine image at the bottom of that graphic above, and you can see the resurrected spines. The strange bit, though, is that the researchers were noticing behavioral changes in mice dosed with ketamine before they were seeing spines grow back. “What that told us was contrary to our initial expectations,” says Liston. “The formation of these new spines, at least in these neurons, couldn’t be required for inducing the behavioral effects, because the behavioral effects came first.”

Which brings us to an important caveat with this study: mice ain’t people. Their brains aren’t nearly as complex, and that’s particularly true for the brain region targeted in this study, the prefrontal cortex. And mice don’t have anywhere near our behavioral complexity.

“It’s important to recognize here the mouse doesn’t really have depression per se,” says Yale psychiatrist Alex Kwan, who has studied the effects of ketamine on mouse brains. “It’s just experiencing chronic stress and that’s a model for depression, and not really a model of depression.” Really, depression goes far beyond spines on neurons—it’s about your genes and the chemistry sloshing around in your brain and the influences of your environment.

But what researchers can do is pick out behaviors that indicate a mouse is chronically stressed. They’ll lose their taste for sweetened water, for instance. “This may resemble what happens in some people with depression who lose a taste for foods that they used to enjoy,” says Liston.

The other important caveat to note is that these researchers didn’t set out to form a complete understanding of how ketamine works on the brain. Just as depression is the product of a cabal of conspiring factors, ketamine is working on a whole lot of biochemical levels beyond the structural aspects of the brain.

You can see, for instance, a spike in the neurotransmitter glutamate in the brain immediately after administering ketamine. “It does look like if it’s a matter of bringing these brain regions back online, there may be two ways of doing it,” says Yale psychiatrist Gerard Sanacora, who studies ketamine. “One is to really just turn up the stimulation, predominantly having this massive release of glutamate, but then it’s actually forming these new connections that keep the circuits online.”

Ketamine, then, could be exploiting the plasticity of the brain—that is, your neural structure isn’t static. So these new findings provide a potential avenue into increasing the efficacy of ketamine, whose antidepressant effects only last for a week on average.

“It shows that the formation of these new connections is important for supporting ketamine’s antidepressant effects, but not in the way we expected,” says Liston. “It’s not required for inducing them acutely, but it is required for sustaining them in the long term.” That insight could help psychiatrists extend the therapeutic effects of the drug, because there are simple ways to boost the development of neurons in the human brain. “We know that exercise promotes the birth of new neurons, it promotes the formation of new connections. And so it’s conceivable that something as simple as exercise might be useful for augmenting these effects.”

And the more researchers learn about how ketamine works on the brain, the closer they get to fully exploiting its charms and abandoning its adverse effects—namely the out-of-body experience that makes it a popular party drug but a challenging therapy. “What we’re searching for is ketamine’s mechanism so we can develop more targeted therapies that will have the same therapeutic benefits but without the adverse effect profiles,” says neuropharmacologist Todd Gould of the University of Maryland School of Medicine, who studies ketamine.

Why all the trouble? Because 30 to 40 percent of patients who seek treatment for depression don’t get adequate treatment with current drugs like SSRIs. Even when they eventually do, the effects are slow to build—problematic for someone who’s really struggling in the moment. “Existing medications take weeks, if not months, to typically exert the full effects,” says Gould. “Ketamine does this within hours or days.” Though it doesn’t work for everyone.

In ketamine, psychiatry finds a powerful tool that nevertheless remains largely mysterious. Nothing a few prisms, lasers, and mouse brains can’t fix, though.

Healthier and Tastier Chocolate will soon be available

GizmoCrazed - June 21, 2016 0
Leave it to scientists to take something as awesome as chocolate and make it even better. By running liquid chocolate through an electric field, they...