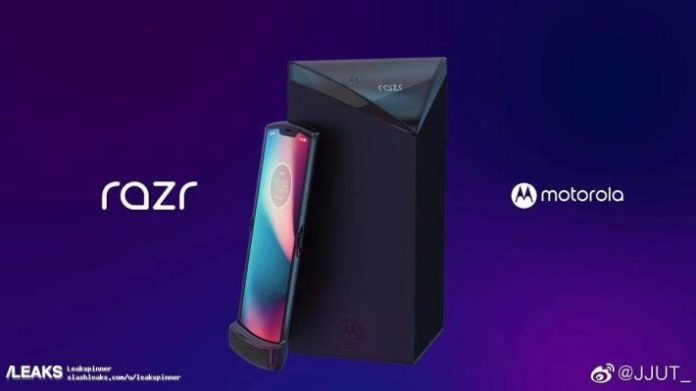 This could be the upcoming Motorola Razr revival. The images purporting to be the upcoming smartphone appeared online on Weibo and show a foldable design. Unlike Galaxy Fold, though, Motorola’s implementation has the phone folding vertically — much like the original Razr.

Pricing is still unclear, but the WSJ previously stated it would carry a $1,500 cost when it’s eventually released. If it’s released.

Samsung was the first to market with the Galaxy Fold. Kind of. A few journalists were given Galaxy Fold units ahead of its launch, but a handful of units failed in the first days. Samsung quickly postponed the launch and recalled all the review units.

Despite this leak, Motorola has yet to confirm when this device will hit the market. Given Samsung’s troubles, it will likely be extra cautious before launching it to the general public.

GizmoCrazed - October 12, 2011 1
Sir Geoffrey Ingram Taylor in 1964 described the phenomena of liquid drop changing its shape when passing through an electric field. He observed it...

This Is World’s Most Expensive iPhone 5 Case, Costs Just $100K