How to Cook With Weed—and a Dash of Tasty, Tasty Science 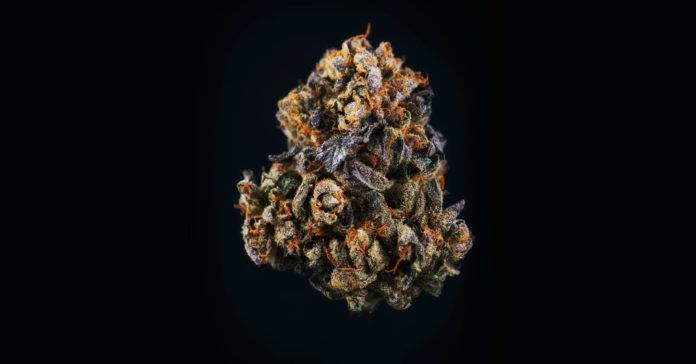 Mac and cheese. Peanut butter and jelly. Asparagus and … cannabis oil with a citrusy terpene profile? Welcome to food pairings in the heady era of cannabis legalization.

A new breed of chef is thriving, experimenting with how to infuse dishes with weed, whose various strains might smell and taste of lemon or mushroom or grain. And, of course, they can complement that taste with the intoxicating experience of THC, like traditional chefs might pair foods with particular wines. It’s all nerdy as hell, and it just so happens that one of the top cannabis chefs in America, Michael Magallanes, is also a chef in WIRED’s San Francisco office. (To be clear, the food he cooks for us is great, but decidedly weed-free.) So on this 420, come with us on a science-packed journey into the frontier of cannabis cuisine.

First, we need to talk about what cannabis does to the human body. When you inhale cannabis vapor from a distilled oil, or you smoke pure flower, THC travels along an unobstructed avenue from the lungs right into the bloodstream. From there, the THC molecules head into the brain and interact with the endocannabinoid system, fitting nicely into the CB1 receptor to produce psychoactive effects.

THC eventually hits the liver after smoking, but not in nearly the same amounts as when you eat cannabis. With this avenue, THC makes a beeline from your stomach to your liver, where your body metabolizes it into something called 11-hydroxy-THC. “The liver’s main job is to make things water-soluble, so they can be excreted and exit the body,” says Jeff Raber, CEO of the Werc Shop, a cannabis lab. “If they stayed in our body and built up, wow, it would be bad.”

The tricky bit about the liver doing its metabolization thing with THC is that 11-hydroxy-THC is five times as potent as its precursor. Which is why edibles can hit you so damn hard, and why cannabis chefs are very methodical about their work.

You see, THC in the plant naturally comes in the form of tetrahydrocannabinolic acid, or THCA, which is non-psychoactive. It’s only after you heat THCA, in a process called decarboxylation, that it transforms into THC, though tiny amounts will convert naturally over time at room temperature. So cannabis chef Michael Magallanes’ first step (again, outside the WIRED offices) was figuring out how long to heat his weed and at what temperature. “It probably took a good month of doing different times and temperatures and sending those to a lab,” he says. The lab in turn gave him THC readings. “Now I have a really consistent way of doing it.” Specifically, he puts the cannabis in a bag in boiling water at 100 degrees Celsius for between an hour and a half and two hours.

From there, Magallanes infuses the cannabis into various kinds of cooking oils, such as coconut or olive. This he does at a lower temperature, to avoid converting even more THCA into THC (thus throwing off his careful calculations), for four to five hours. He can then add these oils to things like purees or other foods that don’t involve high-heat cooking.

Because he works with oil—as opposed to infusing THC into a meal’s main ingredient—Magallanes can be very precise with his doses and tailor them to match guests’ preferences. Novices tend to do best with between 3 and 5 milligrams of THC over the course of the meal, while experienced cannabis users (particularly medical users) will go up to 1,000 milligrams. “Then it’s just a matter of getting the right plate to the right person,” says Magallanes. “I haven’t had any complications with that so far.”

The high is only part of the experience. Different cannabis varieties express different compositions of terpenes, the volatile compounds that make weed smell and taste like weed. That means one variety might taste like citrus, which Magallanes could add to asparagus with some lemon, complemented with the sourness of hawthorn berry. Another strain might come across as more grainy, and go well with chicken and mushrooms.

“For me, it’s about trying to push the boundaries in the culinary world,” says Magallanes. “I’m trying to source quality ingredients to put into my food the same way I would with any ingredient like asparagus. It’s just really unexplored.”

But back to the high. Just like a tasting menu at a fine restaurant might come with wine pairings, heightening the experience both with additional flavors and drunkenness, so too might cannabis chefs use weed to augment a meal. “It’s a cerebral experience that actually enhances the flavor and smell and visual aspect of the food,” says Magallanes.

Problem, though: You may have noticed a conspicuous lack of cannabis restaurants popping up in states that have legalized recreational use. Part of the issue is permitting. “Looking at it from the business owner’s perspective, getting a retail cannabis license is way harder than getting a liquor license,” says Morgan Fox, spokesperson for the National Cannabis Industry Association.

Two, a cannabis restaurant wouldn’t be able to let anyone under 21 in the door, which is great for patrons who hate children, but not great for an establishment’s bottom line. “They also have to worry about legal dosing, because you can’t sell any product in most of these states that has more than 10 milligrams of THC per unit,” Fox adds. “If you’ve got a bowl of chili, it’s a lot more difficult to ensure for regulators that you’re staying within those bounds.” Still, Fox says, the demand for cannabis cuisine is extremely strong—anecdotally at least.

So for now, culinary cannabis will remain a privately catered affair, and most of our asparagus will remain relentlessly sober.