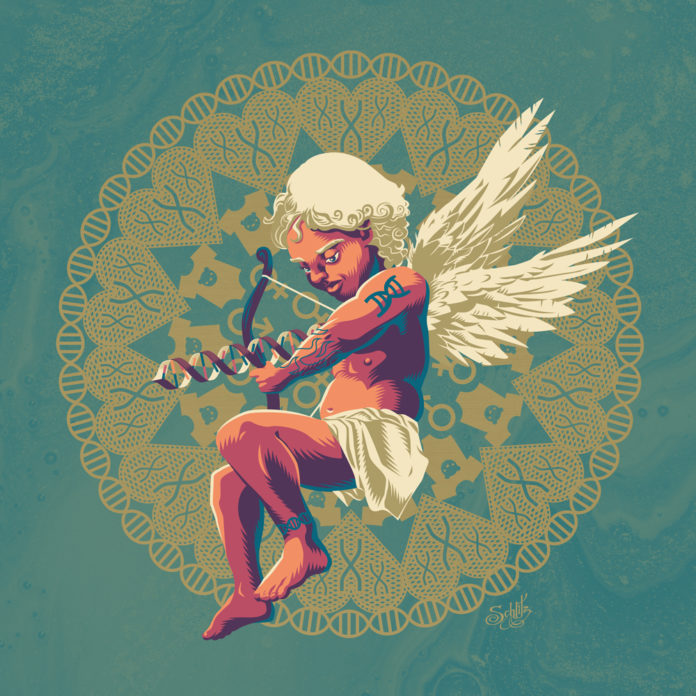 Genetic matchmaking is simply a part of marriage for one Jewish community. Decades ago, about 1 in 3,600 children born to orthodox Ashkenazi Jewish parents were diagnosed with Tay-Sachs disease, a rare, recessive genetic disorder that appears a few months after babies are born. The disease progressively kills nerve cells until the infant can no longer crawl or even turn over. Eventually, the child dies.

The situation prompted scientists and community members to come up with a plan. In high school, boys and girls have their DNA sequenced. They’re assigned a number, but not told if they’re a carrier of the disorder. Once a couple is ready to get married, they send their numbers to religious officials, who compare them. If neither person — or just one — is a genetic carrier, they’re simply told that they’re likely a healthy match. But if both carry genes for Tay-Sachs, the couple is informed and given genetic counseling about their options. Thousands of Ashkenazi couples go through the process every year, and more than 4,500 have decided not to get married as a result. It’s already helped reduce cases of Tay-Sachs significantly.

Church imagines a variation of this program for couples everywhere. Existing social media and online dating sites could be modified to implement this kind of genetic matchmaking at a population scale — for all diseases.

In Church’s vision, these kinds of services would add in a genetic screener. If a match might lead to offspring with a fatal disease, you wouldn’t be shown that person. To ensure the privacy of those screened out, a few people would be randomly removed as well.

The prospect of giving up on love simply because an algorithm has decided you may be unfit — like the Ashkenazi model — might be a little much for some people. But that’s not necessarily where such a system might lead.

“I don’t think people are going to do that,” says Stanford University bioethicist Hank Greely, who specializes in the legal and ethical issues of genetics. He says it’s silly to think you could generalize from one tight-knit group to the rest of the U.S. “It’s a very different culture from the rest of the country,” he says.

Instead, he suspects that if people did get their genome sequenced, they might use the information to gauge their risk of having children with genetic diseases. Then they might decide to roll the dice, adopt, not have kids or use pre-screened, implanted embryos.

Greely also downplays another common fear. It would be almost impossible for people to use their genome sequences alone to produce designer babies, he says. That’s because most traits, like height or intelligence or even eye color, involve a huge number of genes, many of which are unknown. By contrast, many genetic diseases come from just a single gene.

And as far as discrimination from employers and insurance companies goes, Church is counting on the Genetic Information Nondiscrimination Act of2008. The law made genetic discrimination illegal in the U.S., though it doesn’t cover some services, like life insurance.

Church says no insurance companies would have access to discriminatory information about patients’ genetic data. But insurance companies, and even patients, wouldn’t necessarily have to see the genomes to benefit, he adds. Software could play matchmaker for family planning, tipping couples off to problems and cutting rates of genetic diseases.

Furthermore, Greely says he’s not really worried about people getting access to his genomic data, even though he doubts Nebula — or any other company — can guarantee their databases won’t be hacked. “I’m far more concerned with my credit card receipts and Google search history,” he says. “Those say a lot more about me and my life than my genes do.”

In the end, Greely says the biggest concern may be having everyone walking around thinking about their genetic fates. Armed with knowledge of your predisposition to a certain disease, you might be able to take preventive action. But for many conditions, there’s no cure. “Do you really want to know all that info?” he asks.

[This story originally appeared in print as “Love, Genetically”]