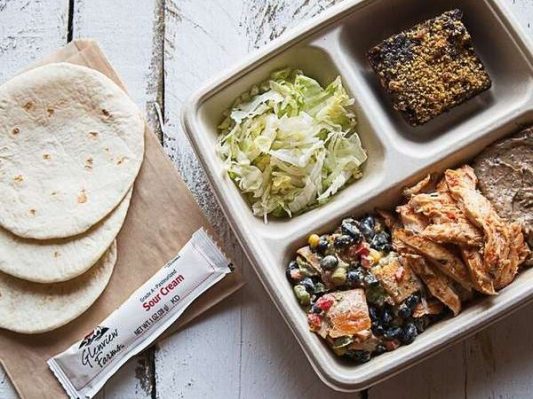 EAT Club, the lunch delivery service that counts companies like Facebook, Postmates and others as customers, has acquired meal delivery service Taro. Financial terms of the deal were not disclosed.

Taro’s business model worked by shipping pre-made meals directly to consumers. With the acquisition, however, Taro will no longer serve customers directly. Instead, it will be folded into EAT Club’s corporate program that enables employees to select their individually packed lunch.

“EAT Club is the only food delivery service for businesses that treats eating in the workplace as a personalized culinary experience,” Taro co-founder and CEO Krishna Mehra said in a statement. “When we set out to expand our reach and distribution beyond family dinners, EAT Club emerged as a natural partner with its unique approach of delivering employees individualized selection within a collaborative atmosphere. EAT Club is making it possible for thousands of new workers to experience Taro’s food and flavors, and we are proud to join forces with them in increasing workplace satisfaction.”

What attracted EAT Club to Taro was its emphasis on healthy, authentic meals, and its approach to managing food production and distribution, EAT Club CEO Doug Leeds told TechCrunch.

“They’ve built some really interesting things we want to keep competitively secret on the equipment side,” Leeds said. “From top to bottom, we were pretty excited about what we were seeing at Taro. We’re going to take their people, tech, recipes and food production processes, and apply them to our existing customers.”

EAT Club has served more than 17 million meals to employees to date, which comes out to about 25,000 meals a day. Given the amount of energy required for that level of production, EAT Club has implemented what it’s calling a Zero Carbon Initiative. Through the initiative, EAT Club will offset its carbon footprint by matching its electricity usage with renewable energy generation. EAT Club also plans to make all of its packaging either recyclable or compostable and support landfill recapture programs.

“By far, the biggest carbon impact of our business is in the delivery — the transportation aspect,” Leeds said. “But we wanted to go further than that. In our production, it was in all of the energy we used to cook food. We wanted to see what is the actual carbon footprint of the entire operation.”

On the employee-side, EAT Club plans to provide stronger commuter benefits and is looking to move its Los Angeles-based office to a location closer to the metro line, Leeds said. To date, EAT Club has raised more than $46 million from investors like August Capital, Trinity Ventures and Sodexo Ventures.

GizmoCrazed - January 13, 2017 0
Media are invited to visit NASA’s Johnson Space Center in Houston ahead of Super Bowl LI to get an insider’s look at the central...

“Out There” Jobs of the Future