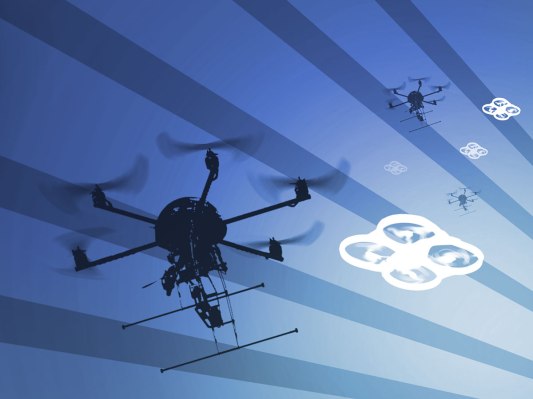 Drones are great. But they are also flying machines that can do lots of stupid and dangerous things. Like, for instance, fly over a major league baseball game packed with spectators. It happened at Fenway Park last night, and the FAA is not happy.

The illegal flight took place last night during a Red Sox-Blue Jays game at Fenway; the drone, a conspicuously white DJI Phantom, reportedly first showed up around 9:30 PM, coming and going over the next hour.

Places where flying is regularly prohibited, like airports and major landmarks like stadiums, often have no-fly rules baked into the GPS systems of drones — and that’s the case with DJI. In a statement, however, the company said that “whoever flew this drone over the stadium apparently overrode our geofencing system and deliberately violated the FAA temporary flight restriction in place over the game.”

The FAA said that it (and Boston PD) is investigating both to local news and in a tweet explaining why it is illegal.

FAA Statement: The FAA is investigating a report that a #drone flew over @fenwaypark during the baseball game last night. Flying drones in/around stadiums is prohibited starting 1hr before & ending 1hr after the scheduled game & prohibited within a radius of 3 nm of the stadium. pic.twitter.com/o6nOGVf8K2

That’s three nautical miles, which is quite a distance, covering much of central Boston. You don’t really take chances when there are tens of thousands of people all gathered in one spot on a regular basis like that. Drones open up some pretty ugly security scenarios.

Of course, this wasn’t a mile and a half from Fenway, which might have earned a slap on the wrist, but directly over the park, which as the FAA notes above could lead to hundreds of thousands in fines and actual prison time. It’s not hard to imagine why: If that drone had lost power or caught a gust (or been hit by a fly ball, at that altitude), it could have hurt or killed someone in the crowd.

It’s especially concerning when the FAA is working on establishing new rules for both hobby and professional drone use. You should leave a comment there if you feel strongly about this, by the way.

Here’s hoping they catch the idiot who did this. It just goes to show that you can’t trust people to follow the rules, even when they’re coded into a craft’s OS. It’s things like this that make mandatory registration of drones sound like a pretty good idea.

(Red Sox won, by the way. But the season’s off to a rough start.)