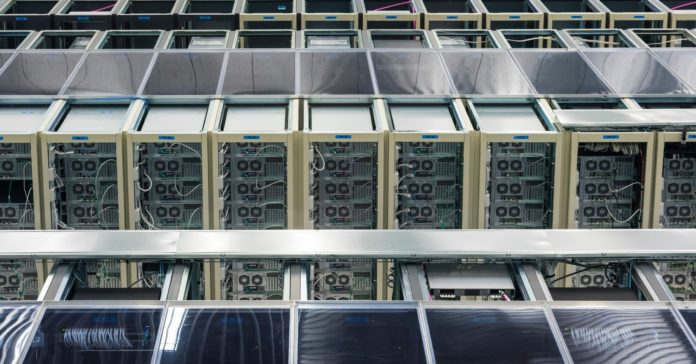 As a shopper, you can chose from labels touting a product’s chemical-free nature (Certified Organic), genetic makeup (Non-GMO), and effect on tropical ecosystems (Shade Grown). Now you could start to encounter a label that certifies that your daily internet traffic is sustainable as well.

A Swedish industry group believes its new “Fossil Free Data” label will not only push consumers to click on firms that process their information using green power, it will also attract more data centers to Sweden’s low-carbon economy.

“This is an important step to get an industry, which is globally using massive amounts of energy, to start turning in a more sustainable direction,” says Christoffer Svanberg, chief sustainability officer at Node Pole, a data center trade group based in the northern city of Skellefteä that is proposing the new label. “The data center industry is such an electricity beast, and we have to start taking these things more seriously.”

The amount of power used to store and transmit the world’s data is equivalent to the power needs of the world’s sixth largest country—about as much as Russia or Canada. That figure is expected to rise to the third biggest by 2028, Svanberg says quoting figures from the International Energy Agency.

Svanberg says the new “Fossil Free Data” label will help consumers make informed choices about what kind of energy runs the websites and mobile apps they use every day. Companies that earn the label might also use it to tout their green-energy bona fides to socially conscious investors.

It makes sense that Sweden is pushing the label, since the Nordic nation has become a leader in attracting large-scale data centers, dozens of which have been drawn by the region’s plentiful hydrower, chilly climate that makes it cheaper to keep energy-hungry servers cool, and fast fiber optic data connections to the rest of Europe.

“Yes, the label is a way of saying, ‘The Nordics is one area where this is available,’” Svanberg said.

The “Fossil Free Data” program is being launched this week in Stockholm. To get the label, firms must run their data centers on 100 percent renewable energy and conform to computing and energy efficiency measures devised by the Infrastructure Masons, a professional IT group.

Svanberg says he hopes to have third-party authentication of the green data certification once the program is up and running.

US tech giants have been criticized in recent years for metabolizing too much dirty energy in their data centers, most notably by Greenpeace’s 2010 “Click Green” report, which detailed how Netflix, Amazon, Google, Facebook, and Apple were driving this growth. Since then, 20 of the largest internet companies promised to use renewable energy, and they have already deployed more than 10 gigawatts of renewable power in the US and overseas.

For example, Facebook opened a massive green data center in Luleä, Sweden, in 2013, which runs on 100 percent renewable energy and operates more efficiently than previous centers, according to spokeswoman Melanie Roe. Worldwide, seven Facebook data centers are supported by 100 percent renewable energy, and another eight new ones will be built with green power by next year, Roe said.

And Apple’s expansion of its data center in North Carolina includes a huge solar farm and biogas facility that collects methane from waste generated by the region’s dairy cows. But critics say that not all tech firms are moving toward a carbon-free future fast enough.

In February, Greenpeace released a new report blasting Amazon Web Services (AWS) for expanding its data center footprint in the Loudon County, Virginia, a region that handles 70 percent of the world’s internet traffic. The electric utility, Dominion Power, generates only 5 percent of its power from renewables, relying mainly on coal-powered electricity and natural gas from fracking. The Virginia expansion has occurred despite Amazon’s pledge to achieve 100 percent renewable energy from its data farms worldwide, although the pledge doesn’t say when that will happen.

Amazon responded that it is still committed to running on 100 percent renewable energy in the future, and noted its investments in six Virginia solar plants.

Experts credit Greenpeace for shining a light on the problems of the data center industry, but are skeptical that a new consumer label will make a big difference. “It’s been a useful thing for the industry to think about,” says Jonathan Koomey, special advisor to the chief scientist at the Rocky Mountain Institute and a former research fellow at Stanford’s Center for Energy Policy and Finance. “I don’t know how likely it is that companies will chose one data center over another because of this.”

Companies who pay a data center to host their digital information might instead focus on computing efficiency or low cost rather than their use of renewable power. And Koomey doubts that it will make a difference for most consumers. Are you really willing to quit shopping at Amazon if it doesn’t use more solar and wind in Virginia?

But Josh Hatch a principal at Brightworks Sustainability, a Portland, Oregon, based environmental consulting firm, believes that the label could boost awareness of the energy demands of the internet and the servers that keep people online.

Hatch, who worked as a consultant for Facebook’s Oregon data center, says the data industry could push the nation’s electric grid into a greener future. “They have immense buying power and there is already consumer concern about their environmental impact,” Hatch said.

Some socially conscious labels can be a bit of a marketing ploy. (See a recent campaign by Smirnoff touting its non-GMO, gluten-freen vodka.) But maybe our addiction to the energy-hungry internet could use a bit of green guilt—whether it’s a boon to Sweden or not.

How to Make Your BitTorrent Downloads Fast & Secure

GizmoCrazed - October 30, 2010 0
Over a decade has passed since the arrival of BitTorrent & it is continuing to evolve & remains one of the best file-sharing tools...

Speed Equals Success: How to Type Faster Than 100 WPM