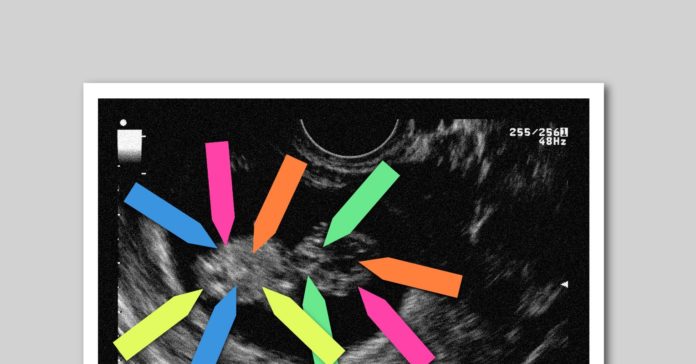 William Peranteau is the guy parents call when they’ve received the kind of bad news that sinks stomachs and wrenches hearts. Sometimes it’s a shadow on an ultrasound or a few base pairs out of place on a prenatal genetic test, revealing that an unborn child has a life-threatening developmental defect. Pediatric surgeons like Peranteau, who works at Children’s Hospital of Philadelphia, usually can’t try to fix these abnormalities until their patients leave their mother’s bodies behind. And by then it might be too late.

It’s with the memory of the families he couldn’t help in the back of his mind that Peranteau has joined a small group of scientists trying to bring the fast-moving field of gene editing to the womb. Such editing in humans is a long way off, but a spate of recent advances in mouse studies highlight its potential advantages over other methods of using Crispr to snip away diseases. Parents confronted with an in utero diagnosis are often faced with only two options: terminate the pregnancy or prepare to care for a child who may require multiple invasive surgeries over the course of their lifetime just to survive. Prenatal gene editing may offer a third potential path. “What we see as the future is a minimally invasive way of treating these abnormalities at their genetic origin instead,” says Peranteau.

To prove out this vision, Peranteau and colleagues at the University of Pennsylvania injected Crispr editing components, encoded in a virus, into the placentas of pregnant mice whose unborn pups were afflicted with a lethal lung-disease-causing mutation. When the fetuses breathed in the amniotic fluid they also inhaled the Crispr bits, which went to work editing the DNA inside their rapidly dividing alveolar progenitor cells. These cells give rise to many types of cells that line the lungs—including ones that secrete a sticky substance that keeps the lungs from collapsing every time you breathe. Mutations to proteins that make up this secretion are a major source of congenital respiratory conditions. All of the mice with the mutation died within a few hours of birth. Of those edited with Crispr, about a quarter survived. The results were published in today’s issue of Science Translational Medicine.

It’s the second proof of concept from the group of scientists in the past year. In October, they published a paper describing a slightly different procedure to edit mutations that lead to a lethal metabolic disorder. By changing a single base pair in the liver cells of prenatal mice, Peranteau’s team was able to rescue nearly all of the mouse pups. Other recent successes include unborn mice cured of a blood disorder called beta-thalassemia following a prenatal injection of Crispr, carried out last year by a team at Yale and Carnegie Mellon.

Though the field is still in its infancy, its pioneers believe that many of the problems Crispr-based therapies have to contend with—like reaching enough of the right cells and evading the human immune system—can be solved by treating patients while they are still in the womb.

“If you’re trying to edit cells in an adult organ, they’re not proliferating, so you have to reach a lot of them to have any impact,” says Edward Morrisey, a cardiologist at the University of Pennsylvania, who coauthored the latest study. Fetuses, on the other hand, are still developing, which means their cells are in a state of rapid division as they grow into new tissues. The earlier in life you can edit, the more those genetic changes will multiply and propagate through developing organs. Morrisey’s mice might have only been born with the genetic edit in about 20 percent of their lung cells, but 13 weeks later, the correction had spread to the entire surface of the lung. “They’ve actually outcompeted the nonedited cells, because those cells are very sick,” says Morissey.

For lung diseases in particular, this represents a huge advantage. As soon as a baby leaves the watery world of the womb, its lung cells start secreting a barrier of mucus mixed with surfactant, to keep any dust or viruses or other foreign objects, including Crispr components, from reaching those tissues. A developing fetus also has a less aggressive immune system than a human who’s been exposed to the outside world. So it’s less likely to mount an attack on Crispr components, which do, after all, originate in the bacterial kingdom.

Now, you might be thinking, if editing earlier is better, why not edit an embryo right after it’s been fertilized, when it’s only a cell or two old? But this technique, known as germline editing (you might remember it from last year’s Chinese Crispr baby scandal), is a much more complicated ethical endeavor. Editing at that stage would pass on any changes to every cell, including the ones that would go on to make sperm or eggs. This kind of editing is effectively banned in the United States, following a directive from Congress to the US Food and Drug Administration to not allow any clinical trials involving genetically modified human embryos. (The ban, which has to be renewed annually, was most recently reaffirmed in February of 2019). The other thing though, is that getting an accurate diagnosis when an embryo is only a few cells old can be tricky. Waiting long enough to get a visual on a fetus along with other vital signs can provide important clues as to the severity of the condition. “It gets us right in that sweet spot to treat a disease at the very beginning, basically as soon as it’s diagnosed,” says Peranteau.

But there are still safety issues to resolve. For one thing, in utero editing involves two patients, not just one. In the process of curing a child, this technique would potentially expose a healthy bystander—the mother—to a treatment that provides no potential benefit and only potential risks, including dangerous immune reactions. And because the editing is taking place inside her reproductive tract, some wayward Crispr components might wend their way up her fallopian tubes and into her ovaries, potentially making changes to other, unfertilized eggs. A lot more science will need to be done to better assess these risks. To give you an idea of how long these things can take, consider that in utero gene therapy—an older approach that entails replacing a defective gene with a functioning one using a virus—was first proposed back in the mid-1990s following a series of positive proof of concept studies in mice. Today, only a single clinical trial is in progress.

“This is not a panacea for curing every genetic disease that’s out there,” says Peranteau. But he believes that a Crispr approach will be able to piggyback on the work of the gene therapy field, and may offer a new way forward for at least some of his patients. “At some point in the future—not tomorrow or the next day, years from now—I think in utero editing would provide hope for families that today have none.”

Are video games bad or good for you?

GizmoCrazed - September 22, 2019 0
Given recent realities, this is a pertinent question that needs to be answered. Video games are no longer games played only by kids. Most people are...

Nokia N8 to go Officially on Sale in Last Week of...

China Is Both the Best and Worst Hope for Clean Energy