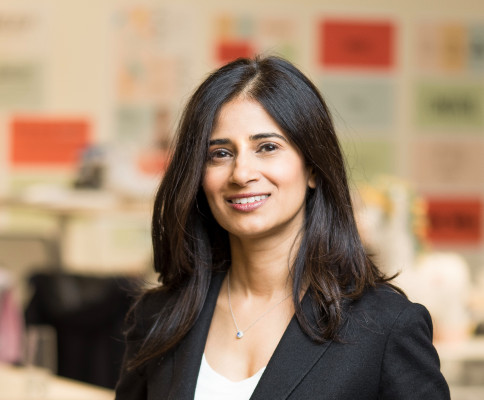 Varsha Rao, Airbnb’s former head of global operations and, most recently, the chief operating officer at Clover Health, has joined Nurx as its chief executive officer.

Rao replaces Hans Gangeskar, Nurx’s co-founder and CEO since 2014, who will stay on as a board member.

Nurx, which sells birth control, PrEP, the once-daily pill that reduces the risk of getting HIV, and an HPV testing kit direct to consumer, has grown 250 percent in the last year, doubled its employee headcount and attracted 200,000 customers. Rao tells TechCrunch the startup realized they needed talent in the C-suite that had experienced this kind of growth.

“The company has made some really great progress in bringing on strong leaders and that’s one of the things that got me excited about joining,” Rao told TechCrunch. Nurx recently hired Jonathan Czaja, Stitch Fix’s former vice president of operations, as COO, and Dave Fong, who previously oversaw corporate pharmacy services at Safeway, as vice president of pharmacy.

Rao, for her part, joined Clover Health, a Medicare Advantage startup backed by Alphabet, in late 2017 after three years at Airbnb.

“After being at Airbnb, a really mission-driven company, I couldn’t go back to something that wasn’t equally or more so and healthcare really inspired me,” Rao said. “In terms of accessibility, I feel like [Nurx] is super important. We are really fortunate to live in a place where can access birth control and it can be more easily found but there are lots of parts of the country where physical access is challenging and costs can be a factor. To be able to break down barriers of access both physically and from an economic standpoint is hugely meaningful to me.”

Nurx, a graduate of Y Combinator, has raised about $42 million in venture capital funding from Kleiner Perkins, Union Square Ventures, Lowercase Capital and others. It launched in 2015 to facilitate women’s access to birth control across the U.S. with a HIPAA-compliant web platform and mobile application that delivers contraceptives directly to customers’ doorsteps.

Today, the telehealth startup is available to customers in 24 states and counts Chelsea Clinton as a board member.