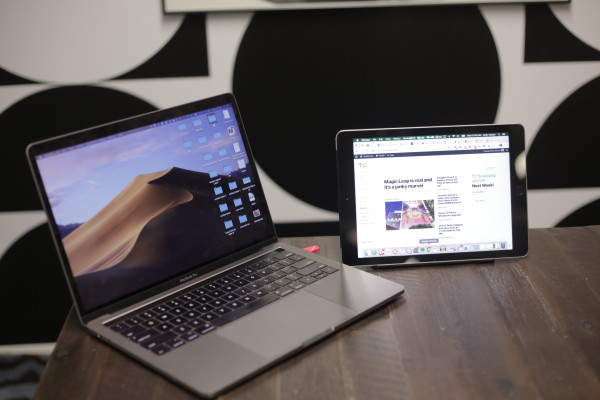 According to a report from 9to5mac’s Guilherme Rambo, Apple is working on a feature that would let you pair your iPad with your Mac to turn your iPad into a secondary Mac display. That feature, code-named Sidecar, could ship with macOS 10.15 this fall.

And it sounds like Apple wants to turn those setups into a native feature. It could boost iPad sales for MacBook users, and MacBook sales for iPad users.

Apple wants to simplify that feature as much as possible. According to 9to5mac, you would access it from the standard green “maximize” button in the corner of every window. You could hover over that button and send the window to an iPad.

By default, apps will be maximized on the iPad and appear as full-screen windows. Maybe you’ll be able to send multiple windows and split your display between multiple macOS apps, but that’s still unclear.

Graphic designers are going to love that feature, as you’ll be able to use the Apple Pencil. For instance, you could imagine sending the Photoshop window to your iPad and using your iPad as a Wacom tablet.

Sidecar will also be compatible with standard external displays. It should make window management easier, as you’ll be able to send windows to another display in just a click.

Finally, 9to5mac says that Apple is also working on Windows-like resizing shortcuts — you could drag a window to the side of the screen to resize it to half of the screen, for instance.