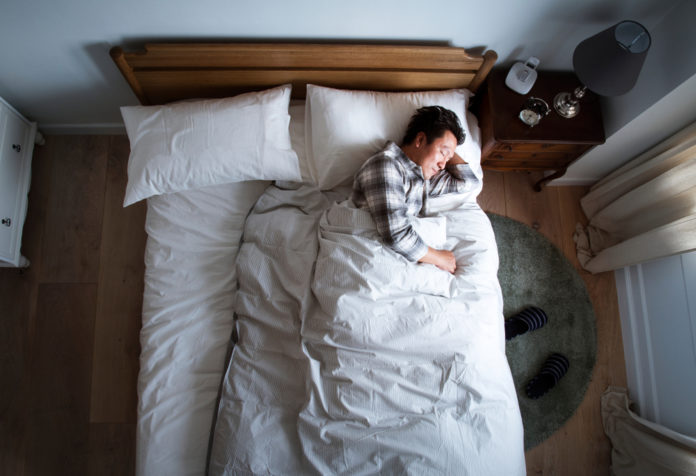 In Japan, around one in four adults younger than age 39 never have had sex, a study found. (Credit: Shutterstock)

Nearly a quarter of Japanese people under age 39 are virgins, according to a new analysis by a team of researchers at the University of Tokyo.

The findings, published in BMC Public Health, show that Japanese young adults are having less sex today than their counterparts were decades ago. Both men and women are having their first sexual encounters later in life, and many are entering their 30s as virgins.

While Japan’s increasingly sexless generation may seem shocking, people in other wealthy and developed nations are also opting to keep their pants on, so to speak. But even so, it appears that Japan is an outlier.

“Compared to countries such as Britain, the U.S. and Australia, the proportion that reports no experience of heterosexual intercourse is indeed much higher in Japan across all age groups,” said lead author Peter Ueda, an epidemiology and public health researcher at the University of Tokyo.

Researchers peered into the sex lives of young Japanese people by analyzing data collected for the country’s National Fertility Survey, carried out every five years by Japan’s National Institute of Population and Social Security Research. The surveys were collected between 1987 and 2015, and each involved between 11,553 and 17,859 participants aged 18 to 39-years-old who were either married or single.

The study defined virginity, or sexual inexperience, as never having vaginal intercourse with a member of the opposite sex. Homosexual experiences weren’t included in the analysis because Japan’s national survey does not collect data on same-sex experiences.

In parsing the data, researchers found that the number of 18 to 39-year-old women who were sexually inexperienced rose from 21.7 percent in 1992 to 24.6 in 2015. For men, sexual inexperience increased from 20 percent to 25.8 percent during this time.

Acknowledging that there’s a big age gap between the youngest and oldest participants, researchers also looked at virginity rates across the survey’s oldest age bracket. Even among people in their 30s, there was a growing trend toward delaying the sexual rite of passage of losing one’s virginity.

Many haven’t done the deed by the time they reached their late 30s. Around 4 percent of women between 35 to 39-years-old were sexually inexperienced in 1992, increasing to 8.9 percent in 2015. For men, the percentage rose from 5.5 percent to 9.5 percent over the same time period.

Overall, this means 1 in 10 Japanese men and women in their 30s never have had sex — at least heterosexual sex.

Why are Japanese millennials choosing abstinence instead of sowing their wild oats? Ueda explained that it’s probably not because Japanese people are turned off by sex. Instead, it may be a choice that reflects the economic times they’re living in.

“Post-war Japan was known for lifelong employment, but in recent years, there has been a decline in stable employment opportunities … long working hours prevail at many companies, and this might leave less time for pursuits on the mating market,” Ueda said, who added that there were stronger associations between socioeconomic factors and the likelihood of virginity among men.

Among men aged 25-39 years, those in the lowest income group were 20 times more likely to be sexually inexperienced. Men who were unemployed or working temporary or part-time jobs were also more likely to be virgins. However, women who had lower personal incomes were more likely to have had sex at some point.

“The association between income and virginity among men indicates that socioeconomic factors play a role in determining the likelihood of virginity. Previous studies outside of Japan indicate that stable and high income are determinants of attractiveness on the mating market, and the association could be interpreted as money and social status being important for attracting partners for men,” Ueda said.

Some people might simply be pickier these days. Ueda said the most common reason for remaining single was an “inability to find a suitable partner.”

As a growing number of Japan’s young people abstains from sex, the country is also grappling with steep population declines. Japan’s birthrate is among the lowest in the world and the Japanese population is predicted to fall by a third by 2060, the paper noted. Japan’s virgins have been partly blamed for the country’s shrinking population. But Ueda cautions that more sex won’t necessarily fix the problem.

While they may be blooming late, the survey’s results suggest that Japan’s young people do want to get married — and presumably have sex — someday. Ueda said eight in 10 of the 25-39 year-old virgins said they hoped to get married in their lifetimes.

Next, the research team hopes to learn more about Japan’s dating trends.