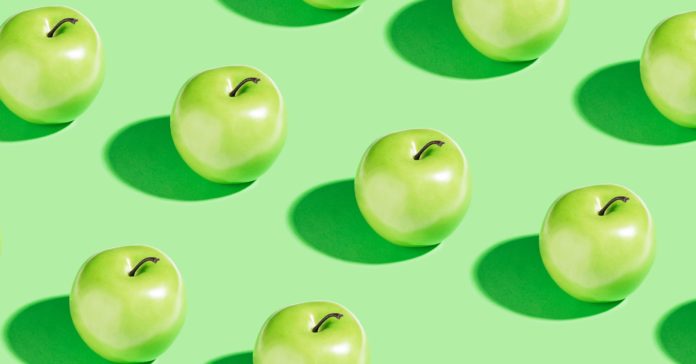 A bowl of salad is a beautiful collection of human ingenuity. The lettuce requires its own specialized agricultural process, as do the tomatoes, as do the garbanzo beans. Then comes the simple act of pulling these ingredients out of the ground, a challenge our dextrous human hands complete with ease. As for robots? Not so much.

This is why roboticists are creating crop-specific machines to harvest fruits and veggies. There’s the robot that harvests lettuce with a knife made of water. Now comes the apple-picking robot, a metallic farmer that just graduated from R&D and won a job in a New Zealand orchard. Its deployment may be limited at the moment, sure, but it’s a glimpse at a future in which hyper-specialized robots help feed our growing species.

The robot (it’s thus far nameless, in case you were wondering), developed by a company called Abundant Robotics, navigates the rows between apple trees using lidar, which paints the world with lasers, and images the fruits with machine vision.

“In real time it’s recognizing apples,” says Dan Steere, CEO of Abundant. “If it’s ripe, then the computer system sequences it for the robotic arm to pick.” Maybe not so much as pick but slurp—the arm uses a vacuum tube to suck the delicate fruit off the plant. The apple then hits a conveyor, which ferries it into a bin. The robot can do this 24 hours a day, scooting up and down the rows of the orchard, skipping not-quite-ripe fruits to return to later, as a human picker would.

There are many logical and technical reasons an apple-picking robot hasn’t existed until now. When it comes to the evolution of agricultural automation, it’s been more machete than shears. Some of the machines in widespread use are the combine, which harvests the whole wheat plant, and cotton pickers, which sweep across acreage, stripping the plant of its fluffy fruit. Apple trees, on the other hand, are, well, trees, and can’t just be steamrolled for harvest. “You can’t damage the trees and you can’t damage the fruit,” says Steere. “And so that’s just more difficult to do than something like a combine for wheat, where you mow the crop down and pull it through a machine.”

What’s now made automation possible for apples comes down largely to the sensing—this robot not only pinpoints the fruits, but determines ripeness too. Its operators can adapt it for a particular variety of apple by consulting with the farmer, who knows from experience what color equals ripe. Abundant Robotics can then tweak the vision system accordingly.

Which might make you think the end of the human farmer is nigh. But as with most cries about job-stealing robots, it’s worth remembering that automation is nothing new, especially in agriculture. Think about what happened to wheat. It used to be that an army of workers would have to scythe through a field, until combines came along to automate the process. So it seems natural that apples and other delicate crops would see their automation days.

“Picking fruit is heavy work,” says Peter Landon-Lane, COO of T&G Global, the grower that’s deployed the apple robot. “To pick a hectare of apples involves pickers collectively doing something like 5 vertical miles going up and down ladders. With mechanization and robotics, it allows us to take out a lot of the heavy work.”

Less heavy work for humans means they can either supervise the robot as it navigates the orchard, or pick out the apples the machine missed. That automation will be essential as the agriculture industry continues to struggle with a deficit of human labor: in the US between 2002 and 2014, full-time field workers dropped by 20 percent. Feeding a hungry human species on the same amount of land (or even less, really, given rising seas) means relying on machines to automate agriculture, as we have done in agricultural revolutions past.

The interesting bit this time around is that we now have more power to customize the crop to the machine. You see, these apple trees in New Zealand aren’t like anything that grows in your backyard. While apple trees are naturally bushy, these are shortened and flattened, so they look more like rows of grape vines. So what is naturally a 3-D bulb of leaves and apples and stems, is now in effect 2-D. As the robot rolls up and down the rows, it’s reading book after book, picking out certain words (apples) while leaving behind others (leaves and branches). Being squatter has other advantages too: it allows human pickers to more easily access the fruits, while being flat ensures that more of the fruits and leaves get sunlight. Interestingly, this kind of crop adaptation is the same principle behind the lettuce-harvesting robot. Farmers plant special lettuce that grows more like a bulb than a sphere, which allows the water knife to more neatly slice the plant at its base. So as much as we need to tailor robots to specific crops, we have to also tailor the crops to the robots.

All these variables make it difficult to invent an all-purpose agriculture robot. And that doesn’t even account for produce grown indoors in highly structured operations. A startup called Iron Ox, for example, is developing a roboticized facility for crops like herbs. Each plant grows in its own little pod, which is arranged in hydroponic trays. As the plants grow, they need ever more room, so periodically a robotic arm picks them up and transports them to trays where plants are more widely spaced.

So we’re seeing indoor and outdoor robotic systems developing to handle crops that do best in a given environment. You can’t grow apples hydroponically for a number of reasons—apple trees have lots of roots, for one—but Iron Ox’s system can nurture a range of crops suitable for the great indoors, from herbs to leafy greens. Plus, their robotic arm isn’t just a vacuum adapted to pick apples—it’s got extra flexibility. “The reason we went with the arm is because with a software update we can add new levels of automation,” says Brandon Alexander, CEO of Iron Ox. With the apple-picking robot, it’s all suction all the time.

Farmers might use other agricultural robot arms to autonomously trim plants, or identify pests or diseases on the leaves. A lot of that iterating will come from tweaks to the software.

So, yes, to a degree agricultural robots will be adaptable. But there will certainly be no single agricultural robot to rule them all—crops are just too diverse. Plus, specialization will give the machines powers that no human farmer can wield. We’re talking super speed and super sensing and lots of other super things, all in the pursuit of ensuring a robust system of food production on a changing planet.