You Can Power a Calculator With Some LEDs 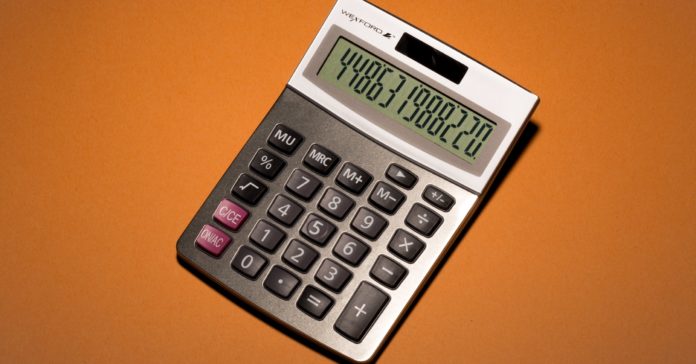 Suppose you are getting ready to take a physics test. Everything is set—but wait! Your calculator battery died. What do you do? If you’re extra crafty, you could grab an LED (light-emitting diode) and use it to get your calculator to function again. I know this seems crazy, but it’s true. In fact, I did indeed run a calculator using some LEDs, which I will show you below.

Of course, to really understand how this works we need to look at what an LED actually is. I’m sure you have a few in the smartphone in your pocket. Many video displays use LEDs. It’s very possible you’ve got one screwed into your ceiling light. They are everywhere.

Let’s start off with just a diode. A diode is a device that is made from two types of semiconductors that are connected together. In one of the semiconductors, there are extra electrons (negative charges) that can move around to make the material a conductor. We call this an n-type semiconductor (the n stands for negative). The other type of material is called a p-type semiconductor. I bet you can guess what the p stands for—yup, positive charges. In the p-type there are actually atoms with missing electrons. These are called positive holes because an electron should be there. But these holes essentially behave like a positive charge.

When you put a p-type together with an n-type, you get a diode. If a current of negative electrons (which is the way most electrical currents work) enters the n-type side of the diode, everything works fine. The negative electrons can move through the n-type part of the diode with no problems. When these charges get to the p-type side, they combine with a positive hole (they fill in the holes). This makes it look as if a positive hole is moving in the opposite direction as the negative charge, such that there is a constant current across the diode.

That’s the essence of a diode. Current can go one way through it, but not the other way. But wait! What about the light part? It turns out that a negative charge in the n-type side has a greater energy than the positive holes in the p-type side. So when a negative charge combines with a hole, there is a decrease in energy for the charge. Since energy has to be conserved, that energy has to go somewhere. It does. It makes light.

It’s actually even crazier that that. It turns out that the frequency of the light produced is proportional to the change in energy. Yes, this is from quantum mechanics, but it is still real. Here is that relationship:

In this expression, ΔE is the change in energy of the electron and f is the frequency of light. The h is Planck’s constant—it’s kind of a big deal in quantum mechanics. But that is your LED, the light-emitting diode. I use them. You use them. Everyone uses them. They are great for lights because they mostly just create light and don’t get very hot like incandescent or fluorescent bulbs.

Now let’s get super crazy. What if you take an LED and you don’t connect it to a battery? Instead you connect the LED to a voltmeter and measure the electric potential across the leads of the LED? Check this out.

Notice that by connecting the LED to the voltmeter, you get a voltage right away. This LED comes from an overhead light. When I cover up the LED, the voltage drops. Shining a bright light increases the voltage quite a bit. But why? Essentially, the diode is acting like a solar panel. OK, it IS a solar panel. The light gives energy to the electrons in the n-type material so that it has enough energy to move to the p-type side. This movement of charges builds up a potential difference (it’s essentially acting like a capacitor here) so that you get voltage.

In case you can’t tell, I think this is awesome. The LED is a two-way device. Run a current through and you get light. Shine light on it and you can get an electric current (if you connect it to something). OK. Game on. Can I use some LEDs to power something? In fact, YES. Check this out. Here are a bunch of LEDs connected in parallel such that the current from each LED adds to the total current. This LED bank is connected to a solar power calculator with the solar cell removed.

It works. OK, I had plans for something bigger. I wanted to have this run some tiny electric motor, but I couldn’t get it to work. The calculator is pretty low power so it’s perfect for this job.

But wait. If an LED can be both a light and a solar panel, can a solar panel also be a light? Apparently, yes. I didn’t get this to work, but I’ve been told that if you connect a solar panel to a power supply, it will glow. Oh, you can’t see it—it glows in the near infrared (like your TV remote). This means you will need a camera without an infrared filter to see it. I’m going to keep trying with this.

Let me tell you my real plan (since it didn’t work). I was going to connect a motor to an LED and shine a light on the LED to run the motor. Then I was going to turn the motor really fast so that it acts like a generator and lights up the LED. That would be pretty cool.

Yes, an electric motor and an electric generator are the same thing. If you run current through it, it spins. If you spin it, you can get a current. Boom. Double duty. There are other devices that go both ways. What about the speaker? If you connect a speaker to the audio input on your computer, it acts as a microphone. Also, there is the TEG (thermoelectric generator). This is a device that is essentially just two different metals connected together. If you heat up one of the metals you can create an electric current. This sort of device is used with spacecraft (and a radioactive source for heat) to provide deep-space power. However, if you take this same device and run current through it, one side gets hot and one side gets cold. It’s an electric cooler with zero moving parts.

So, now I’m adding the LED to this list of dual-purpose devices. Now I just need to figure out how to build an LED solar panel from scratch. That will be fun.