You Can Play With Escape Velocity—Without Leaving the Planet 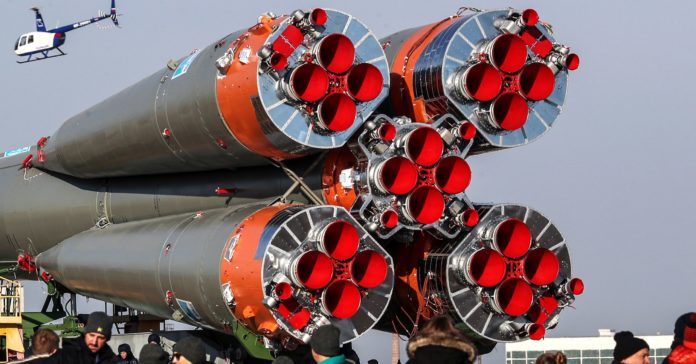 If you like cool-sounding science terms, escape velocity should fit the bill. But what the heck does it even mean? Allow me to explain.

Surely, you have heard this before:

What goes up, must come down.

How about an experiment to see if this is even true? I’m going to take a ball and toss it up. Let’s see what happens. You can try this at home.

That seems to work. What if I throw it even higher?

It still works. It goes up. It comes down. But why? Here is a force diagram for the ball right after I throw it up.

Since the ball is moving upward, I put a dashed arrow to represent the velocity. I just want to point out that velocity is not a force. The real force is the downward “mg” arrow. This is the force due to the gravitational interaction between the Earth and the ball. In this case, the force depends on the mass of the ball (m) and the local gravitational field (g) with a value of around 9.8 Newtons per kilogram.

But what do forces have to do with motion? In general, forces change the motion of an object. Yes, the “change” part is super important. When a force acts in the opposite direction as the velocity, the object slows down. This means that the upward-moving ball slows down. With a constant gravitational force, the object slows down until it stops. After it stops, the downward force makes the object increase in speed since the force and velocity are in the same direction.

It doesn’t matter how high you throw the ball, the downward force of gravity will eventually slow it down to a stop. Except this is wrong. In fact, the gravitational force is not constant.

This is “universal” gravity because it gives an expression for the force between any two objects with mass—not just for stuff on the surface of the Earth. Maybe this picture will help.

The gravitational force acts on both of these masses to pull them towards each other. The magnitude of this force depends on the values of both masses and the distance between their centers. The “G” is the universal gravitational constant with a value of about 6.67 x 10-11 N*m2/kg2.

If the two masses are a 1 kilogram object and the Earth, then the two masses are 1 kg (the object) and 5.97 x 1024 kg (the mass of the Earth). The distance between their centers is approximately the radius of the Earth (6.371 million meters). Using those values, you get a gravitational force of 9.8 Newtons which is the same as using the “mg” formula. See how that works?

What if you move 1000 meters above the surface of the Earth? In that case, the distance between the object and the center of the Earth increases by 1000 meters. Instead of 6.371 million meters, it’s now 6.372 million meters. That’s not a significant change in the gravitational force. So, it’s completely fine to use the the “mg” version of gravity for most cases.

But when it comes to escape velocity, we’re not taking about most cases. If you throw something super fast, it’s going to go super high. If it’s fast enough then the object will get far enough away from the center of the Earth so that the gravitational force will get noticeably smaller. This means there’s a chance to escape. There is no longer a constant backwards-pulling force; rather there’s a slowly decreasing backwards-pulling force. It is indeed possible to escape the planet of the humans.

The kinetic energy depends on both the mass of the object and the velocity.

Notice that even though velocity is a vector (and depends on the direction of motion), the kinetic energy is a scalar since it has velocity squared. It does NOT depend on direction. The gravitational potential energy of the system would be:

Let’s put this together. Let’s start with the object in position 1 on the surface of the planet moving with some velocity v1. Later, the object is super far away from the planet (because it escaped) with zero velocity (it just barely escaped). Here is the conservation of energy equation (again, assuming that the planet doesn’t change kinetic energy because it’s so massive).

If you substitute the expression for U and K you can see that the mass of the object cancels. Solving for the initial velocity, you get the escape velocity.

Some things to notice. This escape velocity depends on both the mass AND the radius of a planet. Also, there is no direction in this expression. It doesn’t matter which way you are moving to escape. You don’t have to throw an object directly away from the center of the planet for it to work.

You know I can’t leave this alone without a numerical model. Here it is. You can change the planet mass, the planet radius, the launch speed, and the launch angle. Just click the “play” to start it. It’s fun and awesome.

Finally, I want to include a plot of the energy as a function of distance from the planet. Here it is.

This is a plot for the energy of an object that starts with a velocity less than the escape velocity. Notice that when the total energy is equal to the potential, the object has to stop and turn around. This is the only option since an object can not have a negative kinetic energy that would be required to move past this point (where the total energy is less than the potential). You can’t have negative kinetic energy because that would imply either negative mass or an imaginary velocity (that you would get from taking the square root of a negative number).

But really, you aren’t going to fully understand escape velocity until you play around with it. I recommend playing with the python program above. If you play with escape velocity in real life, you might actually escape the planet—that would probably be bad.