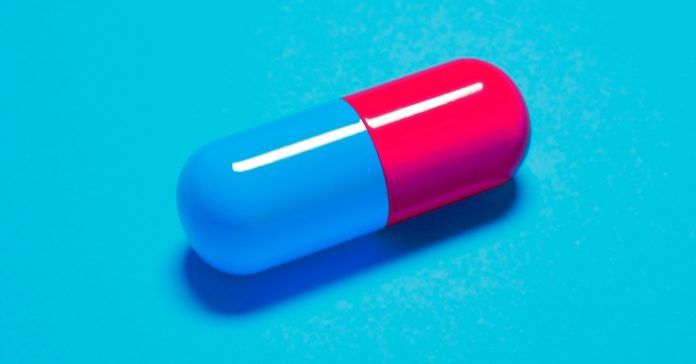 Men and women can’t feel each other’s pain. Literally. We have different biological pathways for chronic pain, which means pain-relieving drugs that work for one sex might fail in the other half of the population.

So why don’t we have pain medicines designed just for men or women? The reason is simple: Because no one has looked for them. Drug development begins with studies on rats and mice, and until three years ago, almost all that research used only male animals. As a result, women in particular may be left with unnecessary pain—but men might be too.

Now a study in the journal Brain reveals differences in the sensory nerves that enter the spinal cords of men and women with neuropathic pain, which is persistent shooting or burning pain. The first such study in humans, it provides the most compelling evidence yet that we need different drugs for men and women.

“There’s a huge amount of suffering that’s happening that we could solve,” says Ted Price, professor of neuroscience at the University of Texas, Dallas, and an author of the Brain article. “As a field, it would be awesome to start having some success stories.”

Modern-day pain control is notoriously dismal. Our go-to medicines—opioids and anti-inflammatories—are just new versions of opium and willow bark, substances we’ve used for thousands of years. Although they are remarkably effective in relieving the sudden pain of a broken bone or pulled tooth, they don’t work as well for people with persistent pain that lasts three months or longer.

Some 50 million people struggle with pain most days or every day, and chronic pain is the leading cause of long-term disability in the United States. Women are more likely than men to have a chronic pain condition, such as arthritis, fibromyalgia, or migraines.

Meanwhile, pain medications are killing us. About 17,000 people die each year from prescribed opioids as clinicians write almost 200 million opioid prescriptions, or more than one for every two American adults.

The failure to include sex differences in the search for better pain relief stems in part from flawed but deep-seated beliefs. “[Medical researchers] made the assumption that men and women were absolutely identical in every respect, except their reproductive biology,” says Marianne Legato, a cardiologist who began sounding an alarm in the 1980s about differences in heart attack symptoms among women. She went on to pioneer a new field of gender-specific medicine.

The physiology of pain is just one of many ways that men and women differ, she says. But she isn’t surprised that no sex-specific medicines have emerged. The medical community—including pharmaceutical companies—didn’t appreciate the variation between men and women, including in their metabolisms, immune systems, and gene expression. “If there were differences in how their drugs worked between men and women, they didn’t want to hear about it,” she says.

The Brain study came about from a unique opportunity at M.D. Anderson Cancer Center in Houston. You can’t take a biopsy of spinal tissue, but researchers were able to study clusters of sensory neurons in eight women and 18 men who had spinal tumors removed. The analysis included sequencing RNA to determine which genes are active in the neural cells. They compared men and women who had a history of chronic neuropathic pain to those who didn’t. Their pain wasn’t caused by the tumors themselves. Some patients had nerve compression causing neuropathic pain, while others didn’t have neuropathic pain or chronic pain at all.

In men who did have neuropathic pain, macrophages—cells of the immune system—were most active. In women, neuropeptides, which are protein-like substances released by neurons, were prominent. “This represents the first direct human evidence that pain seems to be as sex-dependent in its underlying biology in humans as we have been suggesting for a while now, based on experiments in mice,” says Jeffrey Mogil, professor of pain studies at McGill University in Montreal and a leading researcher on sex differences in pain, who was not involved in the Brain study.

Price and his colleagues emphasize that the finding needs further study. But it suggests that a new type of migraine drug that targets a neuropeptide known as CGRP might be broadly effective for chronic pain in women, he says. Women greatly outnumber men among migraine sufferers, and women made up about 85 percent of the participants in the Phase 3 clinical trials of the three anti-CGRP drugs approved by the Food and Drug Administration in 2018. Price wonders if the anti-CGRP drugs aren’t specific to migraines—but to women. His work with mice suggests that the drugs don’t work in males, but block pain in females. “CGRP is a key player in lots of forms of chronic pain in women, not just migraine,” he says.

Tailoring new medicines to men or women would be revolutionary, particularly considering that it took many years for women (and female animals) to get included in pain research at all. Fearful of potential birth defects, in 1977 the FDA cautioned against including women of childbearing age in clinical trials, which meant women used drugs solely designed for men. By 1993, the thinking had changed, and Congress passed a law requiring the inclusion of women in clinical trials funded by the National Institutes of Health. Although clinical trials now include both men and women, they often don’t report results by sex.

Meanwhile, animal researchers continued to use mostly male animals. As a graduate student in the 1990s, Mogil was killing time one day and decided to run some data separately for male and female mice—and discovered the drug the lab was testing worked only in males. When he excitedly told his supervisor, the post-doctoral neuroscientist responded, “Jeff, sex differences are to enjoy, not to study.” (He spent his career studying them, anyway.)

In a 2005 review of research in the journal Pain, Mogil found that 79 percent of pain studies involved only male animals. Only 4 percent looked for sex differences. In a huge leap forward, in 2016 the NIH began requiring most animal research it funds to involve both male and female animals—and to evaluate sex differences.

What is the legacy of the gender-blind research? Mogil once emailed a researcher, asking whether a pain drug worked better in men than women. The researcher didn’t know, and couldn’t pursue the question because the data was controlled by the pharmaceutical company. Mogil was left wondering if drugs that looked promising in male-only animal studies might have failed in clinical trials when the results were blended with those in women, depriving men of a viable treatment.

Medicines that could work best for women wouldn’t make it into the pipeline at all when basic science excluded female animals. Price wonders if unresolved pain among women might have led to their higher levels of chronic pain.

The acknowledgement of sex differences in pain could stir up the field and lead to new advances. Amid the promise of “personalized” medicine, with drugs tailored to patients based on genetic sequencing, developing pain medicines for half the population seems like a no-brainer. “Now there’s a whole new frontier opening up in front of our eyes,” Price says.