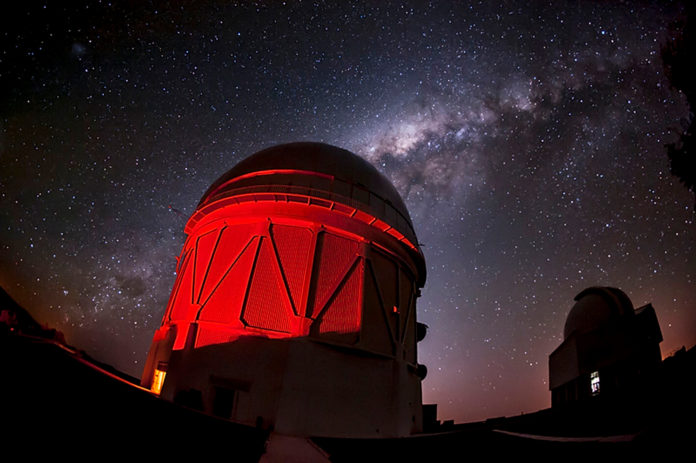 The task ended up falling to one of Dunkley’s former graduate students, Graeme Addison, now a cosmologist at Johns Hopkins University. Addison began exploring yet another way to reckon the expansion of the universe, this time by looking at vibrations from the Big Bang that left an enormous pattern of ripples etched into the distribution of galaxies across the universe. That pattern is visible in the latest large-scale surveys. The size of the cosmic ripples, when combined with other information about the Big Bang, yields a measurement of the Hubble constant.

“It’s a third opinion on what’s going on,” Addison says. That opinion aligns with Planck’s value of 67, “which suggests pretty strongly that you can’t blame this discrepancy all on the Planck data.”

What the Heck is Going On?

Compared with old-school brawlers like Sandage, today’s researchers are a genial and cautious bunch. They begin, sensibly, by considering human error: the possibility that somebody messed up in collecting or analyzing the data. But that’s looking increasingly unlikely.

“If you’d asked me three years ago, I’d have said, ‘The distance ladder is pretty complicated, and there’s astrophysics that needs to be understood.’ But my opinion on that has changed because of the work, mainly from Riess and his collaborators,” Addison says. “They’ve revisited the steps of the distance ladder, done statistical tests, and none of that analysis has shifted the Hubble constant anything near the amount you need to reconcile with Planck.”

Riess ticks off a range of possibilities, any one of which would qualify as a major discovery. Space itself could have a slight curvature. There could be an unknown type of neutrino, a ghostly type of particle that rarely interacts with matter. Dark matter and dark energy could have “funny funky” properties.

Dunkley suspects that the problems with current scientific understanding may go even deeper than the kinds of relatively minor adjustments that Riess describes. “There’s no single extension of the standard model of cosmology that can explain the Planck data and the local measurements and this vast suite of other data,” she says. “We’ve also got big issues to figure out, like why is the universe accelerating, and why did it begin expanding in the first place? I would not be surprised if we’ve got a major upheaval coming.”

The current debate may seem smaller than the one that came before, but it could prove large enough to deliver a whole new universe.